Food, a token for family spirit and festivity, is an essential element of the holiday season, and so is it for charity. A majority of Americans say they will donate more food around the holidays than at any other point in the year—but don’t know how or where to do so, a new survey shows.

The survey, conducted by Wells Fargo in partnership with marketing firm Edelman, polled 1,070 American adults over a one-week period in November.

Eighty-three percent of those surveyed said they are more likely to donate food during the holiday season if they could do so at a convenient place in their local community. The same percentage of respondents feel guilty about throwing non- perishable food items away.

“The holiday season is about families. It’s natural that people donate more food at this time of the year, because food is an important part of family culture,” Jon Campbell, Wells Fargo’s head of corporate responsibility and community relations group, told Observer.

Campbell, who has had a long career working with nonprofits, said one reason for this is the lack of structure of food banks around the country. Unlike well-structured charitable organizations like Habitat for Humanity (based in New York City) and NeighborWorks America (based in Washington D.C.) that have headquarters, food banks generally operate autonomously by region.

“It’s not about the number of food bank locations—but the decentralization of its operation, which makes it difficult to get its message through,” Campbell said.

To make food donation easier—and in the spirit of Giving Tuesday, a movement started in 2012 to encourage giving on the Tuesday after Thanksgiving—Wells Fargo will turn all its 5,900 banking branches into temporary food banks, where people can drop off non-perishable food. In addition, the company will send pop-up food banks to 17 U.S. cities from today through December.

For anyone who wants to help with the cause, Campbell offered three tips to do more good and waste less in this holiday season:

1) Open your pantry and check the expiration dates of non-perishable food. Campbell recommends planning ahead and giving away food that you won’t need early. Track down your local food bank or go to a Wells Fargo location.

2) Volunteer at local food bank. “You can help sort and package food items. Getting your hands on the work is a totally different experience than merely giving out food,” Campbell said.

3) The last one may sound obvious but, nonetheless, should be equally valued: when all else fails, cash is king. You can donate money to reputable charitable funds.

Correction: A previous version of this article inaccurately stated the percentage of survey respondents who don’t know where to drop off food and are unsure of what types of food are needed. 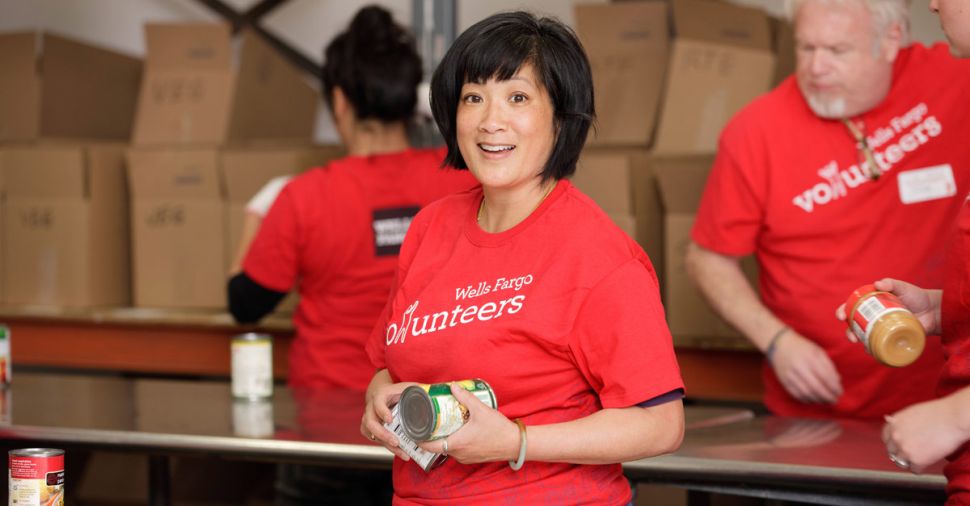