Nick van Hofwegen (aka Young & Sick) fuses music and art in a way few can. He’s created iconic album covers for bands like Foster The People, Maroon 5, and Robin Thicke, all while putting out a steady stream of his own music under the names Young & Sick, Mr. Sanka, Sharer. He’s also written for other musicians including Charlie XCX, Justin Bieber, Gwen Stefani, and others.

His most recent single “Ojai” was released last week and immediately went to #1 on the HypeM charts, played in H&M stores nationwide, and was called “a near-perfect pop song” by popular music blog Earmilk. Nick wrote, produced, and recorded all 10 songs on his debut album. That’s why we thought to make him the subject of our latest profile in Writing Routines, a look at the at the craft of writing, through the eyes of its very best practitioners.

Let’s start with the basics: What time of day do you start writing? Is it easier for you to write early in the morning? Late at night?

I’m at my best during office hours. 9 to 5 is definitely my ideal or maybe 8 to 7 so I can take break and go for a walk. It can be tough when writing with other musicians in LA because nobody wants to start at 9. They want to start at 1 and they won’t show up till 3 or 4 in the afternoon and then want to write through the night. I can write and stay up with them till 4 in the morning, but I’m not bringing my best stuff to the table.

Do you have any pre-ritual habits or routines you do to get into the writing mode?

If I can, I get on my bicycle and ride to the beach and back while listening to a podcast or audiobook. If I can’t do that, then I usually walk to 7-Eleven and buy a Kombucha and a protein bar.

When you’re writing a song do you typically begin with the lyrics or the music?

Always music. I think it’s easier to write a melody and the structure of the song than instantly come up with the lyrics. I’ll come up with them later and change them if I think more thought needs to go into them.

Then when I start writing lyrics, the music will be playing, and I’ll fill in the words. A lot of times, I’ll fill in sounds or gibberish melodies if I can’t find the word quickly. It might be a subconscious thing, but those filler words will sometimes end up staying in the song. It’s weird but it sometimes happens for me and a lot of people I know.

Do you ever find yourself stuck writing? Are there any go-tos that help you get out of that rut?

I don’t really get stuck and I also don’t believe in writer’s block. I might have it easier than others because I have the double medium – I do illustrations and art. If there is ever a moment I don’t really feel one is flowing I can go do the other. It comes from the same part of my brain, but it’s a different activation. My illustrations don’t really come from a lot of thought, they just come from doing. And so it opens up ways to get back into writing. When writing in groups, if I get stuck there might be someone else in the room who isn’t stuck. You’re always gonna help each other back on the horse.

If I write for myself, I always get hyper-personal, and I don’t think about it a lot. I write and create my songs very quickly. And they have to be done in a few days or else they won’t work. The starting idea needs to be done in a few hours, or the song won’t work. And then I either reiterate them into more production over the next couple of days, but if it doesn’t work, I might have to throw it away.

And if I work for other people, I can make up anything, and it doesn’t have to be personal. It doesn’t have to be about my life or anything that I really feel that way. Or, it can be something that I’d understand someone to feel, but it’s not my take on things or feeling. It can be way more open, which is also nice to be able to do that.

You just released a single, “Ojai.” What was the inspiration and writing process like there?

The song was written in Ojai which is a lovely small town, hour and a half away from Los Angeles. I was staying at a hotel there called The Rancho. I just brought my speakers and a bunch of guitars in the back of the car that we drove to Ojai. I sat by myself and just had drinks and got to make a song about taking too much on your plate. Doing too much at the same time, and how that affects you and how you can have, like, a micro-meltdown because you’ve put too much on yourself.

When you try to make money making art it can be overwhelming when you realize there isn’t much security in what you’re doing. There is no reason why it should go well and it’s all up to someone liking it and up to big people like it. Are you going to be influenced by that? Are you going to let that take over? If you made a record, and it did well, is the next one gonna do well?

I made a song about that. A kind of letter to myself. When you suddenly have a team around you and in a way you’re responsible for more than just yourself. It’s not a song complaining about that, but it’s more feeling a bit overwhelmed by it.

The way I got ready for that song, I didn’t. I just had a few drinks and I was in the sun, and it was a nice calm place to make a song, and I just let a very apparent feeling hit myself, hit me.

Have you read any books or anything about the creative process or writing that you’ve ever found helpful?

I found biographies of people that I respect helpful to see how other people do it, but I don’t know if they necessarily change the way I do things.

I think I mostly draw inspiration from the fact that most of the musicians that I like have all struggled to get to where they’re going, and they all took a long time to get to where they’re going. By the time that you know their body of work, they would have worked tens of years already to get there. There’s a book called Wild Tales about Graham Nash, it’s really good. It’s about all his struggles and how he got to where he came. And Scar Tissue by Anthony Kiedes is very good because it just shows you the whole backstory of a band that you might not have thought had had it as hard as they did. Because you will listen to the songs, they all sound happy. It’s a band that I listened to from when I was a kid. And when you read that book, everything makes more sense and the lyrics start making a lot more sense. That said, I don’t think I’d take anything out of these books and implement it on the way I work.

When is a song done?

I can never really tell, but I can tell when I think it’s at a good place. I’m also not a perfectionist. I have a lot of perfectionists around me, and some of the people that mix my stuff or master my stuff, they all have to be perfectionists so they’re better at doing that. Personally, for the Young & Sick music, I rather have it sound rough. Maybe it’s not the best guitar take or the best vocal take or the best anything, but it’s capturing that moment. Even if I re-record something a few years after, which happened with “Ojai,” I tend to not do too many retakes of those vocals that I just did for that because it still has to be a moment, whether it’s a new moment or it’s the first moment.

Jimmy Soni is the co-author of A Mind at Play: How Claude Shannon Invented the Information Age and Rome’s Last Citizen: The Life and Legacy of Cato. 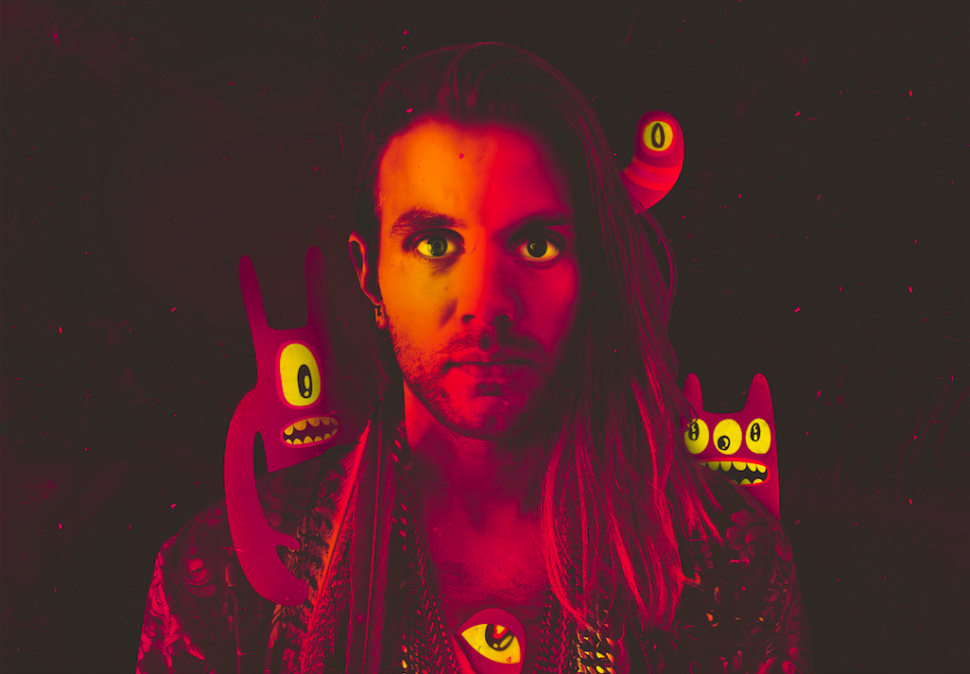