Thanksgiving, which is supposed to be about giving thanks, remembering the story of the Pilgrims, and watching football, can also devolve into family feuds about politics. Having a moment of silence becomes more like a vow to keep quiet, especially about President Donald Trump, Congress, and a whole host of issues. But here’s how politics can bring your family unit closer than ever, according to scholars.

Listen to Others and They’ll Listen to You

Political discussions can sink into people talking past each other. Is there any benefit to listening to other points of view, and even incorporating their argument in the discussion?

Eszter Hargittai, Jason Gallo and Matthew Kane have the answer. Writing in the journal Public Choice, they analyze how conservative and liberal bloggers conduct discussions across the ideological continuum. Those sampled don’t always operate in an echo chamber. “Bloggers across the political spectrum also address each other’s writing substantively, both in agreement and disagreement,” they write. If you want to be heard, repeating yourself isn’t the way to go. Acknowledging the other side will win you attention and respect.

When There’s a Dead End, Pivot to Another Issue

Stereotypes and participant bias make some debates a dead end discussion. But not every family clash about politics needs to fall into such a rut. In their research on climate change, Dustin Tingley and Michael Tomz find that “cooperation could, therefore, emerge from efforts to link climate with other issues.”

At a 2016 election conference that I attended, scholars presented research showing that non-verbal cues matter. Hillary Clinton’s facial expressions were seen as showing contempt for her opponent, costing her with voters who didn’t appreciate those looks. In the article “Reducing Intergroup Bias: Elements of Intergroup Cooperation” in the Journal of Personality and Social Psychology, S. L. Gaertner and co-authors found, “Nonverbal facial reasons matter in response to contributions by in-group and out-group members.” Whether the in-group is your family and the out-group is out-of-town guests, unspoken communications are key. If a picture says a thousand words, how many words are in your grin or scowl?

For Family Cooperation, Find a “Cold War” to Fight Against

The Cold War taught us more than just “duck and cover.” It also taught us how to cooperate against a terrifying opponent. There’s a term for this kind of behavior: “The Cold War Consensus.”

Writing in the journal Polity, noted political scientists Eugene R. Wittkopf and James M. McCormick contend that “a bipartisan consensus about the means and ends of American foreign policy is generally thought to have been party of the American political environment during the Cold War Era.” These authors also note that this trend even survived the contentious Vietnam War.

Your family unit can further unite if there’s a major outside factor to struggle against. Perhaps it’s about facing something as challenging as one member’s personal health care crisis or as simple as coming together to win the best decorated lawn in the neighborhood.

If one had to make a wish on a turkey bone, it should be for social capital, defined by John Brehm and Wendy Rahn as “the web of cooperative relationships between citizens that facilitates resolution of collection action problems.” Who wouldn’t want their family and friends to be able to solve problems in a cooperative fashion this holiday season?

Unfortunately, both scholars find that “individuals…face incentives to behave selfishly, seeking the benefits of cooperation without paying the costs” in their article “Individual-Level Evidence for the Causes and Consequences of Social Capital.” Solutions come in the development of reciprocal relationship and developing trust in others. Agreement with one another is not mandatory, but perhaps one might trust that the opposing family member has the best interests of others in mind, rather than assuming that relative has it in for you because of a clash over a candidate or a policy.

How to Have a Holiday Discussion About Politics

Rather than keeping your lips zipped when talking with immediate family and relatives, embrace the talk about politics. But listen, link issues, watch non-verbal cues, find a common challenge, develop social capital, build trust, and work to build reciprocal relationships.

Also, as the turkey is carved, be thankful that you aren’t in a country like Turkey. Long a democracy, the nation has been wracked by government purges of the population, as well as arbitrary arrests and unlimited detentions. Reporters, teachers, and judges are blamed for “leading the coup,” or more, accurately, following someone falsely accused of the deed. The country is at the top of the charts for biggest fall in freedom scores.

It’s not just Turkey. Freedom House reported this year as the 11th straight where undemocratic countries are eclipsing the free ones. Give thanks that sharing your political opinions is both a right and a privilege in today’s world. 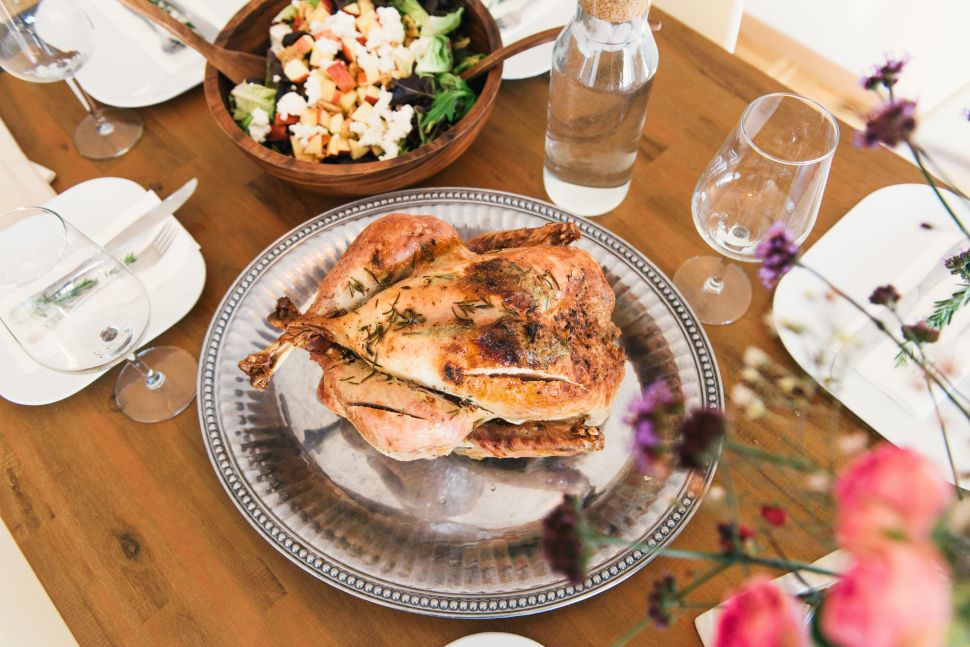