Everyone knows how important fiber is for the body, as it benefits everything from digestive health, to weight management, to blood sugar and cholesterol maintenance. That said, there are many ways to get fiber in your diet, but one of the best sources is an edible, soluble fiber called psyllium husk.

You may have seen psyllium husk marketed as a natural laxative in health food stores, and that’s because this bulking fiber promotes healthy elimination by detoxing the colon quickly and effectively.

I also love it because it’s a known prebiotic, which means that it helps to feed to good bacteria (probiotics) in the gut. But that’s not all it can do. Here are five additional ways psyllium husk benefits the body:

Psyllium husk consumption has been shown to help with triglyceride and blood pressure levels, which in turn lowers the risk of heart disease.

According to research published in the Journal of Diabetes and Metabolic Disorders, psyllium husk is an anti-obesity medicinal plant. This is partially due to the way it encourages elimination and promotes satiety. (3)

As a high-fiber food, it can help manage weight by reducing food cravings, moving the digestion process along, and more. (4)

Can Aid in Blood Sugar Management

In general, fiber can help normalize blood sugar, which is good news for diabetics. It’s been shown to help maintain normal blood sugar in diabetics by decreasing serum glucose (the amount of sugar currently in the blood) and glycosylated hemoglobin (reflecting the average blood glucose level over the past three months), as studies in the Journal of Ethnopharmacology and European Journal of Clinical Nutrition show. (5, 6)

Again, as a source of fiber, psyllium husk helps keep you regular—which surprisingly means that it can relieve both constipation and diarrhea.

And regarding diarrhea, psyllium husk has been shown to relieve moderate cases because it soaks up a significant amount of in the digestive tract to make the stool firmer. (9)

There is a host of research that shows psyllium husk can help lower cholesterol, which is tremendous news for the heart. Time and time again, the fiber has been shown to reduce LDL, or “bad,” cholesterol significantly, as several studies published in The Journal of the American Medical Association have shown. (10, 11, 12)

Now that you know how beneficial psyllium husk can be for overall health, it’s time to talk about how to get more of it into your diet.

You can buy whole psyllium husk or find it in powder or capsule form. If opting for the supplement form, make sure it’s 100 percent pure psyllium husk, as you don’t want any artificial additives or gluten.

It’s best to take one serving of psyllium husk per day to start and gradually increase to a maximum of three servings per day, so that your body has time to adapt. The most common way to take this herb is to mix it with a liquid of your choosing—, juice, milk, etc.—based on the following recommended dosages:

You can also take psyllium husk with pureed foods like applesauce, and the dosage should be similar to the dosages listed above. Additionally, psyllium husk can be used as a vegan egg substitute in baking recipes. This is because it form a gel-like consistency similar to eggs when mixed with . In recipes that call for eggs, simply replace each egg with 1 teaspoon of psyllium stirred into a quarter cup of , and be sure to give the mixture time to set before combining with the other ingredients. (13) 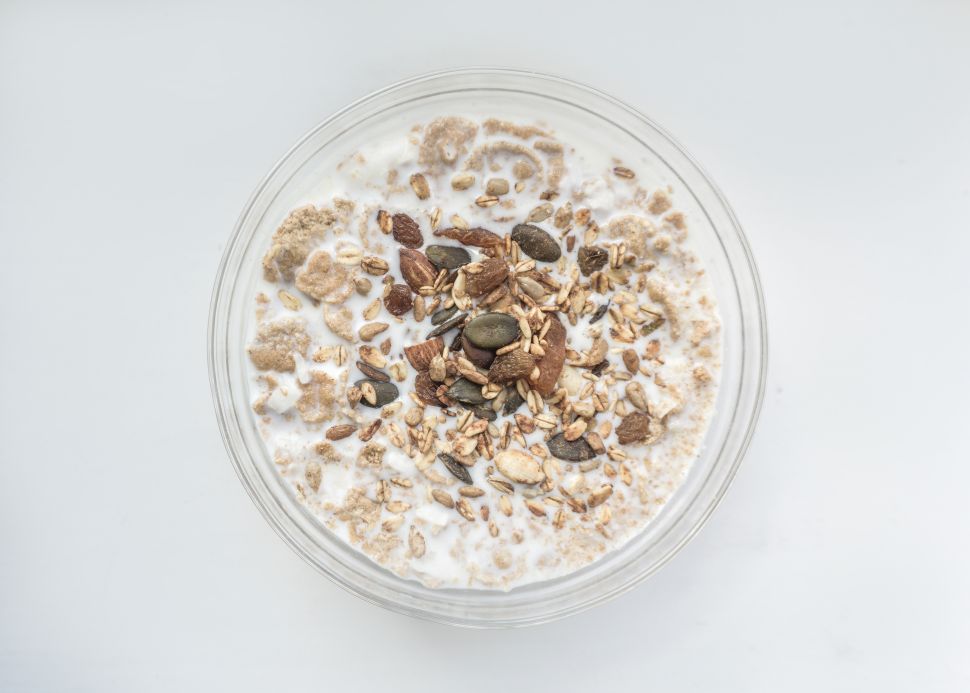