Taylor Lorenz will never forget her fourth day as a reporter at The Daily Beast.

The whole internet was buzzing yesterday about her interview with Scott Rogowsky, the host of the popular mobile game show HQ Trivia. But it wasn’t Rogowsky’s quotes that got the most attention, it was app developer Rus Yusupov’s response to them.

Like any good journalist, Lorenz reached out to Yusupov (who also co-founded Vine) for a quote about Rogowsky. But instead of providing a boilerplate comment, Yusupov threatened to fire Rogowsky if the post was published.

Yusupov objected to Rogowsky’s stated preference for Sweetgreen because HQ doesn’t have a brand deal with the salad chain. He also claimed Rogowsky couldn’t say that “people want trivia,” revealing the host is a contract employee who’s not allowed to speak for the brand.

“If you reached out to an Apple engineer and they gave you information about the new iPhone, would you run it? No, because you’d have to go through proper press channels,” Yusupov said.

Lorenz later informed Yusupov that her story would be reframed around his comments about firing Rogowsky. Yusupov then put the host on the phone and asked him if he thought that was a “good idea.” Rogowsky, not surprisingly, was silent.

Commenters on social media marveled at Yusupov’s ability to “torch literally all the goodwill” HQ Trivia had earned.

But Lorenz (who, again, has worked at the Daily Beast for just one week) told Observer that her gut reaction to the phone call was shock.

“I’ve had people yell at me about stories, but it’s always been around negative press,” she said. “This was a positive, glossy story. It was so not in touch with reality.”

Yusupov, who has a reputation for being extremely temperamental, tweeted an apology for his overreaction.

Q: Who's a cliche, stressed out startup founder? A: me. @ScottRogowsky @TaylorLorenz sorry for being a jerk. Lunch some time? @sweetgreen is great pic.twitter.com/Rr4v5GTNaO

But the damage had already been done. Lorenz was hailed as a hero on HQ Trivia’s chat board, and the app’s server actually got overloaded by fans trying to take part.

When the show finally started, Rogowsky referenced the controversy by calling that night’s show “a completely normal Tuesday.” He also added some extra commentary when he told fans that night’s prize was $1,000.

“You can afford a PR person for at least a couple hours with that kind of money,” Rogowsky said.

This sudden virality may seem shocking, but it was all in a day’s work for Lorenz. She’s only been in journalism for five years, but has already been at the center of the story several times. She was on Amtrak train in Philadelphia last year when it got hit by a blunt object that sounded like a bullet—it turned out to be a rock.

While covering the Freddie Gray protests in Baltimore in 2015 for Business Insider, Lorenz and her husband also witnessed a murder.

And when Lorenz was reporting on the Charlottesville riots for The Hill in August, she got punched in the face by a counter-protester.

The HQ trivia incident may not be as violent as her previous experiences, but she said it was now her “favorite” of the controversies she’d been involved with.

“Living in New York you see crazy shit all the time and say ‘Is this real life,'” Lorenz said. “But this one takes the cake.” 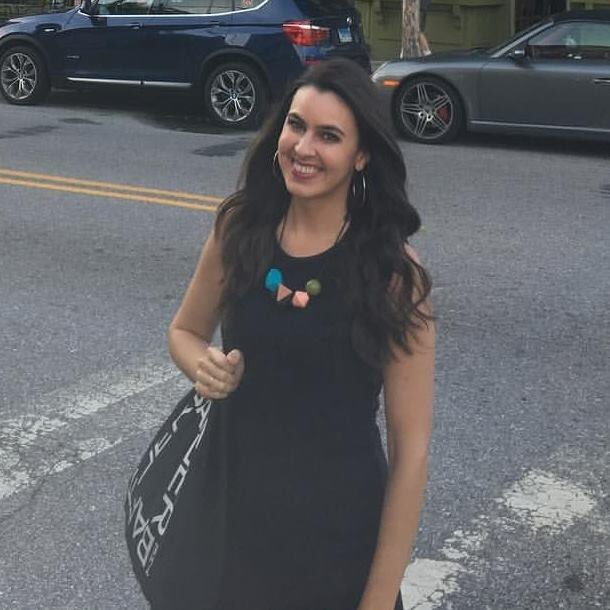