Next Tuesday, November 21, will see the release of Marvel’s Runaways TV series on Hulu. Critics have responded optimistically in early reviews, with Deadline even heralding the show as “A Response to Trump’s America.” Runaways is based on the early 2000s YA comic of the same name, initially written by Brian K. Vaughan (Saga, Y: The Last Man) and drawn by Adrian Alphona (Ms. Marvel, Uncanny X-Force).

The book was a triumphant read for teens growing up in that era, myself included. In a world where most super-teams consist of just one girl, the Runaways, with only two male members, were mostly but not entirely female. Runaways avoided an isolating girl-group trope that rarely makes narrative sense (see: Brian Wood’s all-girl run on X-Men). But reexamining the book now, it seems clear in light of some of our recent political movements that it made pretty bad choices regarding race. Warning: the following is full of spoilers. If you haven’t read Runaways or are planning on watching the show, this may give away some of the plot.

The Runaways comic tells the story of six Los Angeles teenagers who find out that their parents are part of a supervillain outfit known as the Pride. The Pride’s goal is to enable otherworldly entities known as the Gibborim to initiate an apocalyptic event where humanity will perish, with only a few members of the Pride surviving. Each pair of parents fulfills a different supervillain trope, which matches symbolic requirements for the Gibborim’s rites—there’s the Travelers (time travelers), Magicians, Outcasts (mutants), the Wise Men (mad scientists) and the Colonists (aliens). Then there’s the Thieves, who (surprise, surprise) are the only black family—Geoffrey and Catherine Wilder and their son, Alex.

Along with being members of the Pride, Geoffrey and Catherine are the premier crime bosses of Los Angeles. They’re drug kingpins who have the corrupt LAPD serving as their lapdogs. Vaughan seems at least marginally aware of some of the stereotypes to avoid when creating these characters. While Geoffrey does speak in an African American vernacular, the Wilder family live in a house in Malibu, dress in a fairly average style, and have an extensive sports car collection. They’re more Sopranos than Boyz N Tha Hood. But Vaughan still decides to outright classify Geoffrey and Catherine as “thieves.”

The Wilder’s son, Alex, along with the rest of the progeny of these supervillains, starts out the comic ostensibly rebelling against his parents murderous, catastrophic ambitions. But there’s a tragic twist: at the end of the first series, Alex reveals himself as a mole, betrays his teenage do-gooder friends, and the story ends with his death alongside the rest of the Pride. Vaughan would go on to bring back Geoffrey and Catherine in later editions of Runaways, resurrecting them to continue on as thorns in the kids’ side while their mostly-white fellow Pride members remained dead. The Japanese Minoru family of witches are the only other racial minorities among the principle characters of the story.

To be clear, I don’t think there’s anything wrong with having black antagonists in Runaways. Based on the concept of the book, where all the teen protagonists’ parents are villains, you would need to have black villains to have a black hero. Also, it makes sense for Alex to be the mole: Being the son of criminal masterminds, he’s a whiz at planning and organizing. But why did Alex, the traitor, have to be the token black character as opposed to one of the other Runaways? Why are the black villains “the Thieves” as opposed mutants or mad scientists? It seems as if unconscious bias is at play. This may be just a comic book, but the stereotypes on which these characters seem to have been based have real-world, damaging consequences. In the worst cases, the consequences of this pervasive racial bias are lethal. In making these narrative choices, Vaughan has fed into harmful and inaccurate stereotypes that criminalize black citizens of this country.

Taking this into consideration, it would have been better if Runaways had had no black characters at all. And this isn’t the only glaring racial misstep, none of the original Runaways characters are Latino—yet it’s set in L.A. This is more than an oversight in a city where 49 percent of the population is hispanic or latino. Hulu’s Runaways seems to have smartly remedied that, changing the character of mutant Molly Hayes into Molly Hernandez played by Allegra Acosta. And Latina actor Ariela Barer, known for her work on Netflix’s excellent Puerto Rican sitcom One Day At a Time, will play Gert Yorkes, the daughter of  the time-travelers.  Let’s hope the TV adaptation has also made some smarter choices in the portrayal of its black characters. 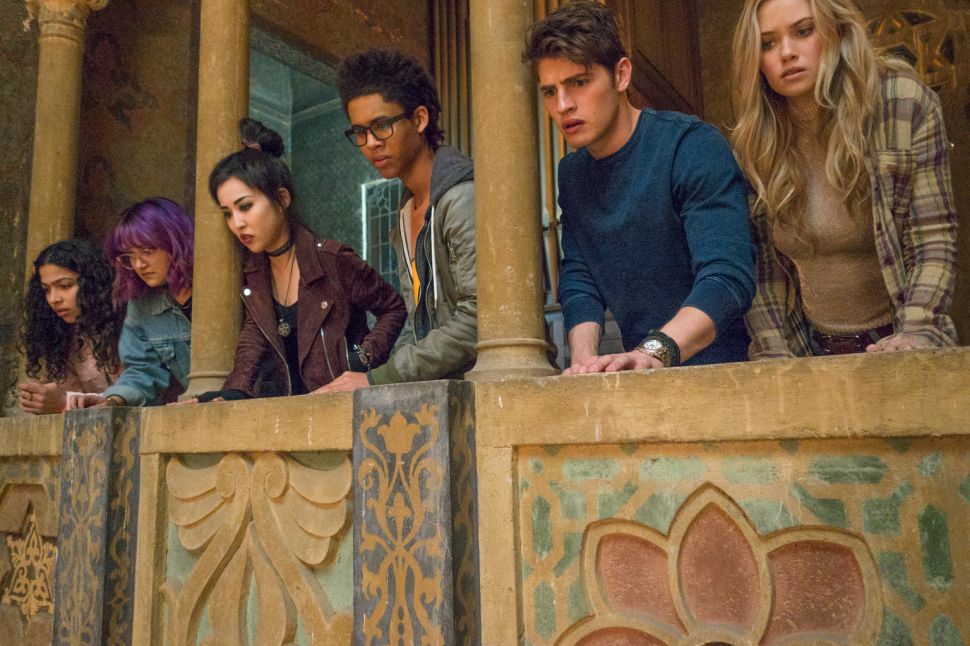