Three Americans—Jeffrey C. Hall, Michael Rosbash and Michael W. Young—found their lifetime’s work studying sleep in the spotlight last month, when the three scientists were awarded the 2017 Nobel Prize in Medicine for their research on how the body’s clock is controlled and what happens physically to trigger sleepiness among humans. In November, a new study on sleep deprivation published in Nature warned that lack of sleep can have terrible consequences, ranging from obesity and mental health issues to an increased risk of cancer, stroke and heart disease. The study also carried a chilling reminder that sleep deprivation causes brain neurons themselves to stop firing correctly. You may even be yawning at your desk now, wondering what the secret sauce is to that sleep trigger.

Happily, there’s a solution that doesn’t involve pills or elaborate contraptions. Drew Ackerman just celebrated four years and 600 episodes of his wonderfully soporific podcast, Sleep With Me. With three new episodes every week, each session is composed of about 50 minutes of ambling, sort-of imaginative tales that are endearingly odd. But they’re not so strange or compelling as to have you riveted. Quite the opposite. They provide just enough to keep you distracted from your aim of falling asleep, without keeping you so animated as to make that task difficult. Working on his stories throughout the week, Ackerman guides his sleepy listener through trips to Trader Joe’s, episodes of Star Trek and random other curious scenarios. The show is a rarity among podcasts because the host genuinely doesn’t want you to listen to the full show; in fact, Ackerman would consider it a failure if you’re still awake by the end of it.

Ackerman, who is known as Scooter to his listeners, has been hosting the show since 2013. His nickname was borne from a character he created that he felt would have a sleep inducing effect: it’s what he imagines it would sound like if Scooter Libby were to take over for Dear Abby. The persona worked, and helped Ackerman plot ever-more hilarious and intricate tales.

These days, Ackerman thinks of himself more like the Harvey Pekar of making people nod off. Like Pekar, he works a routine job and revels in the mundane. “I’m a bit of a curmudgeon,” he told Observer. “I think Pekar was pretty curmudgeonly. I’m able to find the relatable things in my life or that come up for me and then give them in a sleepy way back to people.”

Ackerman himself struggles to sleep every night, and had terrible insomnia as a child. After years of research, he eventually found a method that helped. “I try to have a consistent sleep ritual because I’ve read so much about sleep, and that’s what actually works,” said Ackerman. “I want to be asleep at a certain time, so I stop everything I’m doing an hour before. If all else fails, if I’m really desperate, I get out of bed and read on my couch.” For his own night music, however, Ackerman listens to classical or jazz rather than his own podcast. It’s understandable that following one’s own rambling voice might not have the same relaxing effects on the brain. He knows the agony of the chronically sleepless, and reminds listeners nightly that they are “important enough to have a good night’s sleep.”

A lifelong storyteller, Ackerman started crafting tales from an early age. He remembers them being popular, but not so much for the oratorical style in which they were delivered as their offbeat nature. “All the stories I told were really weird. Once in seventh grade, the whole class was cracking up and I was worried, am I embarrassing myself? It was an Indiana Jones story where he’s inside of a human nostril. I know I’ve always had a penchant for the strange, and I found as I told stories, they would be meandering and dull and goofy.”

Years later, after plenty of ideas and a barrage of self-criticism, he was ready to begin recording his strange tales as a series of bedtime stories. To those who wonder why his podcast works so well on even the most sleep-averse, Ackerman suggests this theory: “I think people don’t have to fall asleep. Like I say on the show, it’s optional. It’s a sleep offering. People feel pressured. Why isn’t this working? Why am I not falling asleep? I think that’s one part of it. And there’s a certain percentage of people who want a silly, goofy bedtime story as opposed to white noise.”

Ackerman meets the challenge of recording the show after four years by finding freedom in his constraint. He deliberately avoids anything too topical. He describes his method as “avoiding politics and anything too intense that’s going to wake people up or stir them up.” He calls it a place of open experimentation. “It’s really freeing creatively even though it’s challenging and it has all these constraints. That’s what keeps me going. It keeps me motivated.” That, and knowing that if he’s helped even a tiny percentage of people be less sleep deprived, he’ll have made a big impact on their lives. 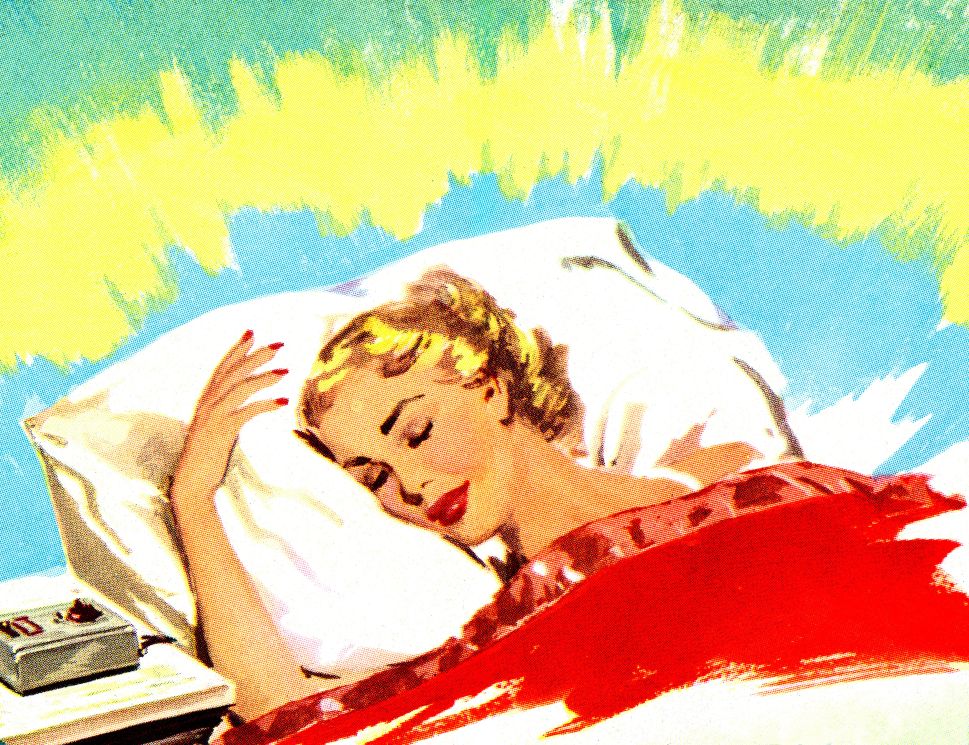