An increased amount of looted antiquities from the Middle East are being sold on Amazon, eBay, Facebook and WhatsApp, The Wall Street Journal reported today. Some of these antiquities are believed to be sold by Islamic State.

In the summer of 2014, the Islamic State started a deliberate, large-scale destruction of cultural heritage in Iraq, Syria and parts of Libya. They blew up temples in Palmyra, an ancient Roman trading outpost located in Syria; destroyed the ancient Iraqi city of Hatra, a trading center on the Silk Road in the Roman Empire era; and robbed Iraq’s Mosul Museum, stealing antiquities up to 8,000 years old.

The Guardian reported in 2014 that these looted antiquities were being sold to finance ISIS activities.

The Wall Street Journal, citing U.S. and European security officials, said that the Islamic State looting has brought a stream of stolen antiquities to e-commerce platforms and social media offered to unsuspecting buyers.

Antiquities trading on the Internet is a grey area for regulation. Neil Brodie, a archaeologist at the University of Oxford, estimates that 80 percent of the antiquities for sale online have no legal documentations, he told The Wall Street Journal.

However, the discovery of illegal selling activities largely depends on reports by buyers, who often don’t have enough knowledge to identify seller legitimacy in the first place. 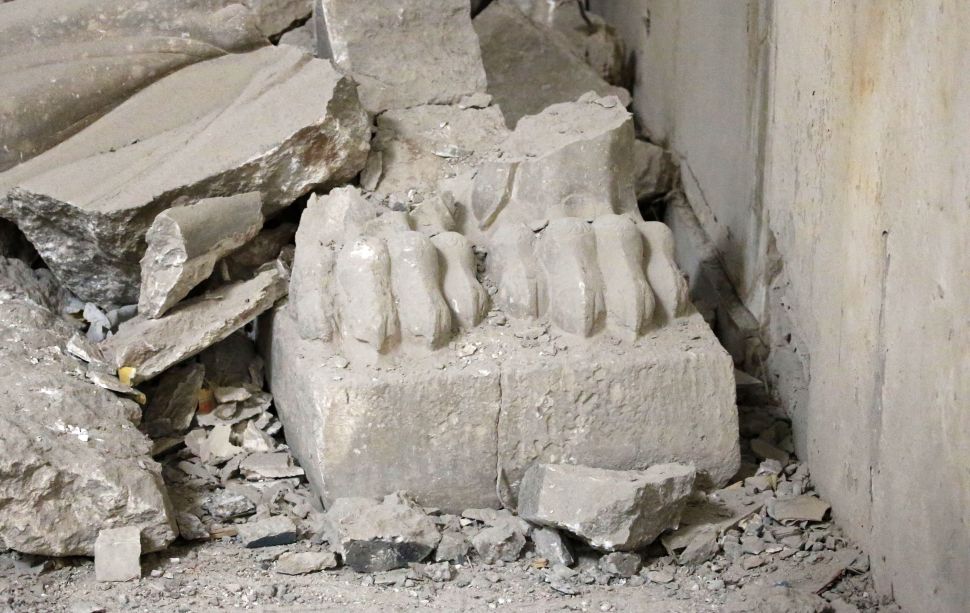