Make no mistake: Providing for America’s common defense is at grave risk. Last week’s column issued the first of a series of warnings.  This week’s column addresses the political, institutional and historical forces that have conspired to put the nation in jeopardy. My next book coming out November 15th, Anatomy of Failure: Why America Loses Every War It Starts, expands on these arguments and offers recommendations and solutions to mitigating and avoiding future challenges to our security including a “brains based approach” to sound strategic thinking.

Since George H.W. Bush, presidents have been unready and unprepared for the office. None fully recognized nor acted on the understanding that the end of the Cold War also ended the relevance of the basic constructs of the 20th century on which national security had rested. Deterrence and containment were two of them.

During the Cold War, deterrence was largely and wrongly defined as mutual assured destruction in which both the U.S. and the Soviet Union possessed enough thermonuclear and nuclear weapons literally to end society as we knew it. Further, both East and West also maintained substantial theater nuclear and conventional weaponry meant to deter war at lower levels of violence. The implicit logic was that by deterring military aggression, so too would political or strategic aggression be thwarted.

In simple terms, military deterrence was sufficient to provide political or strategic deterrence to include incursion across defined borders. Of course, the U.S. was free to intervene where it chose outside of Europe and outside the USSR conflict. The same freedom applied to the Soviet Union, which intervened in Hungary and Poland in 1956 and Czechoslovakia in 1968.

In the 21st century, military deterrence of Russia, China and even North Korea or Iran is far less relevant. Russia was prepared to act against Ukraine and Georgia, both of whom were not and will not be part of NATO. Moscow has no intent of physical attack or aggression directly against NATO. Nor does China. And Kim Jung Un is focused on maintaining power. However, political deterrence is the crucial factor.

In this regard, deterrence needs to be applied to counter Russian “active measures” that are well known to include cyber, intimidation, propaganda, political interference and its military to increase its influence and advance its interests without having to attack NATO. Worse, military deterrence has proven ineffective against newer adversaries who do not possess armies, navies or air forces. Al Qaeda, the Islamic State and the Taliban are among these non-government groups where political or strategic deterrence is far more important than the traditional military component.

Presidents since Bill Clinton may or may not have fully comprehended this dramatic transformation. But none has operated on that basis. Using 20th century constructs to resolve 21st century dangers and threats doesn’t work.

Second, no matter how intelligent presidents may have been, none has had sufficient knowledge and understanding of the conditions in which force would be used. It took 78 days in 1999 to force Serbia’s Slobodan Milosevic to stop murdering Kosovars. Before September 11th, few Americans knew the difference between Sunnis and Shia. Iraq obviously had no weapons of mass destruction. Attacking Libya in 2011 for the wrong reasons has thrust that country into civil war. De-certifying the Joint Comprehensive Plan of Action (JCPOA) that prevented Iran from acquiring nuclear weapons was an act of ignorance of the content of the agreement.

Third, after 16 years of war, the mismatch among American strategy, deployments, force levels and budgets must be put in balance if a “hollow force,” one that lacks the capability and readiness to fulfill its missions, is to be avoided. This is what happened after the Vietnam War.

While presidents call for the best defense in the world, the reality of competing requirements and limited resources always takes hold.  Currently, the U.S. spends about $600 billion a year on defense—about 10-15 times what Russia spends. The chairmen of the Senate and House Armed Services Committees, John McCain and Mac Thornberry, are calling for a defense budget of between $700-750 billion, which is the minimum needed to sustain the current force at current levels of modernization and readiness.

This column has repeatedly asked “who will listen and who will lead?” And who will if we are to provide for the common defense that really defends?

Dr. Harlan Ullman has served on the Senior Advisory Group for Supreme Allied Commander Europe (2004-2016) and is currently Senior Advisor at Washington D.C.’s Atlantic Council, Distinguished Senior Fellow and Visiting Professor at the U.S. Naval War College in Newport, Rhode Island, chairman of two private companies and principal author of the doctrine of shock and awe. A former naval person, he commanded a destroyer in the Persian Gulf and led over 150 missions and operations in Vietnam as a Swift Boat skipper. His next book Anatomy of Failure:  Why America Has Lost Every War It Starts will be published in the fall. The writer can be reached on Twitter @harlankullman. 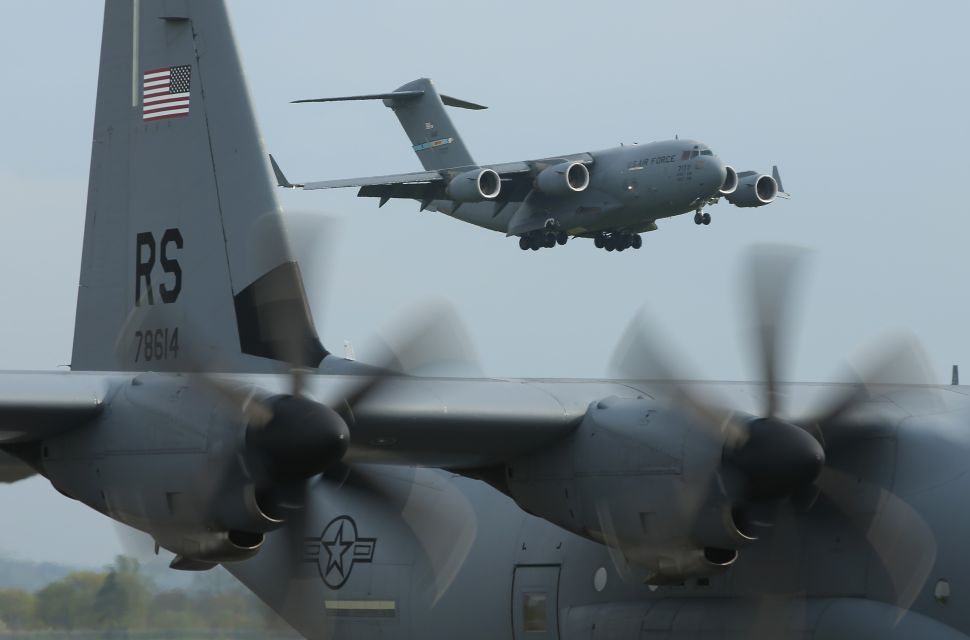