Apple continues to build out its library of original content as it prepares to jump into the competitive streaming war with a $1 billion budget. The company will kick off this new branch with Steven Spielberg and a revival of his Amazing Stories anthology series. Apple is also aggressively pursuing the film rights to the James Bond franchise. Today, the tech giant added to its roster by landing the highly-hyped untitled drama from Jennifer Aniston and Reese Witherspoon.

THR reports that Apple landed the series with a full two-season order (20 total episodes) amidst a competitive bidding war with other outlets. Both Aniston and Witherspoon will star, executive produce and co-own the show. Sources noted to the outlet that the price was in line with other high-profile projects with prominent stars attached. As of now, no scripts have yet been produced, though it is said to focus on morning news.

“The show is described as an inside look at the lives of the people who help America wake up in the morning, exploring the unique challenges faced by the women (and men) who carry out this daily televised ritual. Brian Stelter’s book Top of the Morning: Inside the Cutthroat World of Morning TV — which was previously in development at Lifetime as a TV movie — will provide additional background for the show, which is based on an original concept by [Michael] Ellenberg.”

Though unconfirmed, a recent report suggested that Apple is only looking for four-quadrant family friendly dramas and comedies. That means no cussing, nudity or racy material. Whether or not this new series fits that bill remains to be seen.

Aniston last appeared as a television series regular more than a decade ago on Friends while Witherspoon, who once appeared as Aniston’s younger sister on the show, is coming off the critically acclaimed HBO miniseries Big Little Lies. There’s no doubt that TV is the hot medium right now. Jay Carson (House of Cards) will write and serve as showrunner.

While Apple is aggressively following up on its lofty ambitions, the company has yet to reveal how it will deliver its original content to viewers. Will it be exclusive to the Apple TV? Do you just need an iTunes account or an iPhone? It’s virtually unprecedented to see such A-list talent commit to an outlet without any knowledge of its delivery system, but hey, this is Apple we’re talking about. 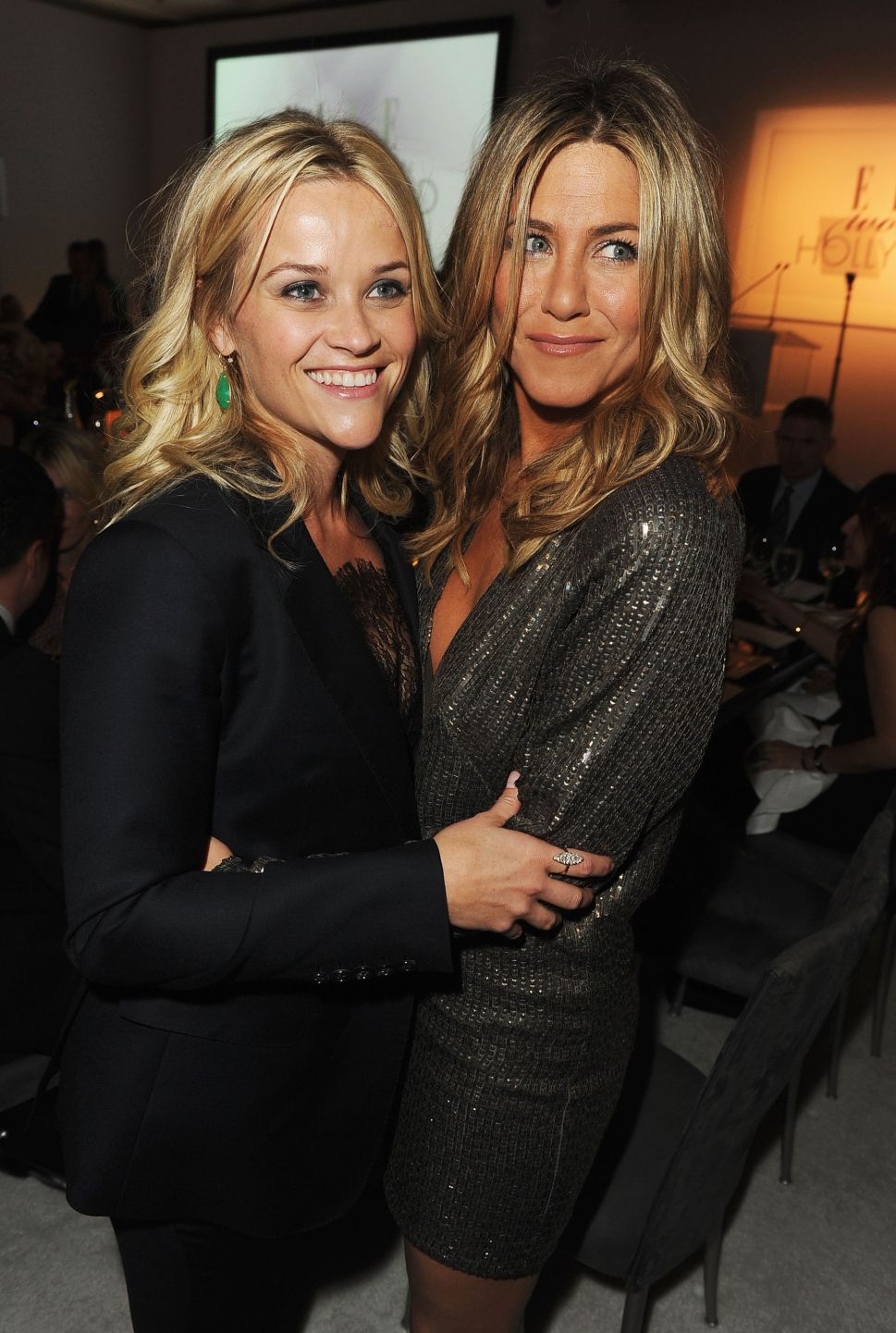