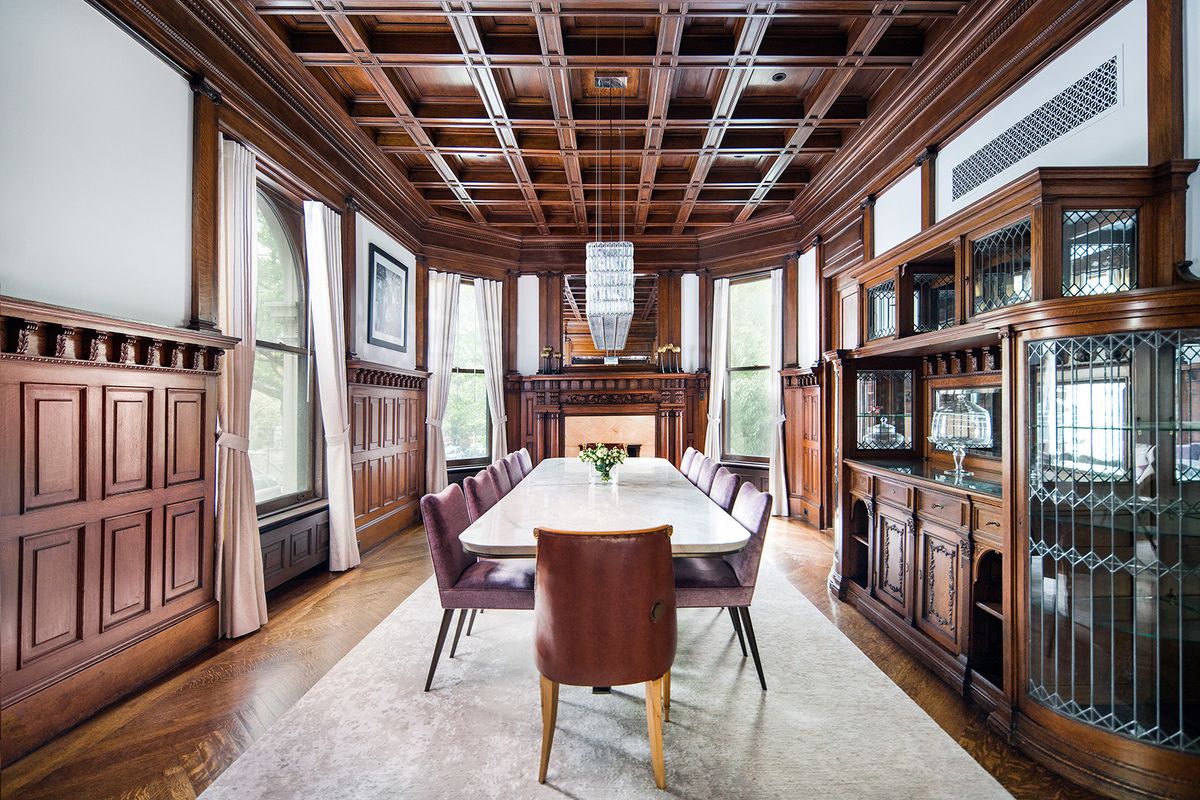 Jennifer Connelly and Paul Bettany once owned this stunning Brooklyn townhouse. Scroll through to see the Park Slope home.
Compass 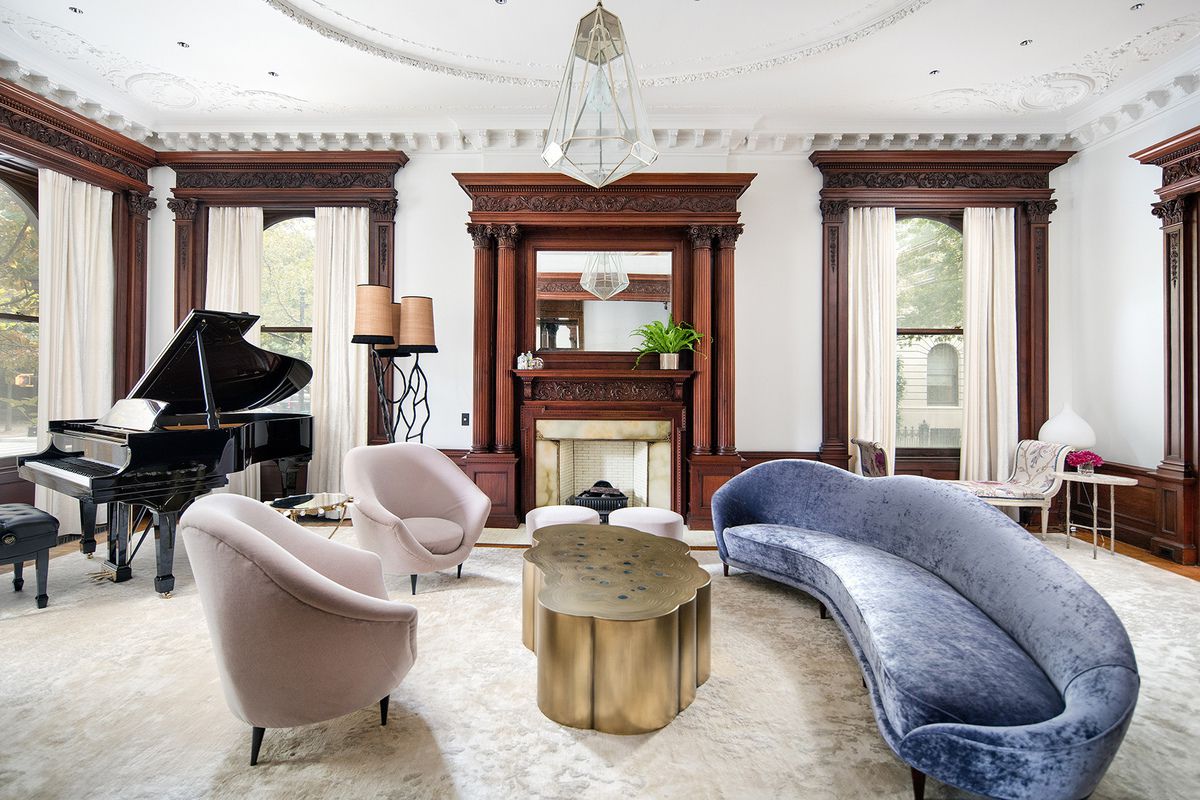 It's back on the market for $14.5 million.
Compass 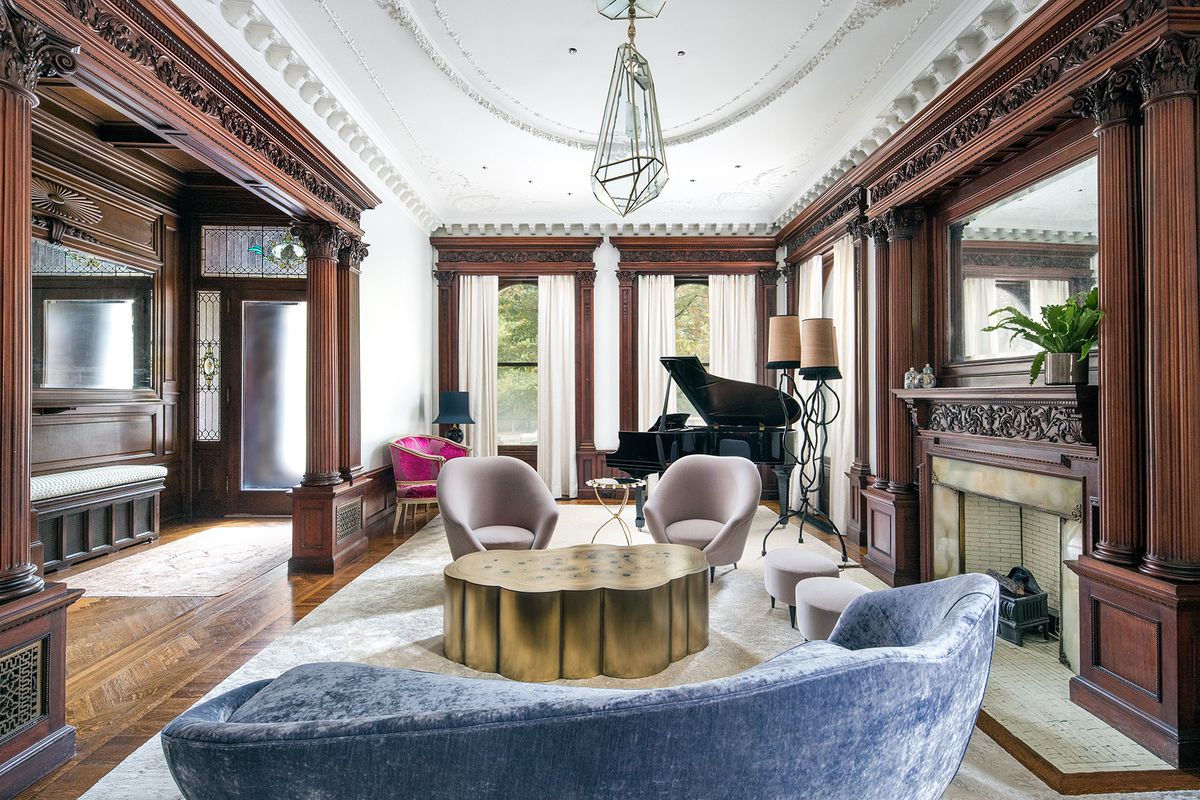 It set a record in Park Slope, the last time it sold.
Compass 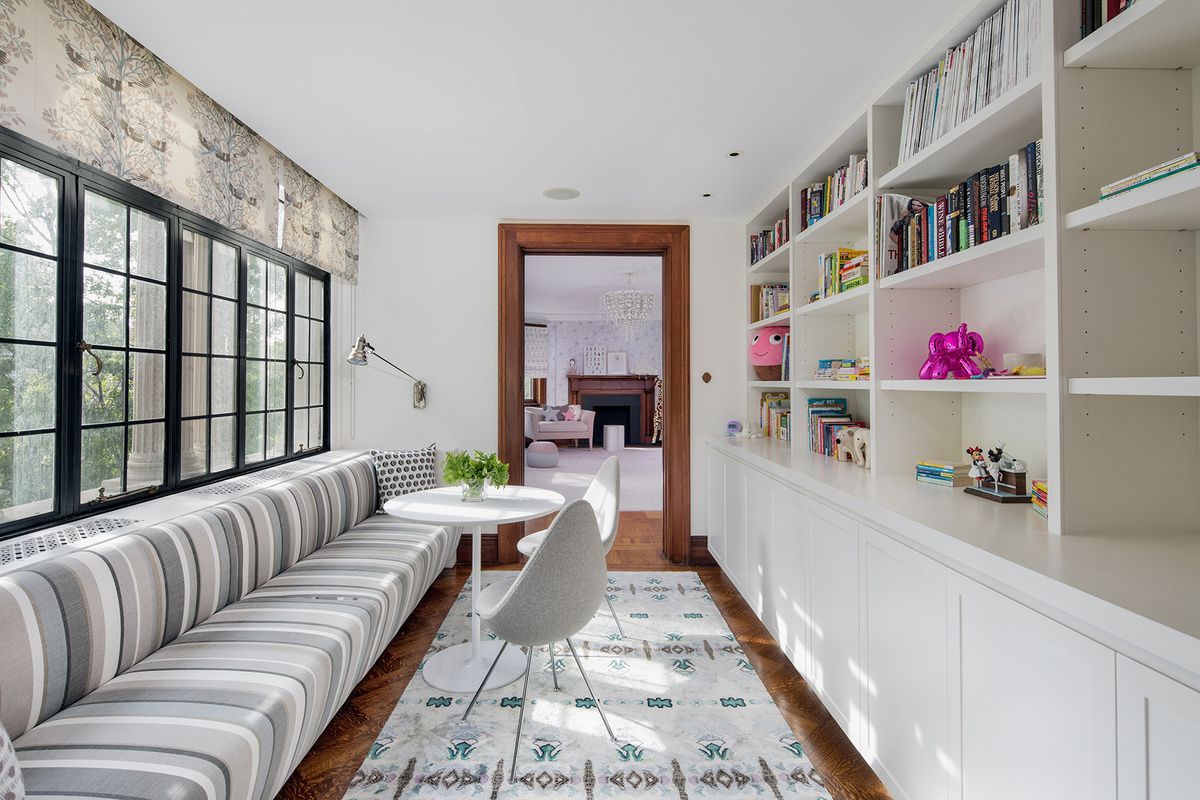 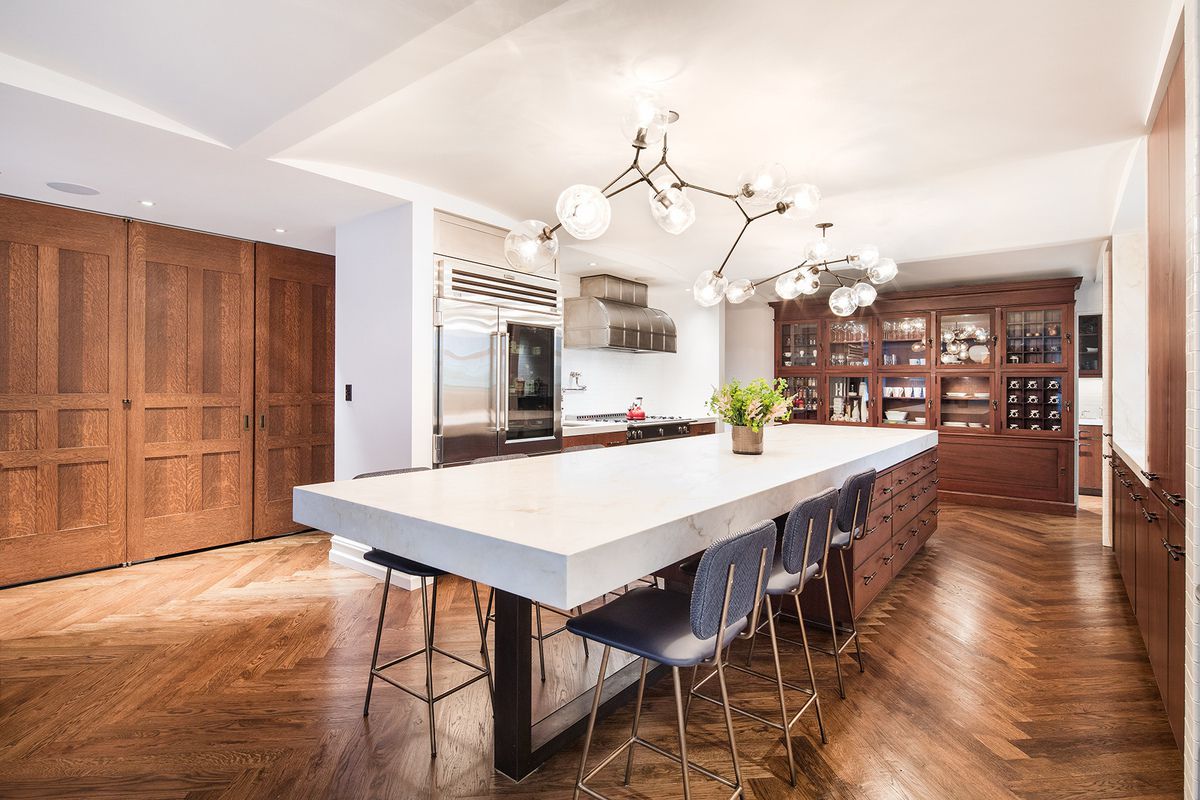 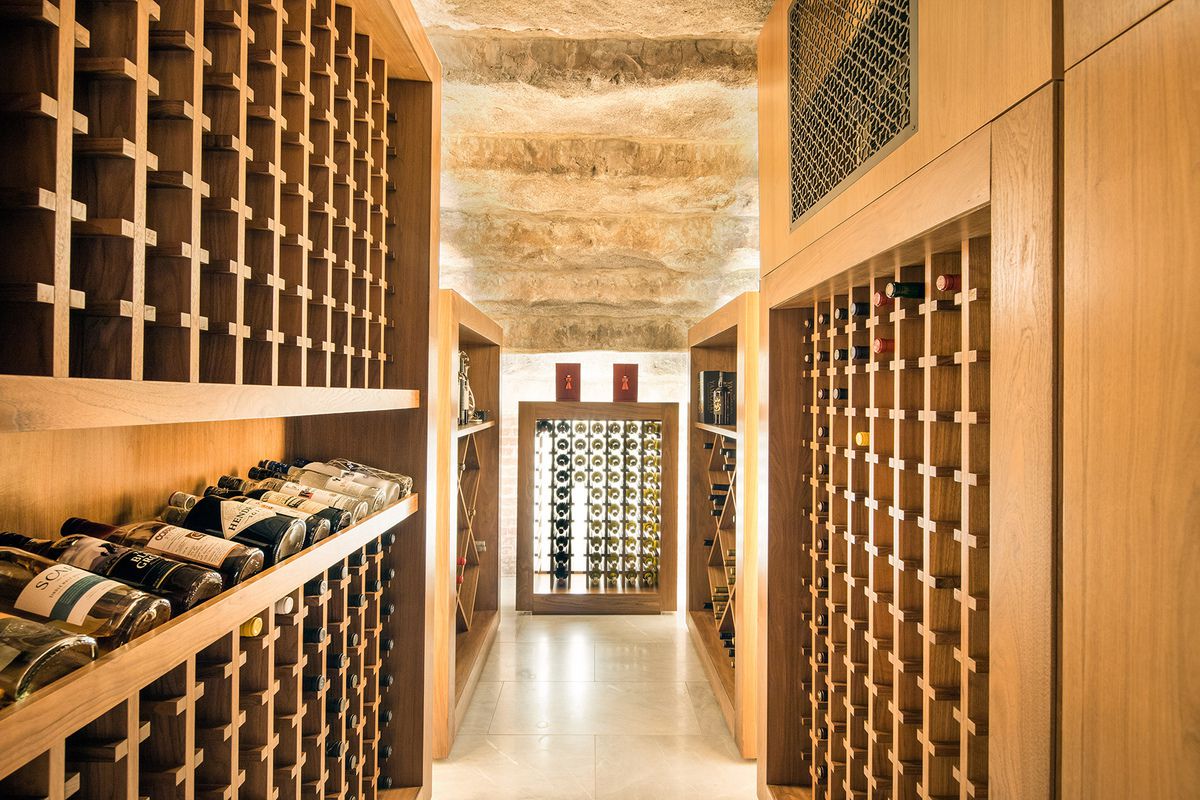 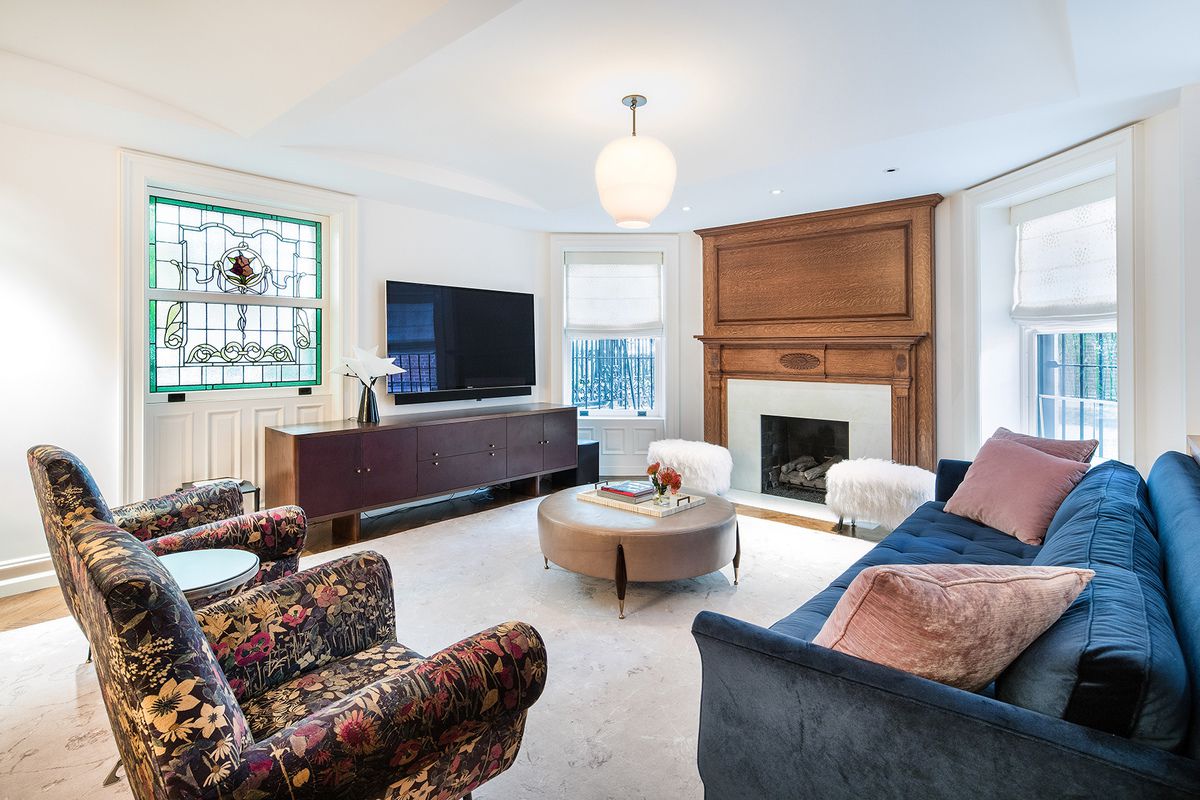 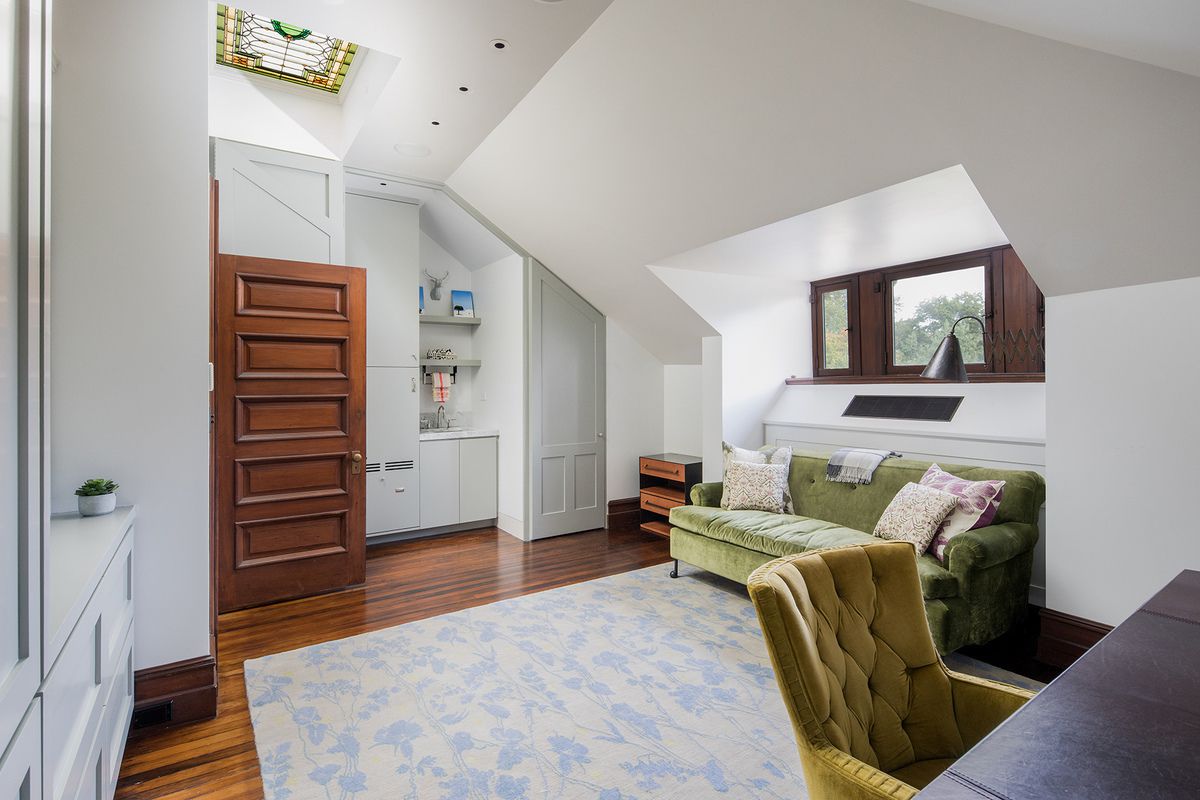 The limestone townhouse was originally built in 1899.
Compass 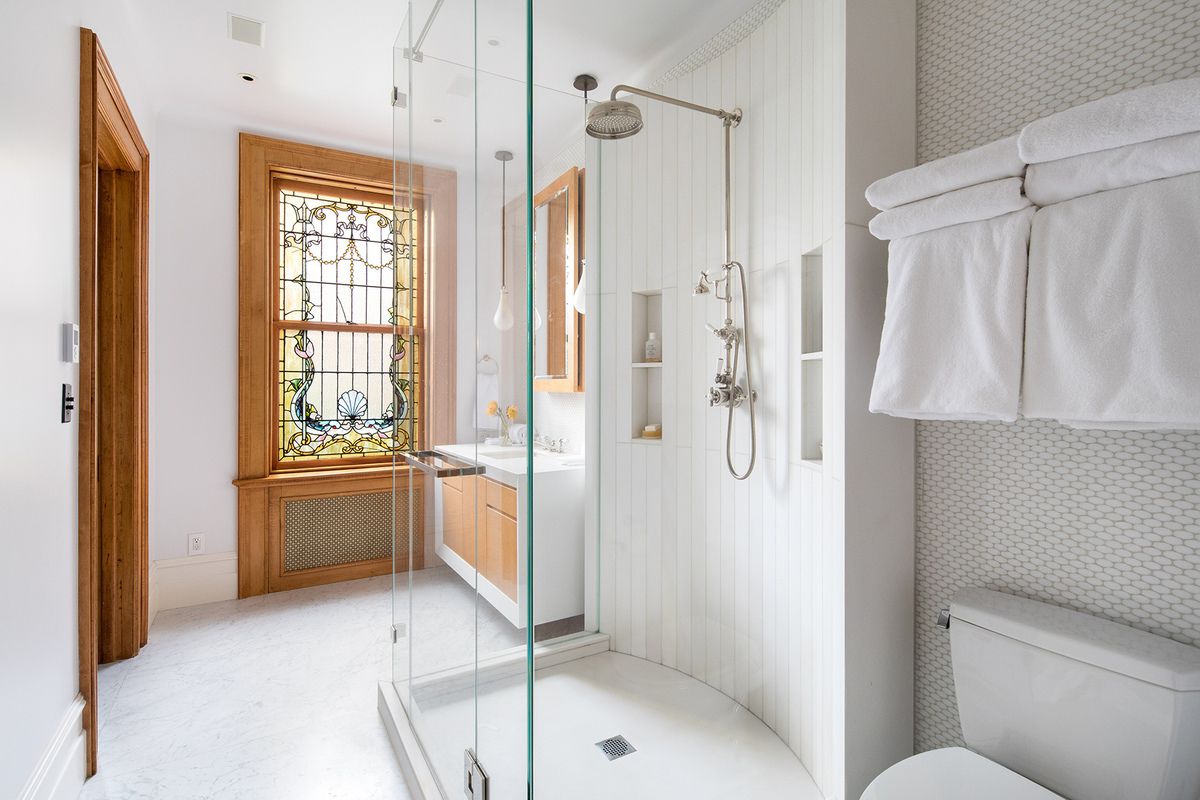 The townhouse is entirely updated, but with original details like stained glass windows.
Compass 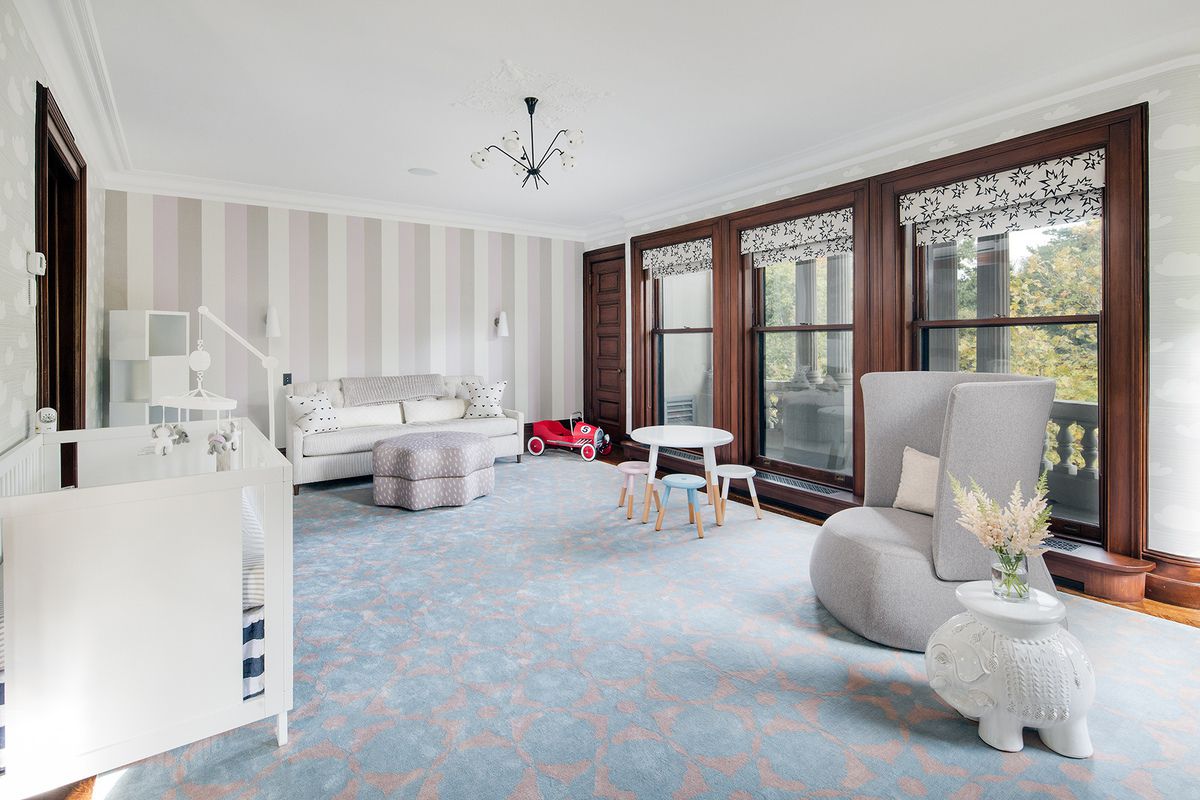 The seven bedrooms are on the top three floors.
Compass
Advertisement 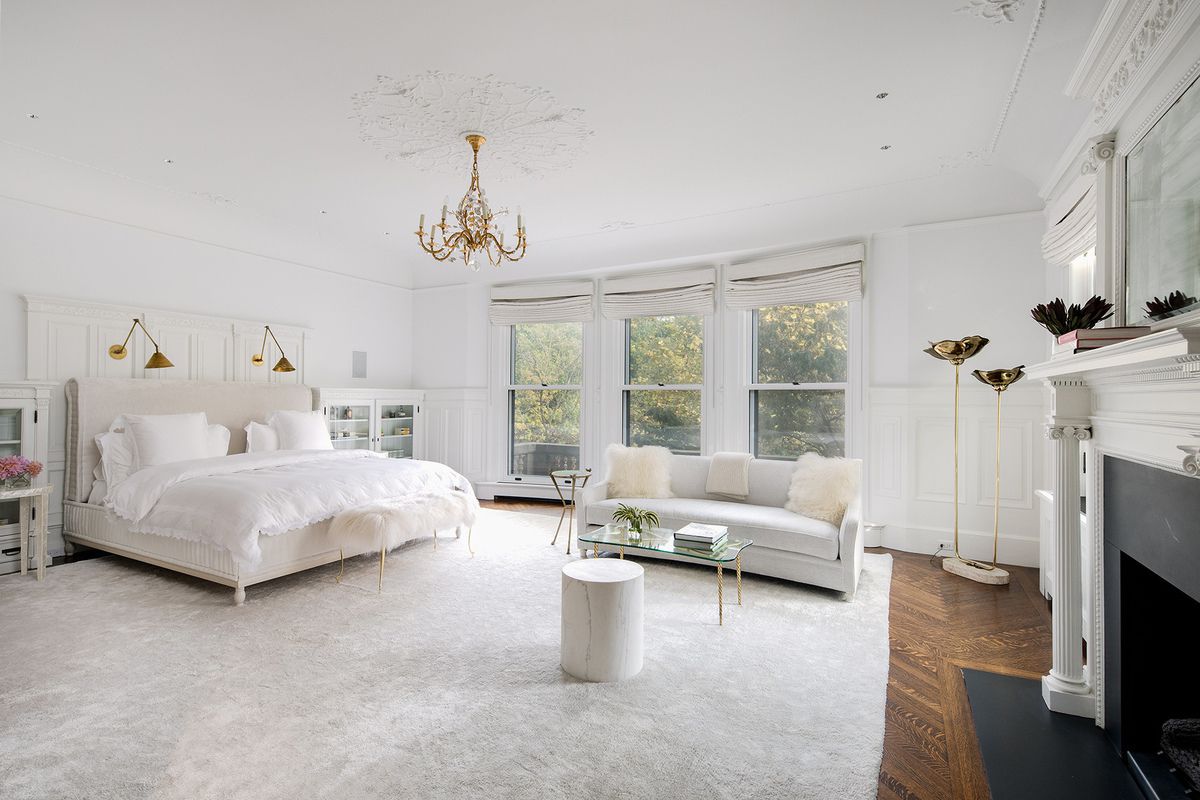 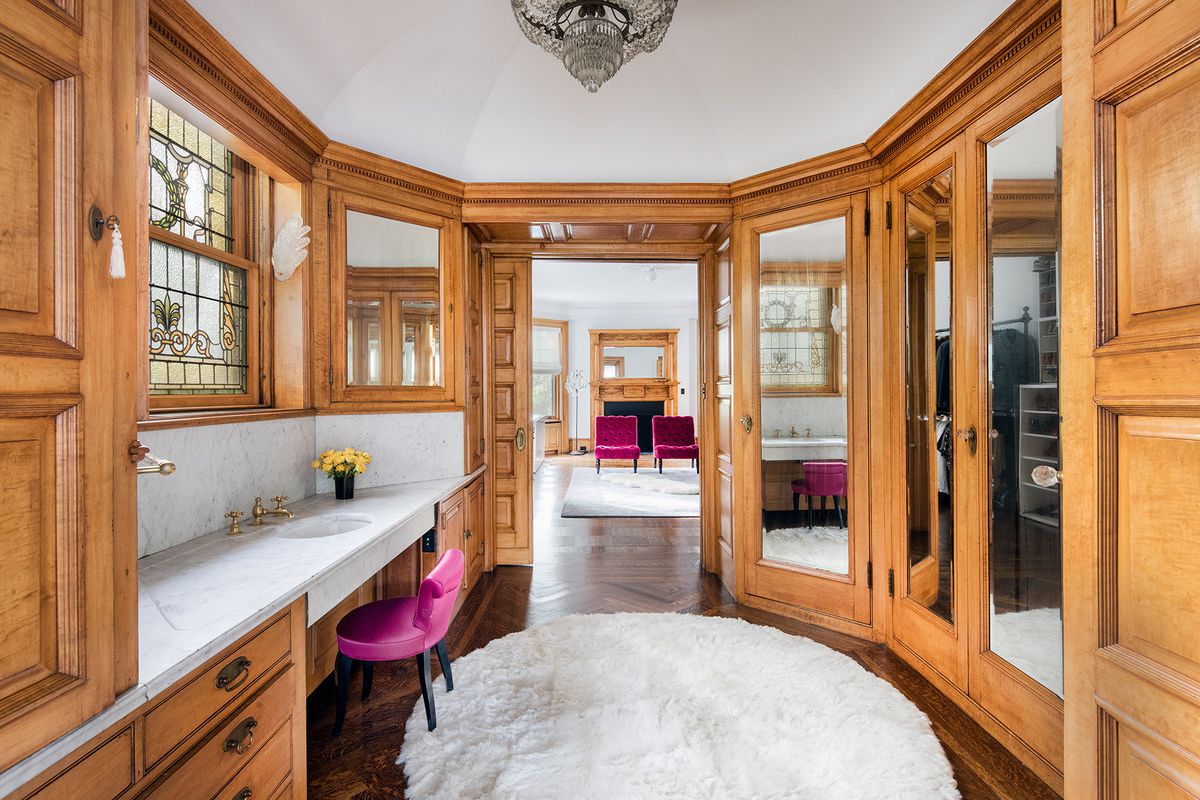 It has an incredible dressing room.
Compass 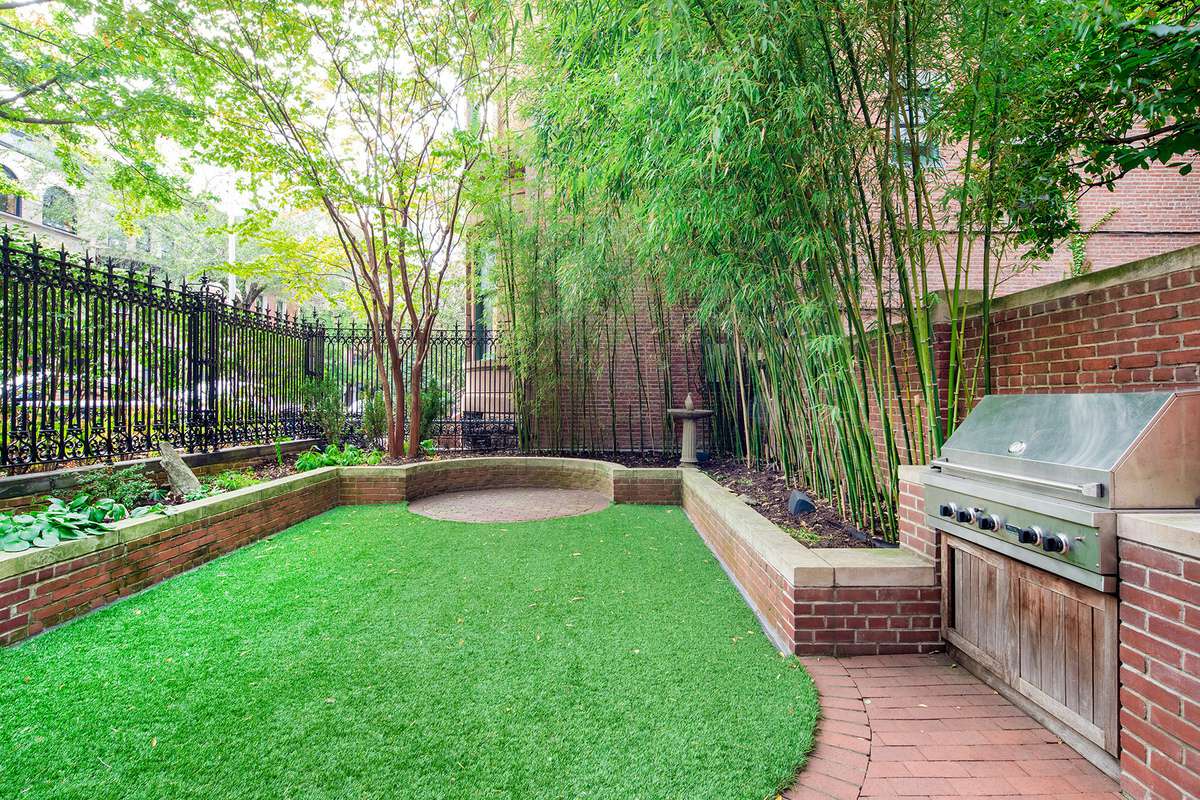 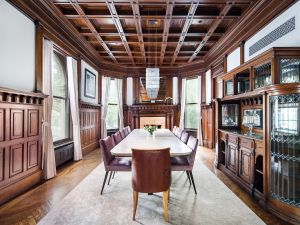 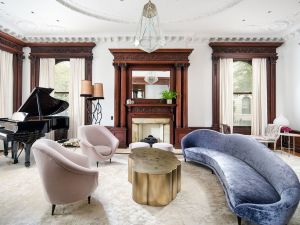 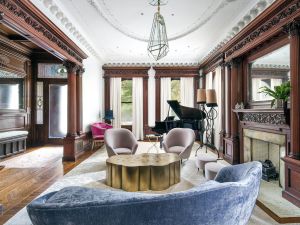 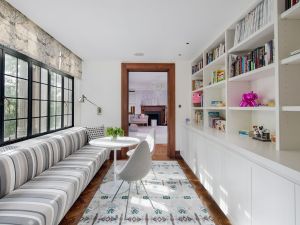 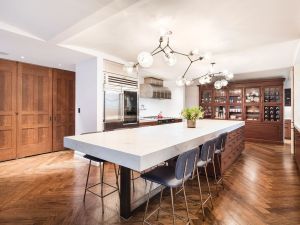 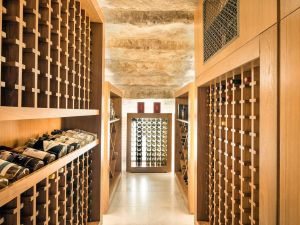 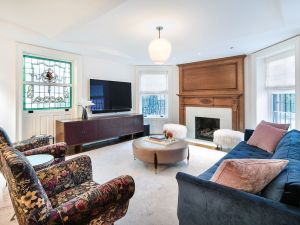 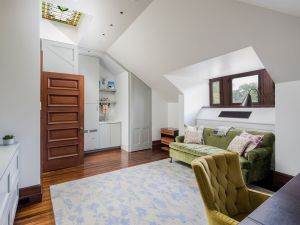 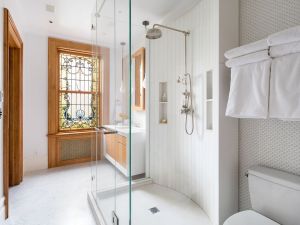 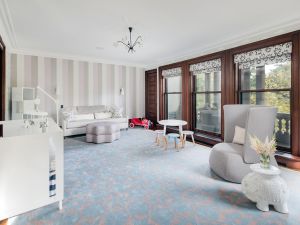 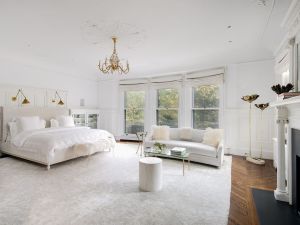 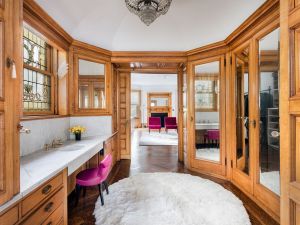 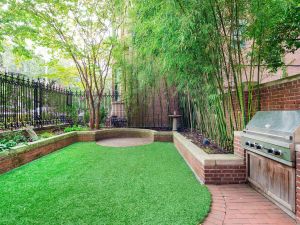 A mansion that once set a record for the most expensive home ever sold in Park Slope is back on the market.

The seven-bedroom, 3.5-bathroom townhouse at 17 Prospect Park West was once owned by Jennifer Connelly and Paul Bettany—the couple paid just $3.7 million for the 6,500-square-foot house in 2003, a bit ahead of the whole Brooklyn trend. Five years later, they sold it for $8.45 million to a Google exec. It was that same tech chief who scored the record sale, when they offloaded the home for $12.4 million in 2015.

Now, the five-story Brooklyn abode is once again for sale, this time with a hefty $14.5 million price tag attached.

The parlor floor features coffered ceilings and carved wood details, and the living room has a gas fireplace with an onyx mantel. There’s another fireplace in the formal dining room, along with a built-in china cabinet.

The kitchen is on the garden level, with a center marble island and a chandelier, plus a sitting area that surrounds yet another fireplace (there are five total) and looks out at the private garden.

The bedrooms are on the top three floors of the residence, including the master suite, with a maple dressing room. The library has original casement windows and a cushioned bench, and there’s also a media room and a kitchenette, plus a 600-bottle wine cellar.

In the time since Connelly and Bettany bought and sold in Park Slope, Brooklyn has seen a major influx (and departure) of famous faces. Indeed, another celebrity pedigreed townhouse is also on the market, just a few minutes away—Emily Blunt and John Krasinski‘s stylish home at 586 4th Street is currently asking $8 million.