Earlier this month, Warner Bros. began to build hype for its newest movie set in the Wizarding World of Harry Potter, Fantastic Beasts: The Crimes of Grindelwald, the sequel to 2016’s original. Among the splashy news released by the studio was a plot synopsis, character descriptions and a cast photo that featured Johnny Depp as the villainous Gellert Grindelwald. While Depp had made a very brief cameo as the character in Fantastic Beasts and Where to Find Them, we argued that WB should just re-cast him with Colin Farrell, who portrayed the character in disguise for much of the film.

As many movie fans already know, Depp was accused of domestic abuse by his ex-wife Amber Heard two years ago and putting him front and center in a feel-good kids movie just didn’t sit right with us and many others. However, it appears as if director David Yates is prepared to move forward with Depp regardless of any outside noise.

“Honestly, there’s an issue at the moment where there’s a lot of people being accused of things, they’re being accused by multiple victims, and it’s compelling and frightening,” Yates told Entertainment Weekly. “With Johnny, it seems to me there was one person who took a pop at him and claimed something. I can only tell you about the man I see every day: He’s full of decency and kindness, and that’s all I see. Whatever accusation was out there doesn’t tally with the kind of human being I’ve been working with.”

Yates went on, noting that many of Depp’s former romantic partners have spoken publicly about their positive relationships with him. This includes Winona Ryder, who said that the actor was “never abusive at all…I only know him as a really good, loving, caring guy.” The two were together for four years.

“By testament, some of the women in [Depp’s] life have said the same thing — ‘that’s not the human being we know,’” Yates said. “It’s very different [than cases] where there are multiple accusers over many years that need to be examined and we need to reflect on our industry that allows that to roll on year in and year out. Johnny isn’t in that category in any shape or form. So to me, it doesn’t bear any more analysis. It’s a dead issue.”

Harry Potter author and Fantastic Beasts screenwriter J.K. Rowling had previously said that she was “delighted” by Depp’s casting, but has not spoken publicly about the domestic violence allegations against him. Heard claimed that he physically and emotionally abused her during their one year marriage and released a photo of her with bruises on her face. Depp’s camp has routinely denied all claims and said that the abuse accusations are “salacious false stories, gossip, misinformation and lies.”

Despite a somewhat soft opening weekend (comparatively) of $74.4 million in November 2016, Fantastic Beasts and Where to Find Them proved to be a leggy hit thanks to the added value connections to the Harry Potter series and an overachieving effort internationally. The film ended its run with $234 million domestic and $580 million overseas for a worldwide total of $814 million, per Box Office Mojo. However, mixed-to-positive reviews didn’t generate as much good word of mouth as the studio would have liked as it embarks on four more planned sequels.

Depp can currently be seen in Murder on the Orient Express while Heard makes a cameo as Atlantean Lady Mera in Justice League before taking on a bigger role in next year’s Aquaman.

Fantastic Beasts: The Crimes of Grindelwald is set to hit theaters on November 16, 2018. 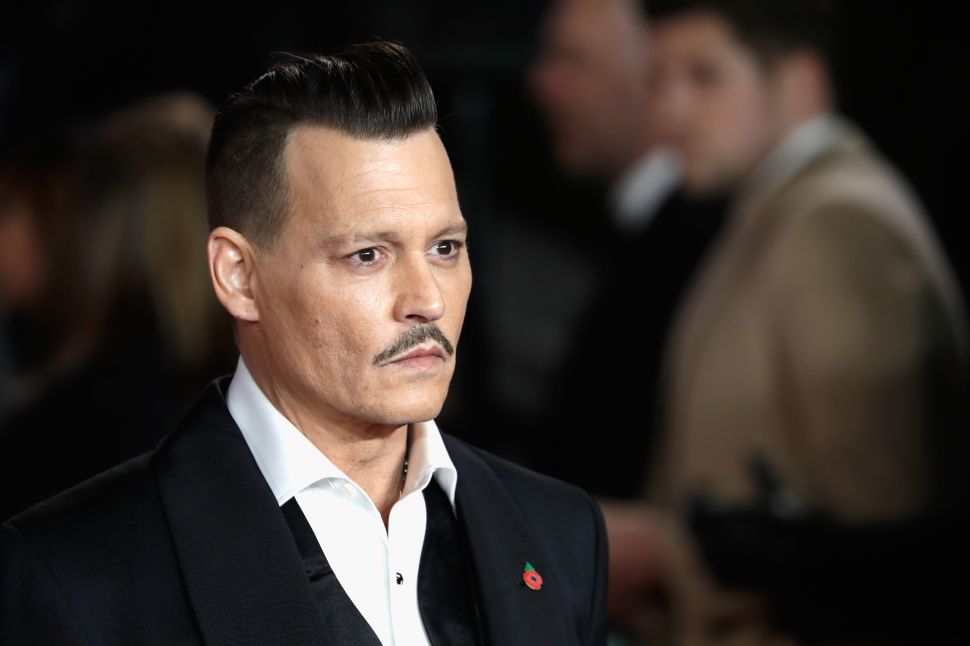