Earlier this week, Kevin Spacey was accused by multiple people of sexual misconduct. But weeks before these allegations went public, the powers that be over at Netflix’s House of Cards attempted to address sexual harassment internally.

“With this issue being front and center in the news right now, this couldn’t come at a better time,” the memo said, per Page Six and TheWrap. “We feel it is important for everyone in the workplace to understand and live these principals [sic].”

Following the Spacey allegations, Netflix announced that the upcoming sixth season would be the show’s last, though that decision has reportedly been in the works for months. Soon after, however, the streaming platform announced that the show was suspended indefinitely.

“Dear Staff, Welcome to Season 6 of House of Cards; on behalf of everyone at MRC, we are excited to be embarking on another exciting season! . . . We are committed to a Harassment-Free Workplace and a comfortable work environment for all of our employees,” the memo reportedly read. The company sent it out a few days after the Harvey Weinstein scandal went public.

“At the top of each production year, we have forwarded our ‘Harassment-Free Workplace Policy and Procedure’ as part of all staff’s employment package,” the memo added. But for Season 6, “we decided to take it a step further and worked to create a program entitled ‘Risky Business’ . . . a [one-hour program] designed to help our personnel navigate any difficult issues that may arise. It will also give you the tools to handle and/or avoid any ‘risky situations.’”

House of Cards season six was scheduled to arrive in 2018. Now, Netflix may be developing a spinoff instead as Spacey takes time to seek “evaluation and treatment.” 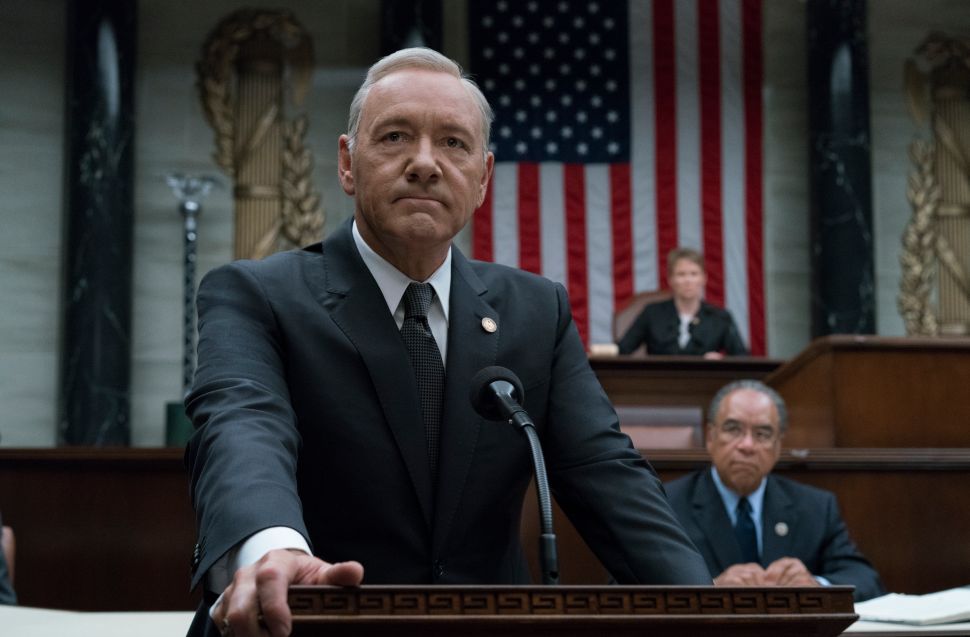