The past week was chock-full of depressing revelations about the fossil fuel industry. I’m not talking about the hot air the Trump administration released at the UN climate negotiations in Bonn promoting oil, gas and coal—which got them jeered off stage. I mean the multiple exposés of the damaging impacts of fossil fuels on our communities.

These environmental impacts are disturbingly tangible, local, and immediate, regardless of what you think about climate change. I’m talking about old-fashioned air, , and soil pollution, from which the Environmental Protection Agency leadership used to care about protecting us.

Last Tuesday, the Clean Air Task Force and the NAACP released an alarming report on the concentrated impacts of air pollution from oil and gas-related infrastructure on the health of vulnerable communities across the U.S., particularly African-American communities. Blacks are disproportionately affected by locally-sited fossil fuel infrastructure. Nationally, African Americans are 75 percent more likely than whites to live in “fence-line” communities—those adjacent to commercial facilities whose noise, odor, traffic or emissions directly affect local residents. Greater than one million African-Americans live within a half-mile of natural gas facilities, often in communities with air quality that fails to meet EPA standards. As a result, among African-American children, the study connects emissions from oil and gas facilities to 138,000 asthma attacks and over 100,000 missed school days each year, at rates much higher than among whites.

That’s business as usual. What happens when things go wrong?

On Thursday, pipeline operator TransCanada shut down its existing Keystone pipeline following a leak of an estimated 5,000 barrels of oil into a field in rural South Dakota. The incident was the pipeline’s third major spill in the Dakotas in seven years, following a 21,000-gallon spill in 2011, its first year of operation, and a 16,800-gallon spill last year—courtesy of a company that claims “safety is our top priority… and our goal is always zero safety incidents.”

“We’ve always said it’s not a question of whether a pipeline will spill, but when, and today TransCanada is making our case for us,” wrote Kelly Martin of the Sierra Club in a statement. “This is not the first time TransCanada’s pipeline has spilled toxic tar sands, and it won’t be the last.”

Not exactly a confidence-builder in the “unparalleled maintenance regime [and] state-of-the-art integrity management practices” that TransCanada claims for its proposed Keystone XL pipeline. And yet, on Monday Nebraska regulators deemed the proposed Keystone XL pipeline to be in the public interest, issuing approval with an amended route. Regulators in Nebraska, the last state to approve the pipeline, curiously were prohibited by law from considering pipeline safety. This green light removes one of the last obstacles to Keystone XL’s construction over the sensitive Ogalalla aquifer, the “massive underground source [that] feeds the middle third of the country, according to Scientific American. Meanwhile, TransCanada is still assessing whether the pipeline will even be profitable and be built.

These troubling facts begin to reveal how dangerous fossil fuel infrastructure is to our health, livelihoods, and natural environments. But such revelations pose little obstacle to the industrialists and deregulation zealots who often control our government. When the facts don’t go your way, it’s time to come up with new facts—a tactic in our federal government that long predates the current administration.

Last week shed new light on this practice. Also on Thursday, Inside Climate News released an investigative story exposing the politicized editing by the George W. Bush administration’s EPA of a science-based report to green-light hydraulic fracturing (“fracking”) of natural gas. The 2004 report stated that fracking was safe for local groundwater, a conclusion that ushered in an era of federal deregulation and a massive fracking boom. The report details how “the scientists who wrote the report disagreed with the conclusion imposed by the Bush EPA, saying there was not enough evidence to support it.” The doctoring of the findings was so blatant that “the authors, who worked for a government contractor, went so far as to have their company’s name and their own removed from the final document.” Their conclusion: fracking can indeed lead to quality risks, including for local drinking from wells. A 2015 Obama-era EPA report confirmed this finding, but long after the horse was out of the barn, and an exclusion of fracking from Safe Drinking Water Act regulations remains in effect.

The good news is that last week’s news also provided a cause for hope: To much fanfare, impresario extraordinaire Elon Musk revealed Tesla’s new electric trailer truck on Thursday night, boasting that his electrics could give incumbent diesel trucks a run for their money. While a revolution won’t happen overnight, moving away from diesel fuel and gasoline is a big part of kicking the fossil fuel habit—just the kind of thing to save us from more weeks filled with environmental doomsday headlines. 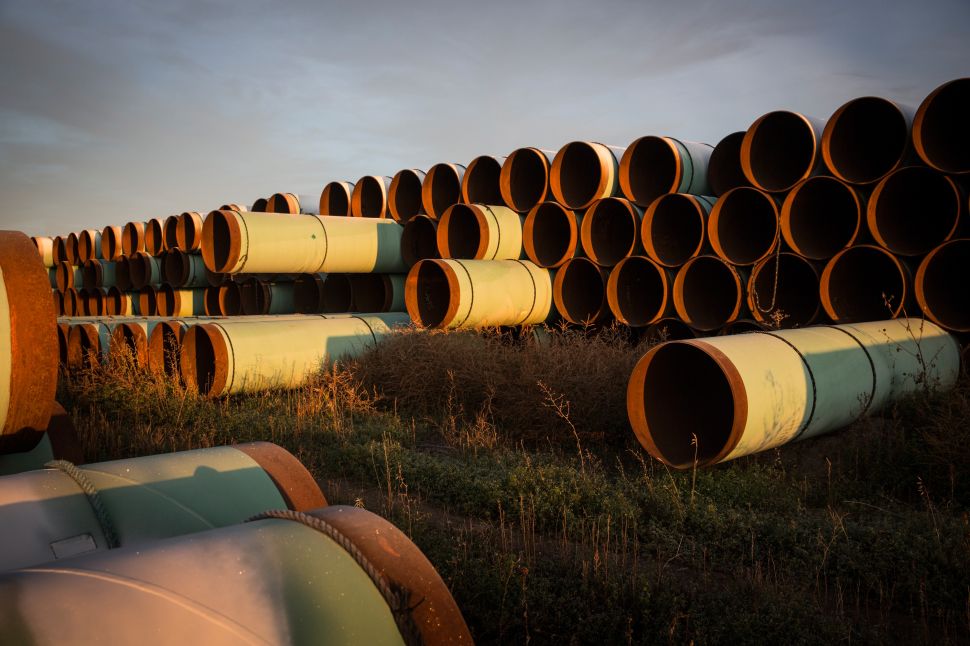