The Champagne Nights Fantasy Bra was designed by Mouawad, a Swiss and Emirati jeweler, and features more than 6,000 precious stones, tallying up to 600 carats. Featuring a mix of diamonds, yellow sapphires and blue topaz, all hand set in 18 karat gold, this over-the-top piece of lingerie took 350 hours to create.

Naturally, Ribeiro is honored to be wearing this bejeweled bra. “I never cried so much in my entire life — and I have a baby,” she told People. “It was so emotional. I couldn’t believe it when they told me. It was so beautiful.”

If you’re unfamiliar with this 27-year-old catwalker, get to know her before the VS show takes place in Shanghai on November 28.

She never thought she’d be a model.

Despite landing a huge role in this year’s VS show, modeling wasn’t always a goal of Ribeiro’s.

“I was supposed to be a nurse, but when I was introduced to modeling it changed. I was like, ‘I want to be a Victoria’s Secret model,’ Who doesn’t wanna be?” she told People.

She’s had a major TV cameo.

According to IMDB, Ribeiro made an appearance on New Girl, in season three. It was the same episode where Prince was also a guest star.

This isn’t her first time on the VS runway.

The model has already walked in five previous Victoria’s Secret Fashion Shows, starting in 2010. Ribeiro sat out the show in 2012, but has been a runway mainstay ever since.

Ribeiro is a mom.

When it's bring your son to work day 😍🤗❤ #StillMyBaby

In 2008, at the age of 18, Ribeiro gave birth to her son, Alexandre Ribeiro. She recently snapped a pic of him, when she was sending him off to his first day of fourth grade.

The model is dating a professional basketball player.

Ribeiro has been dating Jared Homan—who last played for Maccabi Aashdod of the Israeli Premier League—since 2015. He posted the sweetest congratulatory Instagram post for the model, following the announcement that she would be wearing the Fantasy Bra.

He wrote: “Years of hard work and honing your craft has paid off. So well deserved as you are the anchor of support to so many people and have stayed true to yourself on this journey.”

She’s friends with VS regulars Jasmine Tookes and Adriana Lima.

Team all night taking over Ibiza 😎

Last year, Tookes wore the $3 million Fantasy Bra, so hopefully, she can pass on some helpful tips to Ribeiro.

Of her friendship with Lima, Ribeiro said: “She is always helping and such an example and inspiration to all the young girls. She was just open to me and we became friends. I was very happy for that.” 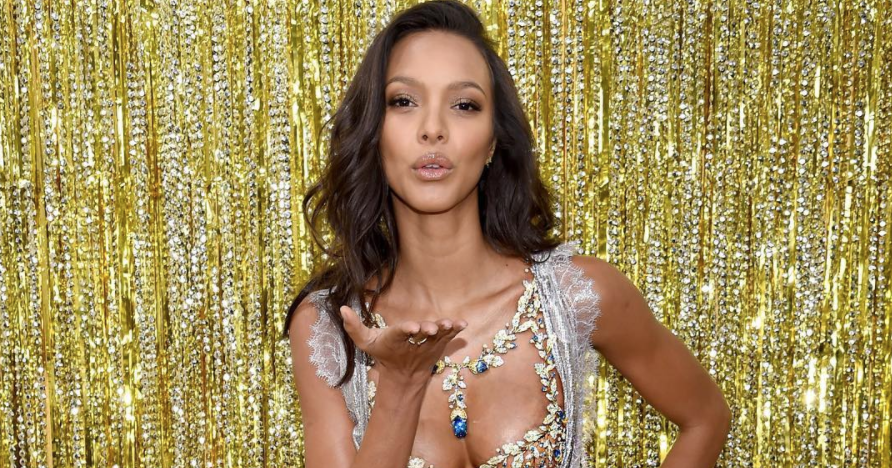