Laura Mercier has officially sold her condo at Walker Tower, just a few months after listing it for $11.15 million.

The makeup maven didn’t rake in quite the amount she was hoping for—the buyers paid Mercier $10.6 million for the two-bedroom, 2.5-bathroom apartment at 212 West 18th Street. But considering Mercier paid just $5.9 million for the 2,148-square-foot unit back in 2013, she still did quite well.

She also reportedly accepted an all-cash deal, so that surely helped.

The building, designed by architect Ralph Thomas Walker in 1929, gained even more attention when its penthouse set a record for the most expensive downtown sale, ever—it sold for $50.9 million in 2014.

Mercier was actually one of the first people to buy into the 47-unit building in Chelsea, but she told the Wall Street Journal in July that since she’s been spending more time in her native France, expanding her business’ European footprint, she doesn’t have the need for quite as large of a New York base. And considering she owns three homes in France, it seems she’ll be okay in that department.

There are floor-to-ceiling windows and French herringbone oak floors with radiant heating throughout the 2,148-square-foot unit, per the listing held by Corcoran broker Vickey Barron. The custom Smallbone kitchen has marble and limestone countertops, plus sleek Miele and Viking appliances.

The corner master suite features double exposures, four closets and a spa bathroom complete with a cast iron tub and steam shower. Mercier did say she’ll be purchasing a smaller pied-à-terre in New York, but it’s not yet clear where exactly that will be—we’ll just have to wait to find out. 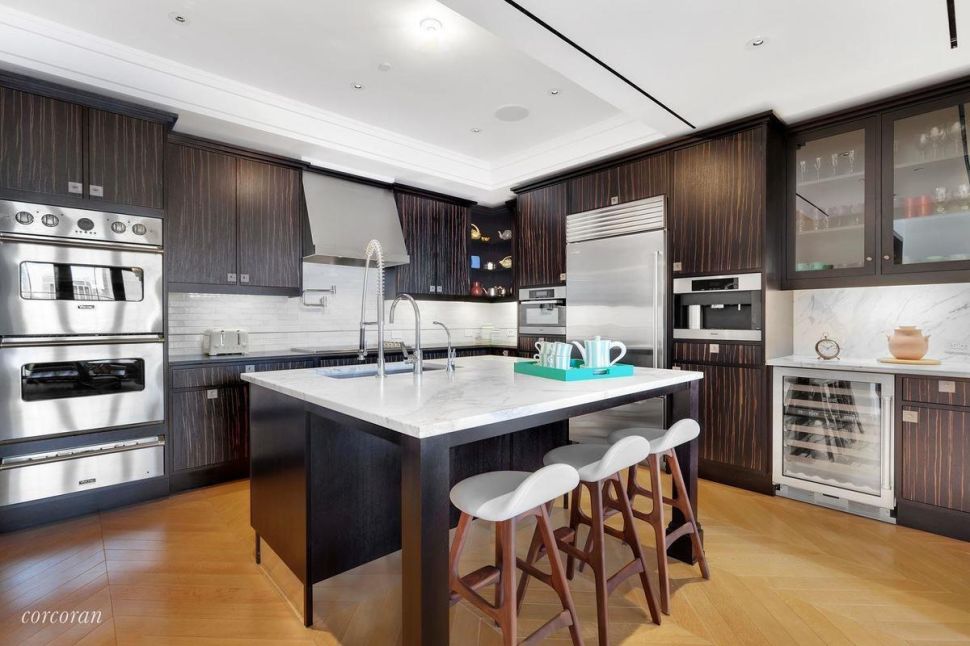