Lin-Manuel Miranda is once again mixing Hamilton with charity. And this time, the entire planet could benefit.

Today the composer and his wife, attorney and engineer Vanessa Nadal, announced the launch of a new sweepstakes which will give one lucky fan and a guest the chance to attend the opening night of Hamilton in London’s West End on December 21.

All fans have to do is make a $10 donation to the Natural Resources Defense Council (NRDC), an international environmental nonprofit. The donation window is open on the online fundraising platform Prizeo through December 6.

Anyone who donates is eligible for the grand prize trip to London, which includes two VIP tickets to Hamilton and the opening night after-party, a meet-and-greet and photo with Miranda, round trip airfare and hotel accommodations for two at the Hyatt Regency London.

“With Hamilton’s first international production, we think it is appropriate to tackle an issue that affects the international community: climate change,” Miranda said in a press release.

A portion of the Prizeo proceeds will also benefit the British charity 10:10, which focuses on community-based solutions to climate change. The Hamilton funds will be used to support 10:10’s project to plant 100,000 trees by 2019.

Miranda is no stranger to musical charity. “Almost Like Praying,” his single for Puerto Rico, raised millions of dollars to support Hurricane Maria relief. He also recently announced that he would star in a San Juan, Puerto Rico production of Hamilton in 2019. Most tickets for the show will be sold through a $10 lottery. 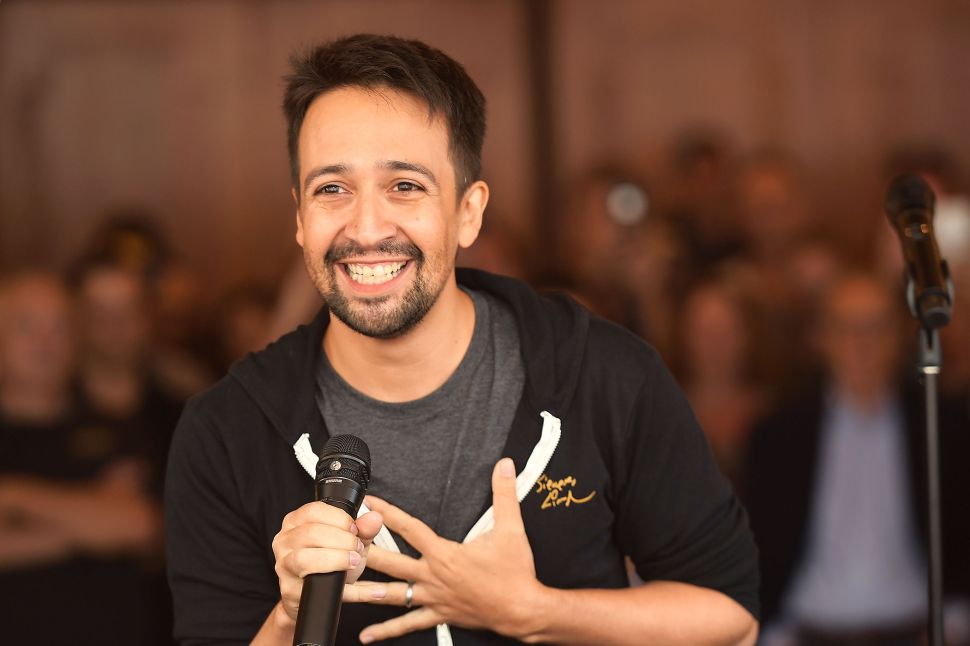