Sadly, sexual misconduct isn’t the only serious scandal ripping through Hollywood. The entertainment industry still has significant ground to cover when it comes to diversity at every single level. We need more women and people of color behind the camera and in positions of power at the studios and we need to stop whitewashing by giving Caucasian performers non-white roles. Thankfully, Disney got at least one of these right.

Deadline reports that Chinese actress Liu Yifei, who is also known as Crystal Liu, has been cast as the lead in Disney’s live-action adaptation of the beloved 1998 animated classic Mulan. The search reportedly stretched across five continents and included almost 1,000 candidates. One of the requirements was that the actress must possess martial arts skills and a command of the English language. Well Liu, who Western audiences may know from Jet Li’s and Jackie Chan‘s The Forbidden Kingdom (2008), fit the criteria and brings quality acting chops to the table as well.

If you somehow haven’t seen Mulan, we feel bad for you. It features one of the 10 best animated Disney songs of all time. We also want to let you know what it’s about so you don’t feel like an idiot when your plugged in friends start discussing the upcoming movie. Mulan is loosely based on a Chinese legend and follows Hua Mulan, a young woman who disguises herself as a man so that she can take the place of her elderly father in a military draft during the fifth century.

Liu, nicknamed “Fairy Sister” by Chinese media, is a major star in China, which bodes well for the box office prospects of Mulan as the country is on pace to become the most integral region to the industry. She first came to fame in China with several popular TV shows in the mid-2000s. Along with The Forbidden Kingdom, Western audiences may recognize her from 2014’s Outcast opposite Nicolas Cage and Hayden Christensen. She’s also a brand ambassador for Dior, Tissot, Garnier and Pantene.

The live-action Mulan adaptation will be directed by Niki Caro (The Zookeeper’s Wife). The 1998 animated hit grossed $304.3 million worldwide. Given the overwhelming box office success of Disney’s other live-action treatments such as Beauty and the Beast ($1.2 billion) and The Jungle Book ($966 million), we expect this new Mulan to crush the previous version’s global take when it arrives in 2019. 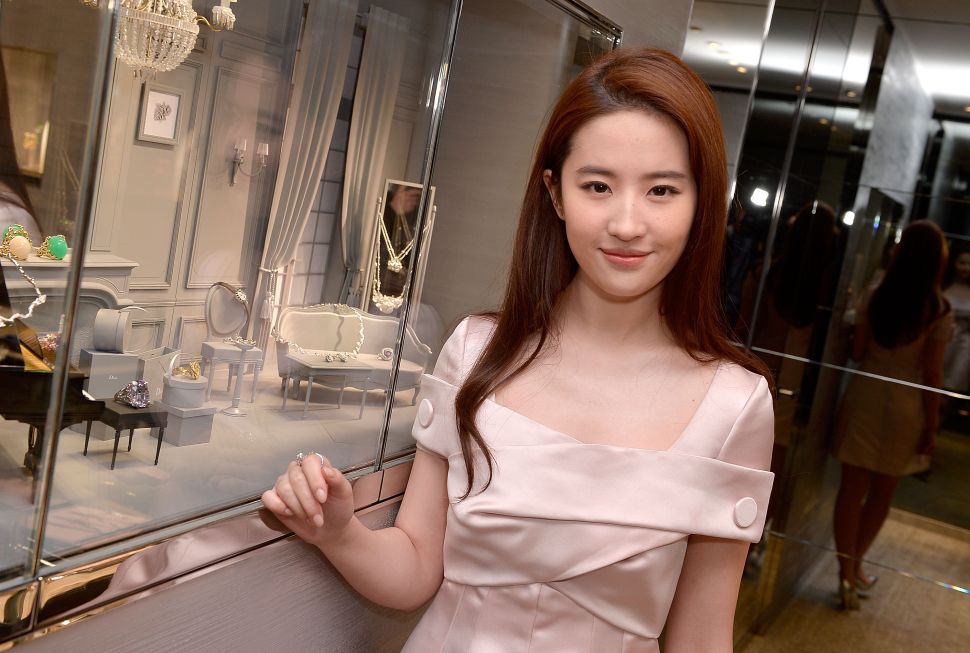