The trading was performed through Kingdom Holding Company, the investment vehicle of which Prince Alwaleed owns 95 percent.

Prince Alwaleed was arrested on Saturday along with dozens of royal members, government officials and prominent business figures in an anti-corruption campaign ordered by Prince Mohammed bin Salman, the first heir to King Salman in Saudi Arabia.

With Prince Alwaleed’s assets likely to have been frozen after the arrest, it’s unclear who performed the trading and when.

Prince Alwaleed is a close ally to Rupert Murdoch, who owns 21st Century Fox. In 1997, he purchased $400 million of non-voting stocks, or three percent, of Murdoch’s News Corporation, the parent company of 21st Century Fox until 2013. Alwaleed invested another $200 million in 1999.

Deadline Hollywood Daily estimates Prince Alwaleed has owned up to six percent of 21st Century Fox. He reduced the stake to 4.98 percent in December 2015.

CEO of Kingdom Holding Company, Eng. Talal Ibrahim Al Maiman, called the detention “business as usual” in a short statement on Sunday. He said the company’s strategy and operation will remain intact.

Since Prince Alwaleed’s arrest on Saturday, Kingdom Holding has put up two CEO statements relating to the matter on the company website. The latest statement published on Monday reassuring the company’s business strength is now highlighted in a pop-up window when the website loads. 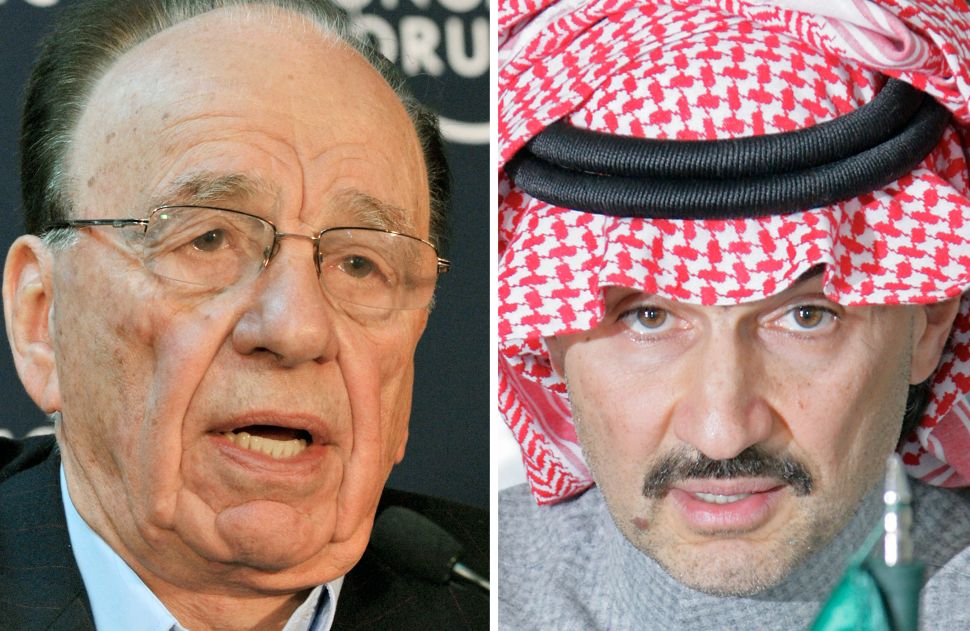