When I began paying attention to retail stories in 2003, it was because a colleague on the national news desk noted in passing, “The only reason Sears would be attractive to anyone would be because of its real estate holdings.” The idea that retailers could live or die based on their physical assets and on their sales cycle stuck with me, and taught me that the revenue line on a balance sheet was only part of any good business story.

I was reminded of that moment when I read Bloomberg’s recent piece on America’s “retail apocalypse,” a story that dives deep into the cascading financial effects of the collapse of chain stores in America. Simply put: When retail chains file for bankruptcy, they don’t pay rent to malls and shopping centers. That lowers the amount of revenue those businesses generate—affecting the local tax base and hosing down real estate markets. In turn, real estate investors take a bath. When chains don’t file for bankruptcy, they often buy time by refinancing their operations, assuming a lot of high-yield debt and hoping for a turnaround.

The overall economy is staring down a deadline, and retail is the leading indicator of what’s to come. As Bloomberg reported:

Just $100 million of high-yield retail borrowings were set to mature this year, but that will increase to $1.9 billion in 2018, according to Fitch Ratings Inc. And from 2019 to 2025, it will balloon to an annual average of almost $5 billion. The amount of retail debt considered risky is also rising. Over the past year, high-yield bonds outstanding gained 20 percent, to $35 billion, and the industry’s leveraged loans are up 15 percent, to $152 billion, according to Bloomberg data.

Even worse, this will hit as a record $1 trillion in high-yield debt for all industries comes due over the next five years, according to Moody’s. The surge in demand for refinancing is also likely to come just as credit markets tighten and become much less accommodating to distressed borrowers.

What this means is, store chains that have been relying on refinancing to delay a reckoning are going to be facing their debt decisions very soon. And when they can no longer afford to stay in business, brace for the effects to be felt in your community.

So what? The National Retail Federation took a look at the economic impact of retail on the U.S. economy, in a study underwritten by American Express, and came up with some numbers that demonstrate the disproportionate impact chain retailers have on the economy.

But zooming back up for a moment: Sixty percent of all retail jobs in America come from large retailers, and so does about 62 percent of all retail labor income (i.e. wages, salaries and benefits plus proprietor income)—to the tune of $514.7 billion. (The 29.8 million U.S. retail workers, in the aggregate, earn $822.5 billion annually—that averages out to approximately $36,555 per worker per year. As we have learned with the labor figures, there is no connection between the number of jobs any sector creates and how well those jobs pay.)

We’ve seen a wave of bankruptcies and restructurings already this year, with thousands of retail workers losing jobs. Believe it or not, we’ve avoided lot of the worst-case scenarios with these chains going kaput—refinancing to buy some time for a turnaround has kept several jobs afloat. What happens when all that debt comes due? How many retail workers will find themselves unemployed?

Who cares? Retail workers should. They’re not the ones who set up crazy debt deals, but they will be the first ones out of work when their employer goes bankrupt. It’s easy to see the “Help Wanted” signs right now—heck, every time I walk into my local Target, there’s a hopeful-looking person manning a table with applications—but Christmas comes only once a year. People need to buy groceries a whole lot more often, and seasonal retail work won’t help come summer.

Real estate companies are also going to be keeping an eye on the goings-on. Smart companies may be shifting away from retail outlet holdings and eying the opportunities e-commerce presents: fewer storefronts but more warehouses and distribution centers. It’ll be interesting to see if any of these companies try to take their dead malls and turn them into e-commerce fulfillment centers—after all, they’ve got the space, the parking lots and the highway access. Why not see whether these temples to the social retail of the 1970s can be retrofitted for a new way of shopping? 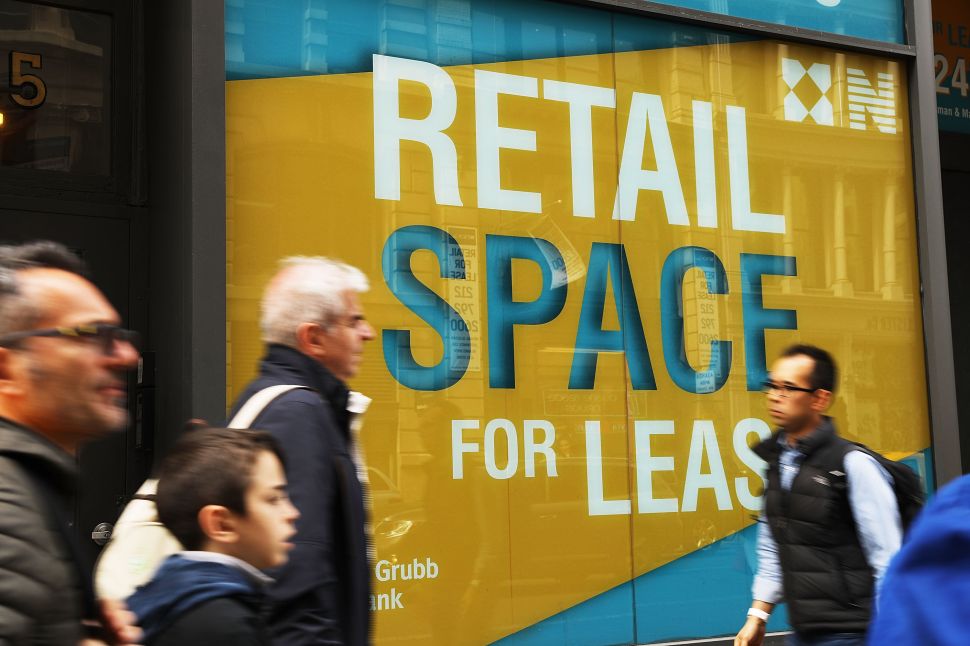