The New York Times is reportedly preparing a damaging story about comedian Louis C.K. In response, the New York premiere of his upcoming film, I Love You, Daddy, has been canceled at the Paris Theater. A representative of C.K.’s told THR that the premiere has been called off due to “unexpected circumstances.” The New York Times, along with The New Yorker, were responsible for the bombshell reports that detailed the decades of sexual misconduct claims against Harvey Weinstein.

Louis CK's film distributor for "I Love You Daddy" won't be releasing film. Was due out Nov 17 pic.twitter.com/rGvSuLotf0

In May 2015, C.K. was accused of sexually harassing multiple female comics. The allegations included claims that he masturbated in front of several women. C.K. has yet to truly address the accusations in public, though rumors have continued to spread. In September, the multi-Emmy winner dismissed the Times‘ interview questions about his alleged sexual misconduct. In 2016, he had this to say to Vulture:

““Well, you can’t touch stuff like that. There’s one more thing I want to say about this, and it’s important: If you need your public profile to be all positive, you’re sick in the head. I do the work I do, and what happens next I can’t look after. So my thing is that I try to speak to the work whenever I can. Just to the work and not to my life.”

Beyond that, his new film, which Orchard purchased for $5 million after the Toronto Film Festival, is proving to be controversial. I Love You, Daddy, which C.K. wrote, directed and starred in, follows a successful TV writer-producer who attempts to thwart the burgeoning relationship between his 17-year-old daughter (Chloe Grace Moretz) and a 68-year-old filmmaker (John Malkovich). The movie is said to be a love letter of sorts to Woody Allen’s filmography, specifically his 1979 film Manhattan. In the movie, a 17-year-old girl becomes romantically involved with Allen’s 42-year-old character. The movie also seems to mirror the the years-long rumors about Allen’s own murky sexual abuse history.

“We’re at the bleeding edge of ‘That’s not OK to do now,’ but those people are still around,” C.K. said, according to THR, about the film’s polarizing subject matter. “That’s a very interesting line to be on.”

I Love You, Daddy reportedly includes certain jokes and dialogue exchanges that have left audiences with mixed feelings. This includes C.K.’s character using the N-word and several jokes about child rape. It is now yet clear in what context these took place within the movie. Regardless, C.K. has argued against any backlash.

“We’re depicting oxygen-rich people who live in these beautiful apartments and offices saying whatever they want,” he told the outlet. “Folks say shit to each other. You can’t think about the audience when you’re making the thing. If you do, you’re not giving them something that came out of your gut. You’ll be making something that you’re like, ‘Is this OK for you?'”

C.K.’s planned appearance on Thursday night’s Late Show With Stephen Colbert has also been canceled, though Orchard is still planning to release the film on November 17. 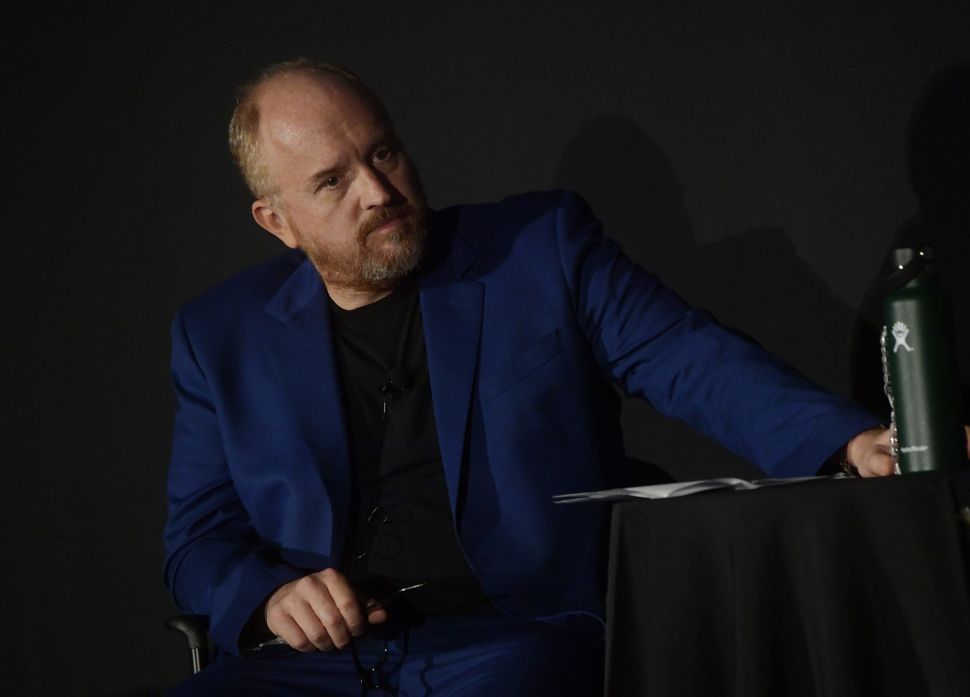