A New Jersey appeals court recently ordered the Division of Consumer Affairs to seriously consider whether marijuana should still be classified as a Schedule I drug under the state’s Controlled Dangerous Substances Act.

Citing the growing evidence of marijuana’s medical benefits, the court determined that reclassification of the drug was “ripe for determination by the director.”

The Appellate Division also rejected the Division of Consumer Affairs’ argument that federal law barred the agency from removing marijuana from Schedule I. “[W]e conclude that the director erred in determining he lacked the authority to reclassify marijuana without a change in existing federal law,” the court held.

The New Jersey Controlled Dangerous Substances Act imposes restrictions on drugs based on certain schedules, which reflect their potential for abuse and scientific evidence of their pharmacological effect, among other factors. Since its enactment, marijuana has been placed on the Schedule I list of controlled dangerous substances. Pursuant to N.J.S.A. 24:21-5(a), the director of the Division of Consumer Affairs “shall place a substance in Schedule I if he finds that the substance: (1) has high potential for abuse; and (2) has no accepted medical use in treatment in the United States; or lacks accepted safety for use in treatment under medical supervision.”

The classification of marijuana at the state level tracks the federal Controlled Substances Act. Marijuana is labeled a Class I substance under the Controlled Substances Act (CSA), which is reserved for drugs with “high potential for abuse, no accepted medical use, and no accepted safety for use in medically supervised treatment.” Since the days of Richard Nixon, critics have maintained that the stringent restrictions, which also apply to drugs like heroin, are unwarranted and unsupported by scientific evidence.

The New Jersey lawsuit, Kadonsky v. Lee, is the first in the country to seek reclassification of marijuana through the judicial process. In 2014, Steven Kadonsky, an inmate serving a sentence for marijuana trafficking, filed a petition with the Division of Consumer Affairs seeking to have marijuana rescheduled from Schedule I to the less restrictive Schedule IV. In support of his petition, Kadonsky argued that because the New Jersey Legislature determined that marijuana had “a beneficial use … in treating or alleviating the pain or other symptoms associated with certain debilitating medical conditions” when it passed the New Jersey Compassionate Use Medical Marijuana Act (CUMMA) in 2010, marijuana no longer satisfied the requirements for inclusion in Schedule I.

During the course of the litigation, Kadonsky has been joined by a New Jersey teenager who suffers from epilepsy. While medicinal marijuana has dramatically helped her condition, she can’t receive the drug during school and may only attend half days. Her amicus brief argued that the Schedule I classification not only prevents her from receiving a full education, but significantly affects other patients that rely on the drug’s therapeutic benefits.

The Division of Consumer Affairs denied Kadonsky’s petition, citing the fact that marijuana has been listed as a Schedule I substance since the passing of the federal CSA. The agency director further noted that N.J.S.A. 24:21-3(c) requires that he “similarly control the substance” unless he “objects and follows the appropriate process to make the reasons for his objections public.”

The Appellate Division disagreed with the Division of Consumer Affairs’ flat-out rejection. In addition to rejecting the division’s reliance on the CSA, the Appellate Division also found little support for its position based on the Supreme Court of New Jersey’s 1986 decision in State v. Tate. According to the court, a lot has changed since the state’s highest court ruled that marijuana had no accepted medical value. As the Appellate Division majority explained:

“While there may have been ‘no accepted medical use in treatment in the United States’ for marijuana when the CDSA became effective, any argument suggesting that premise is still valid in the post-CUMMA era strains credulity beyond acceptable boundaries. Medical benefits from the use of marijuana not known in 1971, when the CDSA became effective, or in 1986, when Tate was decided, and impediments to its lawful use as a result of its Schedule I classification, are abundant and glaringly apparent now.”

According to the Appellate Division, the state’s consumer affairs agency may still determine that the potential for abuse outweighs the medical benefits. However, it must thoroughly evaluate the issue and can’t hide behind federal law.

As the court explained, “marijuana’s continued classification as a Schedule I substance in New Jersey, would depend, in part, on a determination that it has a high potential for abuse and, if so, whether that factor justifies continued inclusion in the face of compelling evidence of accepted medical use and impediments to its legal use which may be attributable to its classification.” 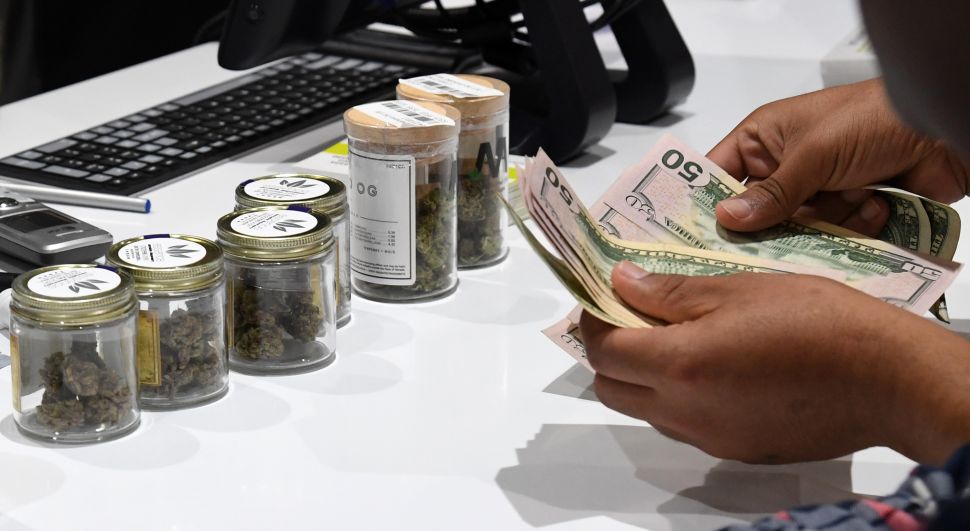