Silicon Valley and the tech industry are often presented as a bro-dominated landscape. One where pampered man-children are making apps for other cosseted men; venture capitalists are living the nerd revenge-fantasy of dating models and actresses and inflicting Lord of the Rings-themed weddings on everyone; and women are relegated to the roles of whistleblowers, pointing out that any industry that fails to account for everybody ultimately has nobody for a customer.

(For more on this last point read the newly-released Technically Wrong: Sexist Apps, Biased Algorithms, and Other Threats of Toxic Tech by Sara Wachter-Boettcher.)

However, it’s worth noticing the quietly robust financials and steady success of three tech companies that each have a strong female user-base—and that frequently serve as the punchlines of jokes about feminine ways of being in the world. Pinterest (with a 60 percent female userbase), Etsy (with an 80 percent female customer base and an 80 percent entrepreneur base) and Stitch Fix (which only recently began offering services to men) are all doing quite well.

Pinterest—a name synonymous with a certain type of hyper-crafty or design-conscious woman and a generator of anti-domestic backlash comedy—has approximately 200 million users per month, strong international growth projections and bullish revenue prospects. In September, the Financial Times quoted Rohit Kulkarni, an analyst at San Francisco-based research group SharesPost Financial, as saying that he expected “Pinterest’s revenue to grow between $1.2 billion in 2019 and $1.6 billion in 2020, expanding at 40-45 percent year on year.”

A 40-45 percent revenue rise might actually be slow for Pinterest: it tripled its revenue from $100 million in 2015 to $300 million last year, and some people assume it’ll double that number to $600 million this year. That is a lot of ad revenue for what is basically a visual search engine with a user scrapbooking feature.

Etsy—a craft marketplace and butt of jokes about DIY or men emasculated by women who like to play the ukelele and crochet—has wobbled since going public. It’s worth looking at the financials anyway. In 2014, the company made $195.6 million in sales; in 2015, it made $273.5 million, or 40 percent more in sales than the year before; in 2016, it made $365 million, or another 33 percent rise in sales. Note that these sales rose in the same two years when the company’s been battling Amazon’s Handmade at Amazon. How many other Amazon competitors have clocked chunky double-digit sales gains while also fending off the mega-giant? And now that Etsy CEO Josh Silverman has shaken up the company in a reorganization, the financials are looking tighter and the company may be headed for a turnaround.

And Stitch Fix is headed for an IPO, meaning the company is about to offer stock for public trade. The numbers are very good for a business with essentially this M.O., “We put some clothes in a box for you, you decide whether or not to buy them.” Try $977 million in revenue in its most recent fiscal year and a remarkably low amount of funding owed to outside investors—for a company valued at $3 billion, the fact that they took less than $50 million in funding is a big deal.

So what? None of these companies receive the type of press, as many other tech startups get, that proclaims: “This is changing the world!” They get office-makeover profiles.

Part of it may be cultural bias—Tech Crunch once dismissed Pinterest as “a colorful haven for Midwestern mothers and Mormons,” which certainly lacks the vigorous bro-locity of “disruption” or “moving-fast-and-breaking-things.” Stitch Fix was designed to appeal to that least-sexy of all Americans: the time-crunched, price-conscious woman. (It has since begun aiming for a wealthier target, perhaps because MM LaFleur pushed price points north, with some success.)

Granted, none of these companies are doing Facebook-style financials yet. But they’re not losing money at an Uber-like pace—and the hows and whys of what they are doing goes largely ignored.

Who cares? People who want to make money do. The track record of venture capitalists funding businesses founded by women or aimed at women is really, amazingly, overtly bad. It probably doesn’t help that 94 percent of investors at these firms are male, and tend not to understand the market demand.

What they end up missing is the fact that Stitch Fix is effectively a data science company; the retail service offered to customers is an excellent way to gather a rich pool of data which can then be streamed into everything from logistics management to trend forecasting to demographic profiling. Pinterest is effectively a visual search company, and the tools to accurately search, label, sort and analyze sets of visual data don’t just work for selling cute coasters. They can be used in everything from medical imaging to surveillance work to genetic analysis to inventory management. Etsy developed a sustainable model for small-scale, geographically independent e-commerce where there is little to no physical overhead required for inventory, and scant logistical considerations compared to a multichannel retailer. Forget the ex-Googlers who wanted to reinvent bodegas in your living room; Etsy did the exact opposite by giving local artisans a means to build a global customer base.

But again—ask the average person about Pinterest, Etsy or Stitch Fix and you don’t hear, “Good lord, they’re building out a sophisticated suite of data discovery tools!” You get comments about the so-extra birthday party someone went to for a six-year-old or how Stitch Fix is a great wardrobe refresher.

And that’s the overlooked genius of these companies. They’ve managed to become part of our cultural landscape, while their transformative tick quietly ticks on, making money for the handful of people who have been paying attention. 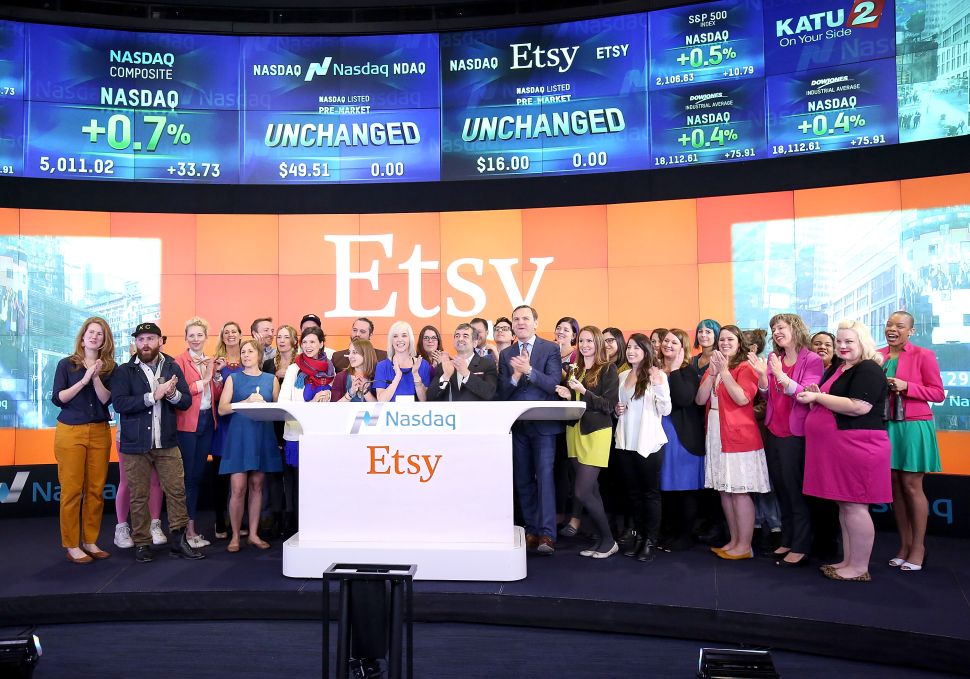