Meg Whitman, CEO of Hewlett Packard Enterprise (HPE), announced last night that she is leaving the company as of February 1, 2018. Whitman, who joined HP in 2011, will be replaced by the company’s current president, Antonio Neri.

Whitman entered HP at a perilous time in the company’s history. A tech industry stalwart since 1939, HP nonetheless had struggled to to keep up with industry trends toward mobile and cloud computing.

That problem was solved in 2015, when Whitman split the company in two. One subsidiary, HP Inc (which is led by Dion Weisler), sells HP’s trademark consumer PCs and printers. The other branch, HPE (which Whitman leads), focuses on software, data storage and other enterprise technology. HPE also runs its own IT services business.

Whitman’s tenure was also littered with layoffs. HP cut between 83,000 and 88,000 employees as a result of the corporate restructuring.

Whitman will continue to serve on HPE’s board. She ruled out working for any of the company’s competitors like Cisco, IBM or Microsoft.

Before coming to HP, Whitman was the CEO of eBay for 10 years. She supported Mitt Romney’s presidential campaign and unsuccessfully ran for governor of California herself in 2010.

Whitman, who has a net worth of $3.2 billion, was also among the names put forth to replace disgraced Uber CEO Travis Kalanick. The job ultimately went to Expedia’s Dara Khosrowshahi.

Neri, whose background is in technology and engineering, has a different skill set from Whitman. But as Bloomberg noted, HPE’s decision to go in a different direction echoes the trajectory of other tech companies. When investor Steve Ballmer stepped down as Microsoft CEO in 2014, he was replaced by cloud computing expert Satya Nadella.

Neri will also need a head for business, however. HPE’s earnings were down sharply this quarter, mostly due to declines in its server business. 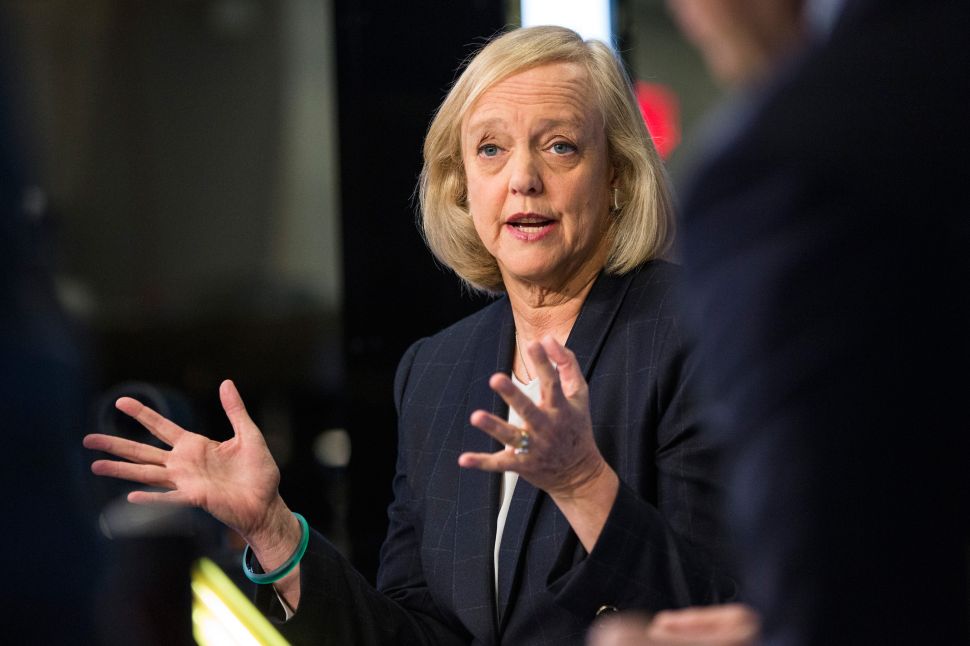