Now that Prince Harry and Meghan Markle have publicly announced their engagement, the feverish countdown to their spring 2018 nuptials has begun. Naturally, we have a lot of questions, such as: What role will Prince George and Princess Charlotte play in the wedding? Whose bottom will emerge as the Pippa Middleton of the event (surely not Markle’s seemingly conniving half-sister)? And how will Princess Diana be honored, aside from Markle’s stunning ring?

But most importantly, what will the former Suits actress be wearing when she weds the Prince?

While we will probably have to wait until the day of the wedding to actually find out, Markle has already dropped plenty of hints regarding her opinion on wedding dresses. In March 2016, she talked to Glamour about the wedding dress her Suits character, Rachel Zane, wore on the show—and made sure to discuss her personal bridal taste.

“Classic and simple is the name of the game, perhaps with a modern twist. I personally prefer wedding dresses that are whimsical or subtly romantic,” the future royal told the American glossy. She went on to mention that she adores the “structural designs” by J. Mendel and that she’s also a fan of Ellie Saab, Delphine Manivet and Christos Costarellos. She also disclosed that her all-time favorite bridal look was Carolyn Bessette Kennedy‘s simple Narcisco Rodriguez slip dress paired with sheer tulle gloves, calling it “[e]verything goals.”

Markle, who will become a duchess after her wedding, will likely look towards English designers, to support the creative fields of her new country. She may consider a creation by Alexander McQueen‘s Sarah Burton, who designed Kate Middleton’s elegant wedding dress or Giles Deacon, who crafted the tasteful lace frock that Pippa Middleton wore on her big day. Other names such as Emilia Wickstead, Burberry’s outgoing designer Christopher Bailey and Stella McCartney have been floated as suitable candidates to design the frock, as they all excel at simple designs with a modern flourish. Markle has previously worn pieces by Erdem‘s Erdem Moralioglu and Antonio Berardi, so it’s possible that she could turn to them, as both are familiar designers that she trusts.

Surely Markle’s close friend and stylist, Jessica Mulroney will play a role in the dress chosen. Not only is she a wedding expert (with a dedicated Instagram for brides-to-be), but Mulroney is also the stylist to Canada’s first lady, Sophie Grégoire Trudeau. She clearly understands how politics and fashion intersect, so she’s going to be a great asset to Markle. As the BBC points out, British Vogue‘s former editor Alexandra Schulman advised Kate Middleton on the design of her tasteful and timeless dress, so her replacement Edward Enninful could also provide Markle with some sartorial advice on her big day.

However, it seems we won’t be the only ones who have to wait until she walks down the aisle to see the frock. Harry will likely be kept in the dark, too, as Markle said she “prefers sticking with traditions” when it comes to the groom seeing the wedding dress before the big day. 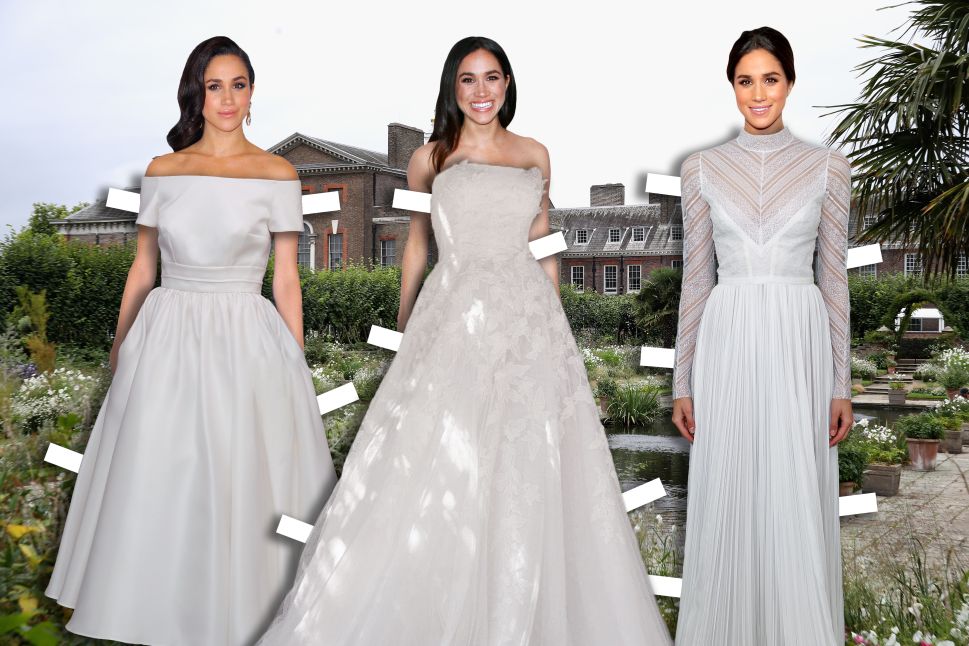