Perhaps the unfortunate story of the Memphis College of Art, which announced last month that it will close for good in 2020 and stopped accepting new admissions, is just an isolated case of bad luck. The 81-year-old independent art college in southwestern Tennessee wracked up significant debt in the early part of the new millennium in the same way that many Americans did—purchasing real estate at top dollar with the expectation that it would continue to increase in value, provide financial security and a source of future income. Instead, real estate prices plummeted by the end of the decade, leaving the art school with debts it could not pay and an endowment that was shrinking markedly. Worse for the college were decisions by some of the local private financial donors to redirect their giving to other charities.

On the other hand, the Memphis College of Art’s announcement may be a harbinger of other college closings. Ron Jones, former president of the art school thinks so. Jones, who retired from the art school this February after a six-year tenure, pointed both to his own experience and to reports that Moody’s Investor Services has released over the past several years, which found that tuition-dependent private colleges and universities, especially those that draw applicants from their specific regions, “will be increasingly challenged” as the number of high school graduates nationwide has leveled off and the competition between smaller and larger colleges continues to grow.

The Memphis College of Art is a member of the Rhode Island-based Association of Independent Colleges of Art and Design, which consists of 42 private art schools in the U.S. and Canada. In a decade, Jones speculates, that number may drop to somewhere around 25, as members also find that they are not able financially to stay open or they seek mergers with other, larger institutions of higher learning. “We looked for mergers—at Memphis State University, Rhodes College and Christian Brothers University—but they all had reasons to say ‘no,’ largely because of our $7.5 million debt. They didn’t want to take that on,” Jones said. Partially reducing that debt, which had grown from $1 million in 2000 to $13 million in 2010, while the college’s endowment shrank from $5 million to $3 million during that same period of time, was one of Jones’ accomplishments as the school’s president, but it still wasn’t enough.

The actions that small colleges—liberal arts colleges and private art schools—have taken to increase their revenues in the short run create long-term problems for them, he noted. “Desperate to take in students in order to get their tuition, schools lower their standards for admission, which means you are accepting students who are less likely to graduate. The brighter high school students and their parents see what is happening, and they decide to go elsewhere. You have created a downward spiral to chase tuitions,” lowering the value of the education and the college’s ability to survive in a competitive environment.

One sees this situation at the Maine College of Art in Portland, which accepted 98 percent of its applicants in fall 2015 (Maine College of Art puts it at 89 percent for fall 2017) and four-year graduation rates hover at around 50 to 60 percent. The Columbus College of Art and Design in Ohio, which accepts 79 percent, has a graduation rate that has ranged between 52 and 60 percent over the past seven years. At the Memphis College of Art, academic requirements for admission are low—above a 2.2 high school grade point average or an ACT score of 18—and one-third of the college’s freshmen decide to leave after one year. This isn’t just in Memphis, as the attrition rate is often high at art colleges, 30 percent between the first and second year at Seattle’s Cornish College of the Arts and Monserrat College of Art in Beverly, Massachusetts, 44 percent at the San Francisco Art Institute.

Judith Aaron, admissions director at Pratt Institute in Brooklyn, New York, said that the long-term survival of hers or any art college depends on bringing in high achieving teens rather than taking all comers. “We have studied this and found that there is a strong correlation between the composite verbal and math scores and the retention and graduation rates,” she said. “Those with higher scores and a higher grade point average in high school will do better here, will be willing to keep working even when they encounter difficulties in their studio and academic classes, because they already have learned to overcome difficulties with their classes in high school and know that they will succeed.” Eighty-seven percent of Pratt freshmen continue into their second year, and she added that a typical Pratt student’s high school grade point average is 3.7 and above and the average SAT scores are a cumulative 1100 for reading and math. Ten years ago, the average grade point average was closer to 3.3 and SAT scores nearer to 1000.

“Predicting which artist or designer will have a successful experience at art school, and if SATs or grade point averages or someone’s portfolio is the best way to tell is a judgment call,” said David Ross, chairman of the low-residency master of fine arts program at New York’s School of Visual Arts. He noted that the “dense environment” of art colleges on the East and West coasts, as well as other major art centers in the country, have made the competition for strong students more difficult for the smaller, regional art schools.

Pratt has a student population of over 4,600; undergraduates account for 3,300 of those students. School of Visual Arts has a total population of 4,400. This makes these schools among the largest private art colleges in the country. Of the 42 members of the Association of Independent Colleges of Art and Design, 19 have fewer than 1,000 full-time students and six have fewer than 300.

The challenge for the smaller institutions, especially those in more regional markets, Jones said, is to maintain and improve the quality of their educational offerings rather than simply hunt for tuition revenues wherever they can be found. 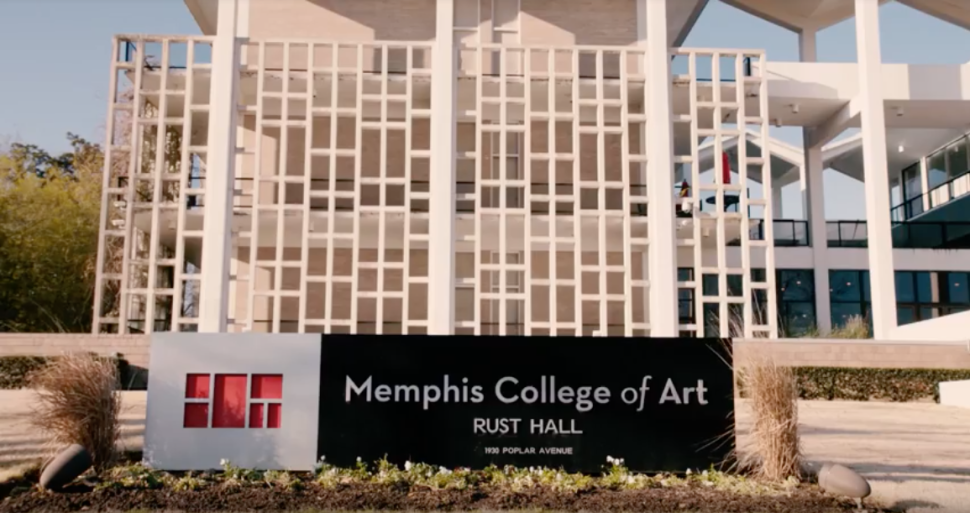