WEST NEW YORK — The morning after he survived a corruption trial because of a hung jury, Sen. Bob Menendez was back in action.

He appeared at a health care facility that bears his name, with a phalanx of Hudson County Democrats beaming at his side. He unloaded on President Trump’s administration and urged New Jerseyans to sign up for Obamacare coverage before the Dec. 15 deadline.

He racked up more endorsements as he weighs a re-election bid next year. And he struck a combative tone when asked about the possibility that prosecutors will try him again.

Menendez referenced comments made by one of the jurors after the trial proceedings concluded Thursday. The juror, Ed Norris, said prosecutors failed to turn up a “smoking gun” proving that Florida eye doctor Salomon Melgen had bribed Menendez. Norris said the jury math broke down 10-2 toward acquittal on the most serious counts in the indictment.

Menendez has not announced he will be seeking re-election in 2018. But his political strategist, Mike Soliman, said Thursday that all signs point to another run. Governor-elect Phil Murphy, state Senate President Steve Sweeney, and Assemblyman Craig Coughlin, the incoming speaker of the Assembly, all said they would back Menendez if he chose to run, as did George Norcross, the South Jersey Democratic power broker.

“Bob Menendez brings tenacity and strength to every fight for the people of New Jersey,” said Rep. Josh Gottheimer (D-5). “We need him now, more than ever, in our work against this tax hike bill in Congress and to help stand up to the moocher states trying to loot our bank accounts for their gain. I look forward to working with Bob in the months and years ahead to deliver results for our great state.”

Gottheimer’s backing was noteworthy because he’s a Democrat who would be running down-ballot with Menendez in 2018 in one of the most competitive districts in New Jersey.

The Latino Action Network urged the Justice Department to drop the case, describing Menendez as an advocate for immigrant communities being targeted by the Trump administration.

“It is obvious from the reaction of jurors that the Justice Department case against Senator Menendez was flawed from the outset,” said Christian Estevez, the group’s president. “A retrial would be a waste of taxpayer funds.”

“This is a challenging time in our nation’s history and we need strong advocates like Senator Menendez in Washington to protect New Jersey’s interests from what seems like daily assaults by the Trump administration,” he said in a statement.

Sen. Richard Burr (R-N.C.), the chairman of the Senate Intelligence Committee, said Thursday that he thought Menendez might have been prosecuted for political reasons, since Menendez opposed the Iran nuclear agreement inked by former President Barack Obama’s administration.

Asked whether he was inviting another trial by criticizing Trump, Menendez said he was not one to hold back. 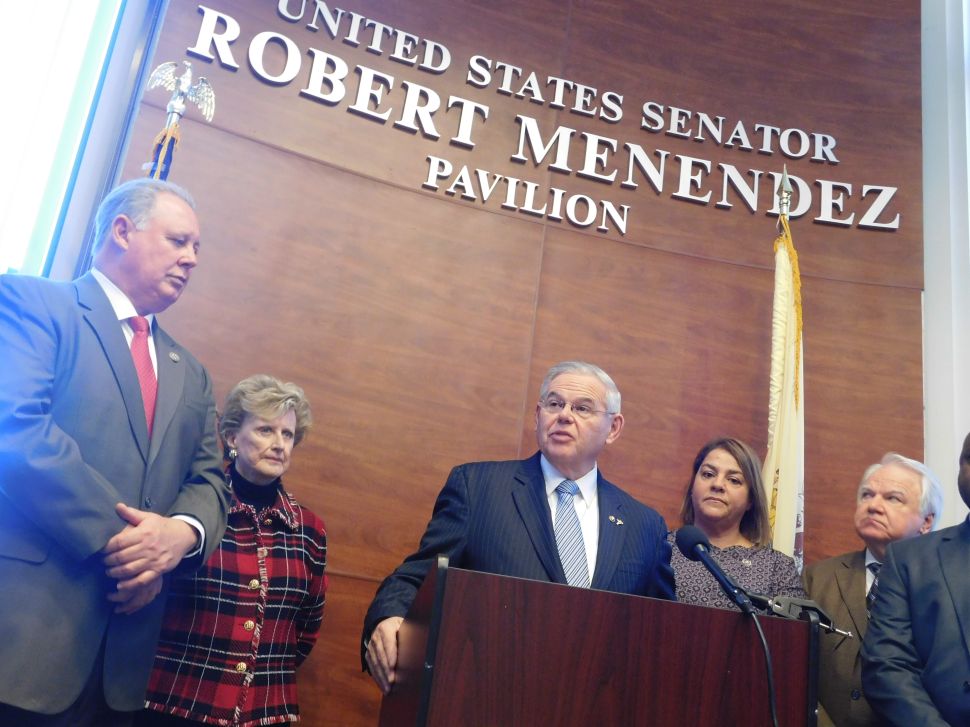