SpaceX is hastily preparing for a December 29 maiden voyage of their newest, and what will become the human species’ most capable, actively flying rocket: the Falcon Heavy.

Adorned with 27 Merlin engines, the long anticipated 229 foot tall marvel of engineering will blast off from Launch Complex 39-A in the heart of NASA’s Kennedy Space Center. “When Falcon Heavy lifts off in 2017, it will be the most powerful operational rocket in the world by a factor of two” the company’s website touts. Founded in 2002, Elon Musk’s Space Exploration Technologies (SpaceX) has made a name for itself by pushing the boundaries of what is, and what is not possible in the aerospace industry.

“There’s a real good chance that vehicle does not make it to orbit. We want to make sure and set expectations accordingly. I hope that it makes it far enough away from the pad that it does not cause pad damage. I would consider even that a win to be honest. Major pucker factor” Elon Musk said earlier this year during a talk at the International Space Station Research and Development Conference.

SpaceX won’t be delivering any form of precious cargo on the maiden flight. In December of 2010, SpaceX launched a wheel of cheese on the world’s first commercial spacecraft to launch into orbit and return to Earth safely, the Dragon Cargo Capsule.

Silliest thing we can imagine! Secret payload of 1st Dragon flight was a giant wheel of cheese. Inspired by a friend & Monty Python.

“The nice thing is when you fully optimize it, it’s about two-and-a-half times the payload capability of a Falcon 9,” Musk said during a SpaceX post-launch conference in March. “It’s well over 100,000 pounds to LEO [low Earth orbit] of payload capability, 50 tons. It can even get up a little higher than that if optimized.” With a stated cost of $90 million, it will be both the most capable and cost-effective booster currently on the market. The closest U.S. competition, the United Launch Alliance Delta IV Heavy, costs well over $300 million per vehicle, can carry just under 50,000 pounds to orbit. It’s also destroyed outright, after every launch.

The Falcon Heavy is composed of three separate booster cores, totaling 27 individual Merlin engines, which, when fired in unison, generate a full-throttle of over 5,000,000 pounds, making it the most capable rocket currently available for flight. After delivering a payload to orbit, each booster is designed to disengage, and reorient for atmospheric reentry, hopeful landing inside the Cape Canaveral Air Force Station, or at sea via mobile landing ships named ASDS (Autonomous Spaceport Drone Ship). SpaceX has noted that the Falcon heavy will employ previously flown, or flight-proven boosters from the May 2016 Thaicom 8 satellite launch, and the July 2016 Space Station resupply mission, CRS-9. Flight proven boosters will adorn each side of the central core in an effort to cut costs, while the central booster will be brand new.

“The amount of load you’re putting through that center core is crazy, because you’ve got two super-powerful boosters also shoving that center core, so we had to redesign the whole center core airframe,” Musk said at the March post-launch conference. “It’s not like the Falcon 9, because it’s got to take so much load. Then you’ve got separation systems.” Unlike other rockets, the Falcon Heavy is designed to sustain more than one unplanned engine shutdown at any point in flight and still successfully complete its mission.

Despite his predictions for potential failure, Musk made sure to say, “I encourage people to come down to the Cape to see the first Falcon Heavy mission. It’s guaranteed to be exciting.“ The launch date at the moment is tentative, and could actually pull forward if pad testing goes smoothly. 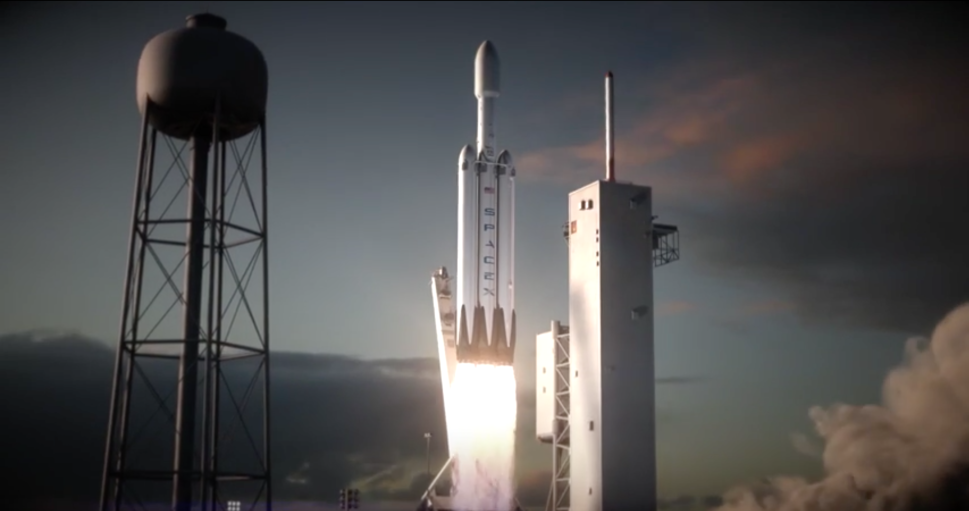