While speaking to Garrett Hedlund (Unbroken) and Jason Mitchell (Straight Outta Compton) about their new Netflix film Mudbound, an interesting quote from their director, Dee Rees, slipped out. “You can read Tolstoy on paperback, hardcover or Kindle. It doesn’t mean it’s not literature,” Hedlund recalled her saying. Similarly, you can watch a movie at home on your couch or on your phone en route to work, it doesn’t mean it isn’t cinema. The entertainment industry is changing, and while Netflix has been applauded as a disruptor in the television industry, it’s taken longer for the streaming platform to be appreciated as a film studio.

Mudbound, which hits the streaming service on November 17, follows one black family and one white family as they each welcome home a son from World War II. However, the country they return to isn’t one they feel was worth fighting for as they deal with boiling racial tensions, PTSD and strained family relations that threaten to tear them apart inside. It’s a powerful American tale. The rapidly evolving points of view of the film’s main characters inform each other, connecting seamlessly thanks to a sparkling cast and tight direction. It’s a timeless struggle of inhumanity that viscerally grinds you down with its bare-knuckle rawness.

This summer’s Okja may have been Netflix’s first must-see movie (with all due respect to Beasts of No Nation), but Mudbound is the company’s first true blue awards contender. As such, it represents a leap forward in the innovation of the movie business, starting with audience convenience.

“This is something that is going to allow the whole world to watch this film,” Hedlund told Observer. “They can watch it as many times as they want wherever they want.” That’s a particularly attractive quality to the actor, who grew up on a remote farm in Minnesota where the closest movie theater was 30 miles away. Mitchell, his co-star, agrees.

“All the pirating and bootlegging and all the stuff that goes on waters down people’s art,” Mitchell said. “Netflix came and created a platform that now only broadcasts art the way people want it to be seen. At the same time, it makes it so available. You don’t have to go be vulnerable and crying and snotting everywhere in a theater and take time out of your week. You can have the comfort in your own home and still have the art the way the artists wants it presented.”

But not everyone is of the mind that movies at home is the way to go. Even while certain studios debate a paid subscription video on demand model that would bring in-theater films to your home to combat declining ticket sales, A-list filmmakers like Christopher Nolan are fighting against it.

“Netflix has a bizarre aversion to supporting theatrical films,” Nolan said over the summer. “They have this mindless policy of everything having to be simultaneously streamed and released, which is obviously an untenable model for theatrical presentation. So they’re not even getting in the game, and I think they’re missing a huge opportunity.”

Admittedly, Nolan’s latest feature, Dunkirk, was made to be seen on the big screen with some of the most enthralling visual storytelling you’ll ever see in a movie. But we live in a time in which we can call, email, text, FaceTime, Skype, snapchat and @ each other on social media to communicate. There is more than one way to do things these days and Netflix is filling a niche that major studios are already grappling with. How do we get our content into the hands of consumers if they are no longer coming to us?

“It’s a societal thing,” Mitchell said. “I had the privilege of meeting the great Bruce Dern and Samuel L. Jackson recently. Back in the day, movie stars were bigger than life. They were untouchable because society was so much different back then. But now a days if people watch a movie and say, ‘I like this guy,’ they can instantly find you through Twitter, Facebook, Instagram, whatever. They can round out a personality for you and see you automatically. Between all the access and the things that are possible, Netflix has provided a convenience that lets artists be comfortable with what happens in the process….Cinema has always had the same impact. As long as you make a really good film, people can always relate to it and cycle through their feelings. But convenience is something all people can appreciate.”

The second step in Netflix’s ongoing struggle to breakthrough into mainstream cinema is allowing the creative process to play out organically while taking a leap of faith with its talent, albeit in responsible fashion.

The streaming service trusted that a relatively inexperienced filmmaker could deliver a hit when it purchased the film at Sundance for $12.5 million, a strategy that has generated mixed results over at other film studios. But Mudbound was shot for $10 million and was based on well-received source material. In that sense, Netflix has set the film up in a position to succeed without staking its entire bankroll on it, though it did close the biggest deal of the film festival this year. Still, the company saw Rees’ finished product as a worthy investment as her work with the actors spoke for itself.

“The greatest thing I think directors can offer is trust,” Hedlund said. “The best thing is trust. They cast you for a reason. They trust that you’re going to make this character come to life…Whether it’s Dee or the Coen Brothers or Ang Lee, when I’m working with a director, they need to offer trust, which gives you the ability to fly and follow your instincts.”

Trust was most definitely a crucial component of making Mudbound, which was given just one week of pre-production and an expedited five-week shooting schedule. To help quickly establish the appropriate vibe for such an intense and emotional film, Rees would have her actors sit across from each other in silence and just stare into each other’s eyes. The idea was to make them comfortable with being uncomfortable.

“It’s really cool to have such a fearless director who can steer that ship,” Mitchell, who was the first actor cast in the film, said. “We shot the movie so quickly that by the time you feel uncomfortable, you’re already moving on to the next scene….We had a lot of love for each other so as to not choke each other and that all came from Dee.”

After a beat, Mitchell gave her the ultimate endorsement. “Dee…she’s just a Jedi, man. She gets it.”

The final step in Netflix’s emerging strategy is to bring to life the vision of filmmakers with unique points of view and backgrounds. Hollywood has enough straight white males being handed $100 million budgets.

Rees is a 40-year-old black lesbian. Okja‘s director, Bong Joon-ho, is a 48-year-old South Korean filmmaker with just two English language movies under his belt. They are exactly the type of people who are not often being chosen to helm films in today’s Hollywood. But that’s precisely why it works.

“[Netflix] is getting incredibly culturally diverse directors,” Hedlund mused. “Bong is a phenomenal visual director. Dee—no one else could make this film what it became. I think that roots from who she is. Her background, her life, her intelligence, her artistry, her drive. An artist is an artist and passion is passion.”

“I’m super proud to have Netflix say and do what it takes to become a contender,” Mitchell said.

It seems simple enough on paper: leverage convenience, trust your director, invest wisely and seek out storytellers with individualistic voices. But to this point, it hasn’t quite worked as well as Netflix would have hoped. But Mudbound seems poised to serve as the successful culmination of that strategy come Oscar nomination time. More importantly, the film lays the groundwork for how Netflix can continue to disrupt the traditional film industry. 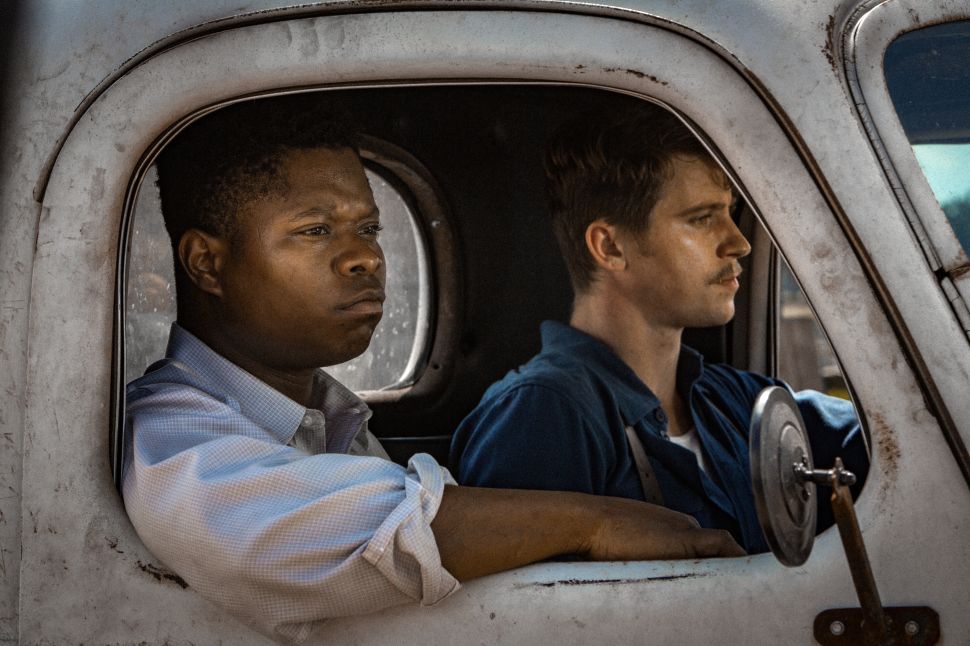