Cammarano, a lobbyist at CLB Partners who served as chief of staff to acting Gov. Richard Codey from 2004 to 2006, will oversee all the workings of the governor’s office and executive branch, according to a statement from Murphy’s transition team.

Cammarano’s experience in Trenton is sure to come in handy for Murphy, a former Goldman Sachs executive and U.S. ambassador to Germany who has never held elected office.

Platkin, who was the Murphy campaign’s policy director, will be Murphy’s top legal adviser and will shape the administration’s policy proposals. Platkin worked for Murphy before the campaign at New Way for New Jersey, a liberal group launched by Murphy in 2015 that increased his visibility before he entered the governor’s race.

“My administration will be judged both by the quality of the ideas put forward, and by our ability to implement an agenda that moves our state and our people forward in a new and better direction,” Murphy said in a statement. “The people have entrusted us to make New Jersey the place where progressive ideals and responsible government go hand-in-hand. With Pete and Matt leading the team, we will be in a strong position to achieve that goal.”

Murphy last week announced that Lieutenant Governor-elect Sheila Oliver will lead the Department of Community Affairs, and on Monday named 81 advisers to his transition team.

Under Gov. Chris Christie, the chief of staff and chief counsel each earn a $141,000 salary, according to public payroll data. The positions also serve as launching pads to other high-profile jobs in government. Christie’s first chief counsel, Jeff Chiesa, was later the state attorney general and briefly served in the U.S. Senate.

Cammarano was chief of staff to Codey — an early Murphy adviser — in the Senate for a decade before following him to the governor’s office in 2004. He has also served as public affairs director for the state Department of Insurance under Gov. Jim Florio and deputy director of former Sen. Frank Launtenberg’s 1994 re-election campaign.

He has continued to be a fixture in Trenton as a lobbyist for CLB Partners. He was elected mayor of Metuchen in 2015. He founded the New Jersey Cannabis Industry Association, a group that advocates for legalization of recreational marijuana, a policy proposal that was at the center of Murphy’s campaign.

“I am honored that the governor-elect has asked me to lead his administration and look forward to implementing his agenda to positively impact the lives of all nine million of our residents,” Cammarano said in a statement. “New Jersey faces deep-rooted challenges and needs a leader who will approach every issue as an opportunity to move forward. I have known the governor-elect for more than a decade, and I know he is the man to provide that leadership.”

Before joining New Way for New Jersey, Platkin was an attorney at Debevoise and Plimpton in New York, where he focused on criminal and regulatory investigations, according to Murphy’s transition. He also had a pro bono practice where he represented poor clients facing criminal charges and deportation proceedings. He worked for Sen. Cory Booker’s 2013 Senate campaign and prior to that worked on economic policy at the Brookings Institution, a think tank in Washington, D.C.

“Under Governor-elect Murphy, we have an opportunity to make New Jersey a national model for creating a stronger and fairer economy and implementing reforms that will level the playing field for all New Jerseyans,” Platkin said in a statement. “It has been an honor to work with Governor-elect Murphy for the past several years, and it will be an honor to serve this administration and help build a better New Jersey for future generations.”

“Governor-elect Murphy has made a superb choice in announcing Matt Platkin as his chief counsel,” the statement said. “Matt Platkin is known in the legal community for his intelligence, integrity and professional demeanor. He has an excellent reputation and, by all accounts, will be a strong addition to the governor’s office.”

Correction (2:34 p.m.): A previous version of this story misidentified Bill Castner as a former chief of staff to Gov. Jon Corzine. He was chief counsel. 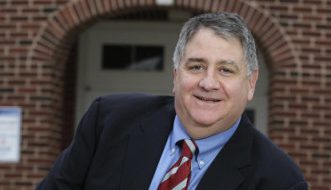