While Mayor Bill de Blasio won reelection in a landslide victory — capturing more than 60 percent of the vote — and most incumbent Council members won re-election, there were a few Council races that were either closer than expected and competitive.

Over in Maspeth, Queens Councilwoman Elizabeth Crowley — cousin of Rep. Joseph Crowley (D-Queens/Bronx), the House Democratic Caucus chairman and the head of the Queens Democratic Party — faced a challenge from Bob Holden, a CUNY professor and president of the Juniper Civic Association in Middle Village.

Holden is a registered Democrat who lost to Crowley in the Democratic primary. He ran on the Republican, Conservative and Reform lines in the general election. And Staten Island Assemblywoman Nicole Malliotakis, the Republican mayoral candidate, and former Governor George Pataki, campaigned with him the day before the election.

Holden has already declared victory, but Crowley is holding out hope given that 400 paper ballots still need to be counted. In a statement released by her campaign, she said she is “confident” that once all the numbers come in, she will triumph.

Throughout the campaign, Crowley sought to link Holden to President Donald Trump, portraying him as a Trump Republican. Holden, for his part, accused her of not doing enough to keep the city from building homeless shelters in the district.

Over in Bay Ridge, Democrat Justin Brannan, who worked for term-limited Brooklyn Councilman Vincent Gentile and the city’s Department of Education, triumphed, but by a small margin. He won 50.6 percent of the vote, or 12,516 votes, in the race to replace Gentile, according to WNYC. His main competitor, John Quaglione, a Republican and supporter of President Donald Trump’s immigration and policing policies, who served as communications director for State Senator Marty Golden, won 47 percent of the vote, or 11,621 votes.

Incumbent Brooklyn Councilman Mathieu Eugene, the first Haitian-American elected to the City Council who has been in office since 2007, won the Democratic primary with 41.1 percent of the vote. But nearly 60 percent of voters did not vote for him:  Brian-Christopher Cunningham came in second with 30.3 percent; Pia Raymond got 22.4 percent; and Jennifer Berkley got 6.2 percent.

Cunningham was endorsed by the Working Families Party and ran on the Reform line, and some people in the district expressed frustration with Eugene’s lack of visibility. And on Election Day, Cunningham’s campaign and voters in the district said that they witnessed Eugene shaking hands with voters and poll workers at polling sites, flouting state election law.

The Eugene campaign said that he was at the sites because someone had informed him that Cunningham was there before.

Brian Kelly, who ran as the Conservative candidate, got a mere 3.3 percent of the vote, or 767 votes.

In July, Brooklyn Councilman David Greenfield, chairman of the influential Committee on Land Use, said he would not run for reelection. He caught flak for announcing it after the deadline passed for candidates to petition so that they can get on the ballot, enabling his ally, Kalman Yeger, to run for his seat.

Harold Tischer, who was on the School Choice ballot, got 4 percent of the vote, or 654 votes.

But Green Party candidate Jabari Brisport, a self-proclaimed Democratic socialist who portrayed himself as anti-establishment, got 28.8% percent of the vote, or 8,619 votes — the highest number of votes for a third party City Council candidate in more than a decade, according to the New York City Democratic Socialists of America, which backed him.

The development of the Bedford-Union Armory played a key role in the race, with advocates expressing dissatisfaction with the proposal’s housing. Cumbo said she would not back it if it had luxury condos but was open to negotiating, while Brisport said he wanted all of it to be affordable housing.

Republican candidate Christine Parker, the cousin of Brooklyn State Senator Kevin Parker, a Democrat, got 3.7 percent of the vote, or 1,103 votes.

In Lower Manhattan, incumbent Councilwoman Margaret Chin, who ran on the Democratic and Working Families Party lines for a third and final term, squared off against activist Christopher Marte. The primary was a close race, with Marte winning 44.1 percent of the vote and Chin capturing 45.9 percent of the vote, according to WNYC.

Marte won the Independence Party line, which is associated with a group of breakaway Democrats caucusing with the Senate GOP. 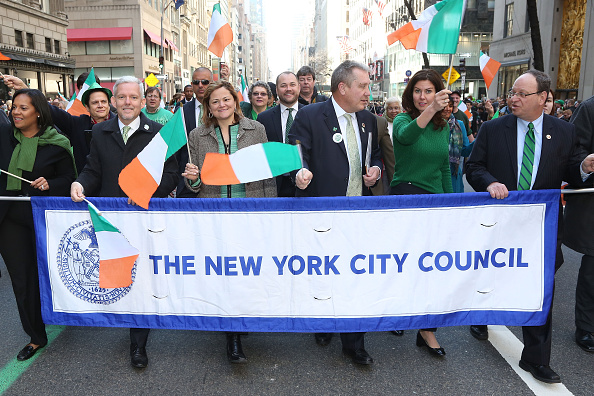