New York City officials projected that President Donald Trump and the House GOP’s tax reform plan will result in a tax increase for 760,000 families in the city — an increase of close to $5,000.

The Tax Cuts and Jobs Act, authored by Rep. Kevin Brady (R-Texas), chairman of the House Ways and Means Committee, includes new individual tax brackets and a corporate tax cut. It also includes the repeal of the federal deduction for state and local taxes (SALT) and caps the current property tax deduction at $10,000. The bill will put $1.51 trillion toward the federal deficit over the next 10 years.

In New York City, 3.9 million families file federal income taxes, according to Dean Fuleihan, the city’s budget director. Of those families, 760,000 families — most of whom are making less than $75,000 a year — would see an increase averaging nearly $5,000 next year. This comes out to an additional $3.7 billion the federal government will claim from those families.

First Deputy Mayor Anthony Shorris said that the plan is evolving and noted that the Senate version of the bill is coming out Thursday. He said that the city will see how it differs from the House bill.

“This plan is evolving as we speak,” Shorris said. “Changes have been made as recently as the last couple of days and I’m checking my phone regularly to see what else is happening on this bill 200 miles south and resistance is obviously building across the country to many elements of it.”

He noted that tax policy is “always very complicated,” pointing out that the plan has barely been vetted.

“We’re doing the best we can to understand a plan that affects literally trillions of dollars, hundreds of millions of people with far fewer facts than any tax package we’ve seen in the past,” Shorris continued. “So that’s a caveat by way of saying everything we’re gonna talk about today is quite preliminary. But here’s what we know: this is a story about businesses and wealthy people winning and working class families losing.”

Shorris said that Trump and the bill’s authors will eventually come after Medicaid, infrastructure, housing and other programs that affect vulnerable New Yorkers to offset revenue losses to the federal budget.

“We got the tax plan we would expect from President Trump and his friends and we’re dealing with the consequences of it were it to pass, although we fully expect it won’t and fighting and doing everything we can to make sure it doesn’t,” he added.

By scrapping the personal exemption and supplanting it with changes to standard deductions and with less valuable tax credits that will be partly repealed in 2023, the city said, the federal government is penalizing New Yorkers who have larger families.

A married couple filing jointly with an income of $100,000 and four dependents — two children, two college-age — and $31,000 in itemized deductions would see tax increases by $897, or more than 24 percent, for example.

“That’s a huge benefit and in any evaluation that we do of the cost to taxpayers in New York City, there are key elements that keep coming up,” Fuleihan said. “One is obviously the modification of elimination of SALT, the state and local tax deduction, the personal exemption.”

The business income, Fuleihan noted, will get a $1 trillion tax cut over 10 years, adding to the nation’s projected $10.1 trillion deficit — a guaranteed tax cut for businesses and large estates.

People with college debt — around 250,000 filers in New York City — will not be able to deduct that interest from their federal income taxes because of the plan. The city also said that New Yorkers who already have steep medical expenses will have to pay more for care and that teachers who use their own money to pay for school supplies will not be able to deduct their expenses.

And starting in 2023, working parents will not be able to deduct child care expenses from their income. In the city, at least 30,000 families benefit from that deduction.

The plan also removes private activity bonds, tax-exempt bonds the city’s Housing Development Corporation provides to finance new affordable apartments. And half of the Low Income Housing Tax Credit program, one of the largest federal affordable housing financing apparatuses, would be gutted if the private activity bonds are eliminated. This would put $2.6 billion a year at risk, the city said.

Hospitals, schools and other nonprofits also use the bonds to fund projects and provide services. Through the Build NYC program, the de Blasio administration has issued more than $3 billion on tax exempt bonds to more than 20,000 jobs at dozens of city nonprofit organizations. 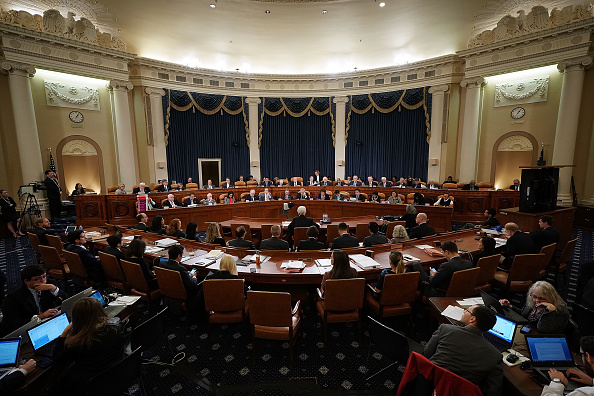