Ten out of 12 members of New Jersey’s House delegation have made it clear that they will vote “no” on HR-1, the Republican tax plan scheduled for a vote on Thursday.

The plan would see an aggregate tax cut in most states. But in New Jersey, taxpayers could end up sending $137 million more to the federal government in taxes in the next 10 years, according to a report from the Institute on Taxation and Economic Policy.

According to figures from New Jersey Policy Perspective, 27 percent of New Jersey households could see a spike in taxes if the House plan becomes law.

Critics of the bill say the reductions in federal taxes would cause an increase in the federal deficit of $1.5 trillion over 10 years, ITEP said. The bill would also curtail the State and Local Tax (SALT) deduction, increase standard income-tax deductions and reduce corporate taxes. For members of New Jersey’s delegation, the changes to SALT are the most troubling because, they say, it unfairly punishes high-tax states including New Jersey.

“More than 1 in 4 New Jerseyans would face a tax hike by 2027 in large part because the House proposal would end Americans’ ability to deduct state [or] local income or sales taxes paid while capping the amount of property taxes one could deduct at $10,000,” NJPP Vice President Jon Whiten said in a statement. “While the latter provision is being pitched as a ‘compromise’ to win over reluctant lawmakers from New Jersey and other similar states, nationally just 1 in 13 households would see any benefit from this change.”

The New Jersey Chamber of Commerce also opposes the bill.

“This proposal is exactly what we do not need … this legislation would make New Jersey less affordable and less competitive,” Chamber President Tom Bracken said in a statement.

Here is where members of New Jersey’s delegation stand on the day before the vote:

The South Jersey representative has not been shy about voicing his concern over the Republican tax bill, a plan he says is a “sham” that would provide outsize benefits for wealthy Americans and corporations while harming middle and lower class state residents.

On Monday, Norcross joined Governor-elect Phil Murphy and a slew of other members of the Democratic congressional delegation to denounce the plan and ask Republican colleagues to vote “no” when it goes up for a vote.

“This is Robin Hood in reverse,” he said.

One Republican that was quick to denounce the plan was LoBiondo, the South Jersey Republican who often breaks from his party on issues including President Trump’s now-failed plan to repeal and replace the Affordable Care Act.

“I am a NO on tax reform this week which would hurt #SouthJersey families,” LoBiondo wrote on Twitter. “When policy is right for those I represent, I support. When not, I strongly object.”

LoBiondo has announced he is not running for re-election next year.

MacArthur has said he supports the GOP tax plan — but his support is contingent on including a provision in the final bill that would preserve property tax deductions for those who live in high-cost states like New Jersey. The plan in its current form would preserve the SALT deduction, but only up to $10,000 for filers.

MacArthur welcomed Ivanka Trump and Treasury Secretary Steven Mnuchin to his district on Monday to discuss the House plan, which is backed by President Trump. They said the tax cuts in the bill would empower American families for future generations.

“I’ll vote yes, but I think our leadership in the House knows that if they come back to us with a bill that eliminates property tax, it won’t pass,” MacArthur said Monday.

Smith has been critical of the GOP tax plan and has voiced his concerns about his party’s plan.

While I believe Americans are overtaxed and need relief, I must vote “no” this week on the tax bill, H.R. 1, because of its negative impact on both New Jersey and my congressional district. https://t.co/EFVpyTKtXB

On Tuesday, Gottheimer launched a “tax hotline” for constituents concerned about the ramifications of the GOP plan. He called the bill a “six-alarm fire” on Twitter.

“Eliminating the State and Local Tax Deduction would be catastrophic tax hike on the entire state,” he said. “It will slash our ability to deduct our state and local taxes, our mortgages by 50 percent, and will drive property values down by more than ten percent. Most small and medium sized businesses will not get a break. And on top of sticking us with higher taxes, the tax hike bill is an economic disaster — it is anticompetitive and will shift jobs and people out of New Jersey.”

Pallone was one of the Democratic members of New Jersey’s delegation to stand with Murphy on Monday and call on Republicans to vote no.

“Not one of our Republican colleagues from New Jersey should be voting for this,” he said Monday. “They really ought to be ashamed of themselves if they end up voting for this thing.”

Lance is another New Jersey Republican vehemently opposed to the tax plan, claiming that the provisions of the bill would significantly favor some states over others.

“I think tax reform should benefit all Americans and not pick winner states over loser states,” Lance said in a CNBC story published last week.

Sires, a representative from New Jersey’s deeply Democratic Hudson County, claims that the plan would have a ripple effect and hurt Americans.

The disastrous GOP tax plan would add $1.5 trillion to the deficit, causing an automatic cut that could slash Medicare by $25 billion and hurt countless American senior citizens. This is fiscally irresponsible, morally cruel, and cannot be accepted.

Pascrell is a member of the House Ways and Means Committee. He argues that the bill would make “homeownership, housing, and education more expensive for New Jersey families.”

“When they can’t pay for this bill, they are going to come after Social Security, Medicare and Medicaid,” Pascrell said on Monday.

Payne has expressed concern with a provision of a Senate version of the bill that could include a repeal of Obamacare’s individual mandate.

He wrote on Twitter: “So let’s get this straight… Senate Republicans want to take insurance away from 13,000,000 people to give their billionaire friends big tax cuts. Does that make sense? I don’t think so.”

Frelinghuysen, chair of the House Appropriations Committee, has not made a public statement on the GOP tax plan since the initial draft passed the House last month. However, his district is estimated to be the hardest hit by eliminating the SALT deduction. According to NJPP, Frelinghuysen’s district has the highest number of households (about 195,000) that deduct state income and sales taxes from federal taxes.

When Frelinghuysen voted in favor of a budget resolution that included the SALT changes in October, he said that his vote was an attempt to get support for funding an appropriations package. That included $900 million in funds for the Gateway tunnel, an infrastructure project that stands to increase rail capacity between New Jersey and New York and reduce congestion.

“I am voting for the budget resolution to get my appropriations bills done,” he said in October. “I will evaluate tax reform when I see the details.’’

Watson Coleman wants to keep the House bill from getting to the Senate where the individual-mandate portion of the ACA could be removed.

She wrote on Twitter: “The #GOPTaxBill is foul. First it was a vehicle to enrich millionaires and billionaires on the backs of the middle class. Now it’s about Republicans further sabotage of health care.” 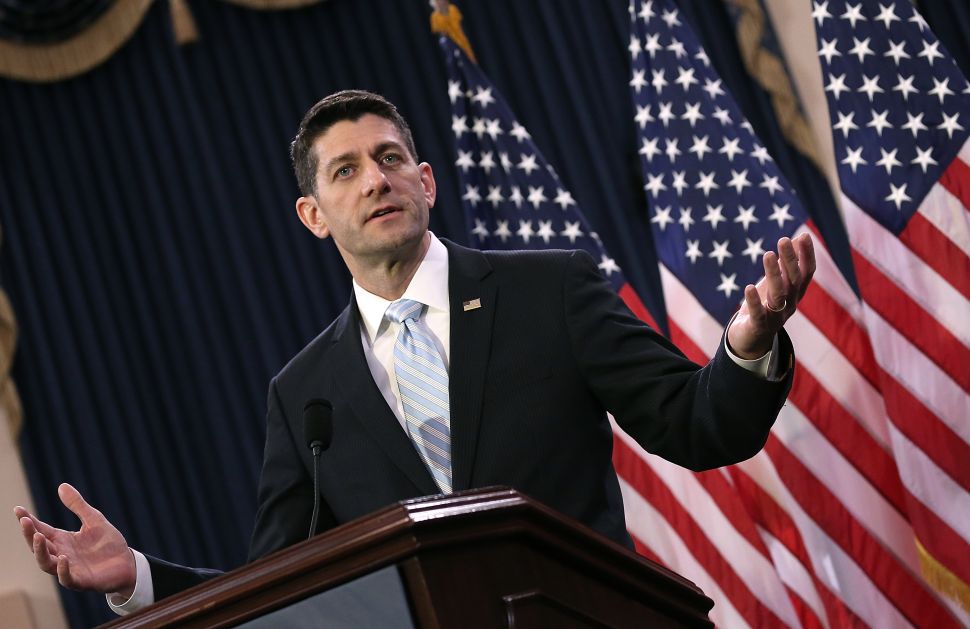