Gov. Chris Christie’s wife, Mary Pat, was nabbed for distracted driving as part of a statewide crackdown ordered by her husband’s attorney general, according to NJ Advance Media.

New Jersey’s first lady was caught driving with her cell phone in hand in April, when the state increased enforcement against distracted driving. The rookie cop from the Bernardsville Police Department had no idea he pulled over and ticketed the governor’s wife. And Mary Pat, to her credit, didn’t mention who she was to try to get out it. She pleaded guilty and paid a $250 fine.

Here is the police dash cam video from the traffic stop:

In other news, Phil Murphy released part of his 2016 tax return, showing he made $4.6 million last year. And the battle between Senate President Steve Sweeney and the New Jersey Education Association reached the $15.8 million mark.

Quote of the Day: “If writing a story about Salonia Saxton will help make you a relevant reporter than (sic) so be it. … you’re going to write the story the way you see fit. Your story is your story God’s story is my story.” — Hillside mayoral candidate Salonia Saxton (one of several names, apparently) after Rutgers University couldn’t verify she attended the school.

The Sweeney, NJEA Battle Hits $15.8 Million Mark
Supporters and opponents of Senate President Steve Sweeney have spent at least $15.8 million on the race for his Senate seat this year — a figure that already doubles the previous spending record for a legislative race in New Jersey, according to a report from the Election Law Enforcement Commission.
Christian Hetrick, Observer Read more

Menendez Jury Hears Competing Theories in Closing Arguments
Jurors in the bribery trial of Sen. Bob Menendez heard competing narratives during closing arguments Thursday, with the prosecution calling him the “personal senator” of a wealthy friend and defense attorneys accusing the government of misleading the jury with cherry-picked facts.
Associated Press Read more

N.J. Republicans blast proposed changes to state and local tax deduction
Republican members of New Jersey’s congressional delegation on Thursday lambasted a provision of the House’s sweeping tax code overhaul proposal, saying that sharply lowering the limits on a popular break for state and local deductions would be damaging for their constituents.
Politico Read more

A public bank for New Jersey: Groundbreaking idea — or just wacky?
Democratic gubernatorial nominee Phil Murphy in most ways adheres to the standard progressive political platform of 2017. But he’s got one major, unique policy proposal – the creation of a public bank into which New Jersey state government would deposit all its tax collections and from which it would make loans.
NJ101.5 Read more

Guadagno Running Hard Enough to Become NJ’s Second Woman Governor?
Republican Kim Guadagno was at her most animated at a get-out-the-vote rally of about 200 Republican faithful earlier this week in prime red country, Warren County, just over the border from Hunterdon.
NJSpotlight Read more

After an intentionally slow start, Murphy far outspending Guadagno on TV ads
Democratic gubernatorial nominee Phil Murphy is far outspending Republican Kim Guadagno in advertising dollars during the final weeks of the campaign, after allowing her to dominate the airwaves earlier in the race.
Politico Read more

Truck attack suspect’s New Jersey city a haven for Muslim immigrants
With its enormous Muslim population and reputation as a welcoming home for immigrants of some 50 nationalities, the New Jersey city of Paterson was the perfect place for the suspect in the New York City truck attack to go largely unnoticed.
Reuters Read more

Murphy, Guadagno may not excite, but they’re decent
Phil Murphy and Kim Guadagno are decent people. That’s not a political endorsement. The Record and NorthJersey.com made its decision on that score based on various criteria last week. One of the perks of my job is access to some of the key players in New Jersey – often before they are at the last rung in the ladder to the top.
The Record Read more 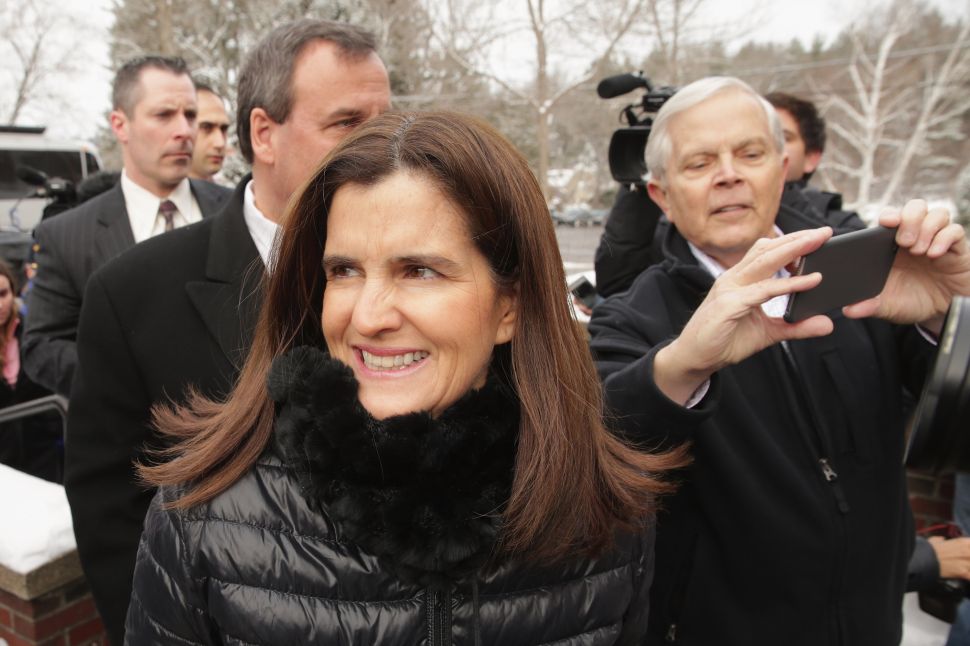