Atlantic City Mayor Don Guardian has met with the NRCC and has kicked the tires on running for Congress, his spokesman confirmed Wednesday. Guardian, who shocked many when he was elected in 2013 as a Republican in Democrat-dominated Atlantic City, lost his re-election bid to City Councilman Frank Gilliam on Nov. 7.

Former Assemblyman Vincent Polistina is meeting with the NRCC in Washington D.C. on Wednesday and is also exploring a run for Congress, NRCC spokesman Chris Martin confirmed. Polistina served two terms in the state Assembly from 2008 to 2012 in the 2nd legislative district, which includes Atlantic City and most of Atlantic County. He ran against the late Sen. Jim Whelan for the district’s Senate seat in 2011, but lost by 7 points. Polistina could not be reached for comment on Wednesday.

Mike Torrissi Jr., a Hammonton councilman and managing member at Samuel Coraluzzo, Co & Torrissi Transport — an oil trucking company that employs hundreds in the district — has also met with NRCC about a potential bid for Congress. Torrissi confirmed the meeting in Washington D.C. and said he is still interested in running for Congress.

“We’re looking at the options,” he told Observer.

The NRCC has also spoken with Assemblyman Chris Brown (R-Atlantic), who recently was elected to the state Senate for the 2nd legislative district, a Republican source said. Brown was the only Republican in the country to flip a seat in the Nov. 7 election.

In a statement, Brown confirmed he spoke with the NRCC, but seemed to throw cold on the idea that he would run for Congress.

“A representative from the National Republican Congressional Committee reached out to me shortly after the election. While it’s an honor to be considered to run, I just worked very hard during the campaign telling the families of Atlantic County I want to serve them as their State Senator,” he said. “I am focused on doing my best as their representative in the State Senate.”

LoBiondo’s unexpected decision to retire reshapes the political dynamics in a district where registered Democrats outnumber Republicans by 15,644 voters. President Trump carried the 2nd district last year, but former President Barack Obama won the district in 2008 and 2012. The Democratic Congressional Campaign Committee has the 2nd district in its crosshairs as it tries to seize on Trump’s deep unpopularity in New Jersey and pick up seats in the House.

Democrat state Sen. Jeff Van Drew (D-Cape May) announced his candidacy Wednesday for Congress in the 2nd district. Van Drew, a centrist Democrat who has served in the New Jersey Legislature since 2002, has the backing of South Jersey power broker George Norcross and all eight Democratic county committee chairs within the district. That support means Republicans will likely have to spend big to hang onto the seat.

Van Drew and other prominent South Jersey Democrats had toyed before with the idea of running for the seat, but didn’t want to take on LoBiondo, a popular incumbent.

“It will be the honor of a lifetime to represent South Jersey in Congress, especially at a time when our country most needs consensus builders,” Van Drew said in a statement. “Expect to hear a lot from me during this campaign about finding common ground. It won’t be easy or always even possible, but that must never stop us from making the effort. The future of our democracy depends on finding ways around our differences, so that we can work together on all that we have in common.”

In a statement, Martin called Van Drew the “hand-picked candidate” of House Minority Leader Nancy Pelosi, and accused him of having a record of voting to raise taxes. Van Drew has also voted against gay marriage and gun control measures. “That’s not going to play well among his party’s rabidly liberal and uncompromising base,” Martin said.

Two other Democrats have announced campaigns for the 2nd congressional district: Tanzie Youngblood, a retired teacher, and Sean Thom, a school administrator.

The 2nd district includes a large swath of South Jersey that includes all of Salem, Cumberland, Cape May and Atlantic counties, as well as portions of Gloucester, Camden, Burlington and Ocean counties.

Update (3:26 p.m.): In a statement, Assemblyman Chris Brown confirmed he spoke with a representative at the NRCC. His comments have been added to this story. 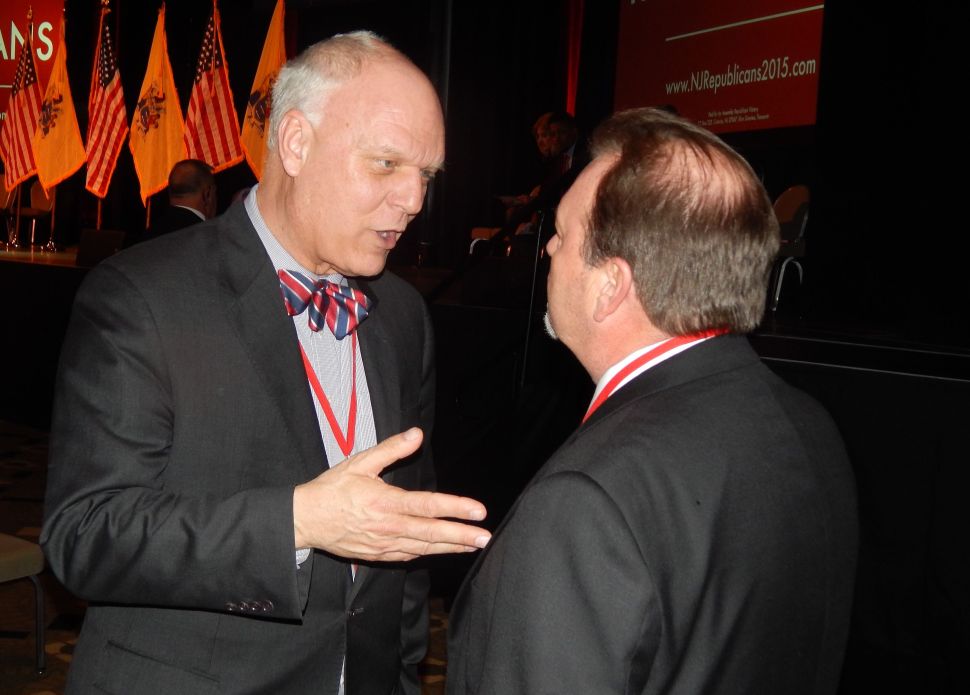