President Donald Trump’s bizarre weekend highlights just how deeply the Kremlin has burrowed into Western politics, nowhere more than the United States. Trump blew apart his Asian trip by insisting that his Russian counterpart, Vladimir Putin, had nothing to do with meddling in our election last year—because the Kremlin boss says so.

In Vietnam on Saturday, Trump announced that he spoke to Putin on the sideline of the Asia Pacific Economic Cooperation summit in Danang, and the Russian president “said he absolutely did not meddle in our election.” He added, “Every time he sees me he says I didn’t do that and I really believe that when he tells me that, he means it.” Trump then stated that the Kremlin boss “is very insulted by” reports that Russia interfered in our 2016 election, and this is “not a good thing for our country.” Adding fuel to the fire he set, Trump dismissed allegations of Russian meddling as “this artificial Democratic hit job,” then castigated the leadership of the Intelligence Community he inherited on his inauguration in January as dishonest “political hacks.”

Trump has never accepted the IC assessment that Russian spies interfered in our election last year, but even for this president, Saturday’s outburst was extraordinary. It’s not every day that the American president publicly sides with a foreign leader against his own intelligence bosses—especially when that leader is the very one whom American spies assess meddled to elect this president. That Trump chose to do this on Veterans Day, on foreign soil, did not go unnoticed by many with displeasure.

Trump’s controversial words blew up in his face immediately. Across the political spectrum, his public siding with Putin while undermining the investigation into his Moscow links was met with howls of outrage, while many are now wondering what exactly Trump’s relationship with the Kremlin is—as well they should.

CIA Director Mike Pompeo quickly entered the fray, issuing a terse statement: “The Director stands by and has always stood by the January 2017 Intelligence Community Assessment entitled: Assessing Russian Activities and Intentions in Recent U.S. Elections… The intelligence assessment with regard to Russian election meddling has not changed.” Pompeo is viewed by many at Langley and across the IC as uncomfortably close to the president, but Trump’s bizarre siding with Putin on such a major issue was something the CIA director could not countenance.

It was up to the Kremlin to deliver the coup de grâce to the wounded president, and the Russians came through with gusto. When asked about the discussion between the two presidents, Dmitri Peskov, Putin’s press secretary, flatly denied that any such conversation had taken place. As I recently explained, the Kremlin views Trump as an ineffectual weakling who can’t deliver what Moscow wants, so Putin is happy to cut him off at the knees in public to inflict maximum political pain and chaos on the United States, Russia’s “main adversary” in Kremlin parlance.

In response to his self-created debacle, Trump unleashed a barrage of angry tweets, castigating the “haters and fools” who question his Putinphilia, then ham-handedly attempted to undo the damage. Trump explained that he does believe the IC about Russian meddling, sort of. “As currently led by fine people, I very much believe our intelligence agencies,” he stated, only to waffle by adding that Putin is sincere in his denials: “I believe that he feels that he and Russia did not meddle in the election.”

Here the customary incoherent Trumpian word salad cannot make this problem go away, indeed the president just made his dire political circumstances worse. He cannot halt the special investigation of his Kremlin ties, and Trump’s imperiled political future was not helped by this weekend’s antics. All that can be said for certain is that until we get to the bottom of President Trump’s links to Moscow, the United States is out of the broader fight to resist Kremlin espionage and propaganda aimed at the West.

Fortunately, our partners across the Atlantic are in that fight on our behalf, pushing back against what I’ve termed Putin’s Special War. There’s progress to report, an important political initiative out of Prague, a city which happens to be a longtime hotbed of Russian spying and lying. In response, some Czechs got serious about the intelligence and information threat posed by the Kremlin before most of the West did.

Prague’s trailblazing European Values think-tank has just issued a policy statement that merits examination across the West. Entitled the Prague Declaration, it’s a call to arms in defense of our democracies against the onslaught of Kremlin espionage and disinformation that is subverting our elections and our values. It lays out seven urgent steps the democratic West must take to stop Russian aggression. Over 100 European and American security experts and parliamentarians from 22 countries signed the Prague Declaration (full disclosure: I’m one of them), and everyone who cares about stopping Putin’s Special War should read it.

Its seven steps are straightforward and can be implemented without too much fuss, if the will exists to do so (the declaration frankly admits that such Western will has been scarce to date). Let’s walk through them briskly.

First, Western political leaders need to acknowledge the threat to our democratic systems posed by the Kremlin’s antics. It’s past time to start resisting Putin’s Special War, since our lack of robust defenses to date only encourages more Russian aggression.

Second, Western countries must investigate and expose Russian spying and lying at the national level. The Kremlin targets its propaganda to specific national audiences, and we need to understand the details in order to counter it. This should be done transparently.

Third, we need targeted research across the West, particularly in opinion polling at the national level, to understand just how far Kremlin narratives based on disinformation have penetrated our politics and media.

Fourth, although the European Union started to push back against Moscow’s weaponized lies two years ago—which is something that still cannot be said in Washington—that effort is small and underfunded. It needs to be significantly increased in budget and personnel and should have permanent bureaucratic status in the EU.

Fifth, Western political leaders need to stop denying the reality of the Special War being waged against us. Timidity about calling Moscow out has only encouraged more aggressive Russian spying and Active Measures, and must give way to the frank talk which Putin understands.

Sixth, the West needs effective collective action, beyond the national level, to effectively counter Russian spies and lies. Working groups of like-minded EU and NATO members states need to be established to coordinate Western efforts at pushing back against Russian propaganda.

Seventh, experts talking to experts will not suffice to defeat the Kremlin’s hostile influence operations. We must engage Western governments, civil society and the public, raising awareness of the Russian threat, while sharing our findings and lessons learned if we want to win this fight.

To sum up, it’s high time for the West to get serious about the many ways that Putin’s Russia is stealing our secrets, spreading noxious lies, and stoking political and social divisions in our countries in a broad and coordinated effort to subvert our democracies. The Kremlin has been doing this for years, with too little pushback. Such timidity must cease if we expect our societies to remain free and democratic. The Prague Declaration offers a fine roadmap of where the West needs to go if we wish to prevail in this vital struggle. 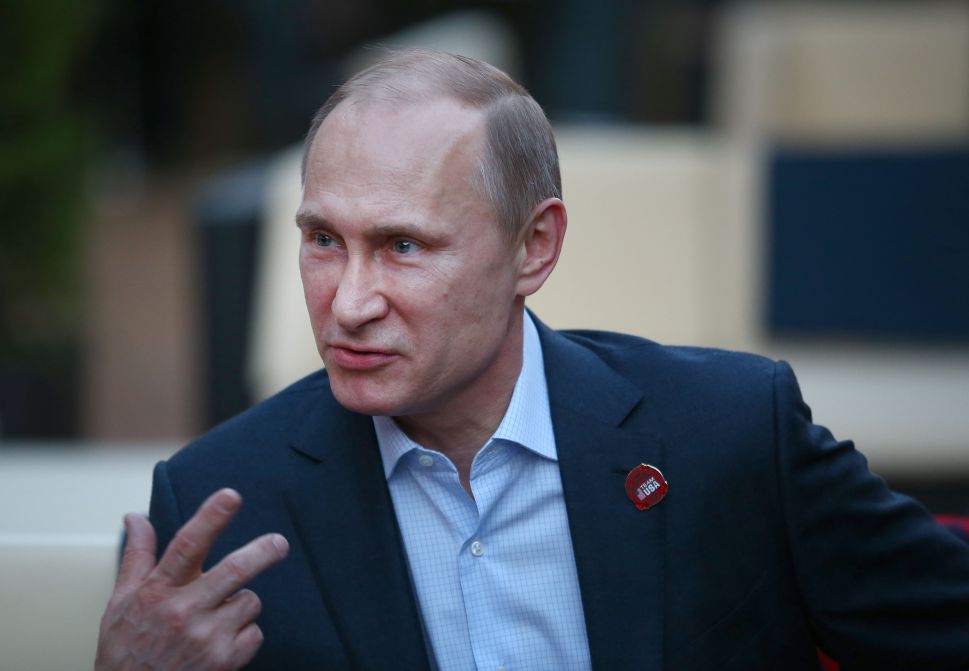