Prince William is speaking out against cyberbullying, as part of a special task force.

Kensington Palace has been documenting Prince William’s stand against online harassment on Instagram, including his visits to YouTube and Google and his meetings with people who have been personally affected by it. Maybe that explains why he won’t set up his own social media account.

The Duke of Cambridge visited the YouTube studios in London to unveil a new plan created by The Royal Foundation’s Taskforce on the Prevention of Cyberbullying. The Taskforce was created in 2016 with tech and media companies alongside children’s charities and parents to combat online harassment and has met regularly since then. The latest plan, called “Stop, Speak, Support,” gives children and their parents a number of rules to follow to try to prevent cyberbullying from happening.

Before he announced the plan, he met with parents and their children to hear their stories. He spoke with Lucy Alexander and Chloe Hine about their experiences with being teased online, as part of a moving video. In it, Hine discussed how her comments online were taken out of context and she was attacked by her peers and started self-harming. “It kind of spiraled out of control from there,” she told Prince William. After her suicide attempt, she discovered writing as an emotional outlet. Meanwhile, Alexander talks about her son Felix, who committed suicide after he was bullied.

“We are still responsible for our actions online—this anonymity as you were saying is really, really dangerous,” Prince William said before hugging the women and telling them how brave they are.

It’s been a busy week for the entire royal family. While Prince William was busy preaching kindness, Prince Harry has been spreading awareness about National HIV Testing Week and Queen Elizabeth visited Kingston upon Hull to unveil a plaque and open a medical building. 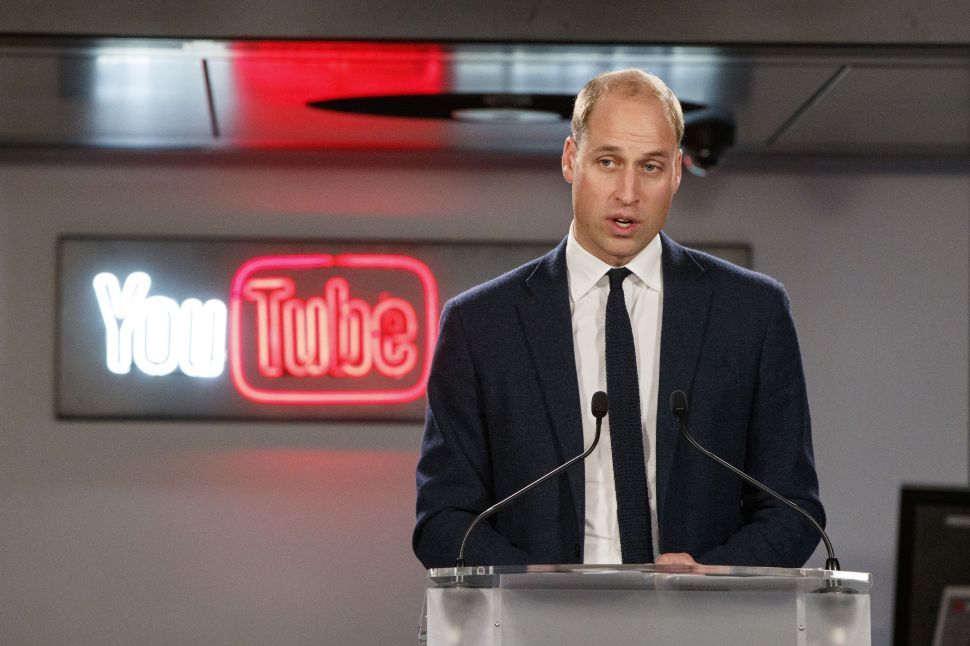