From Hollywood to Washington, men’s careers are tumbling like dominos amid a national existential crisis. Yesterday’s allegations against Minnesota Senator Al Franken came in the wake of The Atlantic‘s decision to revisit former President Bill Clinton’s alleged assaults. After three decades of controlling its own narrative, the Democratic Party must confront its hypocrisy and evolve—or splinter into disarray. This transformation can only come from progressives.

Politics is a symptom of culture. Love, sex and morality affect day-to-day lives, and policy is crafted to respond to the resulting social issues. Under America’s capitalist framework, where social struggles mask class warfare, the Democratic Party aligned itself with the side of progress, using Hollywood, the media, and academia to propagate policy alongside the discourse shaping culture. But these institutions were amalgamated by corporations preserving the very system they criticized for profit. They were never really on the side of progress. Legitimate progress threatened their structure and the illusion of progress they worked so hard to maintain.

Similarly, Democratic elites used feminism to further political agendas, fumbling the cause like a partisan football when their security was at stake. While President Donald Trump was labeled a sexual predator immediately after the Access Hollywood tape surfaced, Bill Clinton enjoyed immunity for decades over rape accusations from former staffers. Talking about them jeopardized the electability of Hillary Clinton, who many on the left saw as the ultimate triumph of feminism. The dialogue was mostly maligned to Fox News, which delegitimized the accusers and fed partisanship. The Democratic Party embraced the Machiavellian, perhaps even Clintonian, ethos of the ends outweighing the means: If Hillary Clinton was elected president, then it didn’t matter whether or not her husband was a rapist.

But beneath the veneer of progress, where the Democratic establishment insulated figures like Clinton and the entertainment industrial-complex churned out liberal caricatures like Franken, activism boiled. Social media drove uncomfortable conversations about race, gender and class, turning college campuses into incubators for a revised set of progressive values. After the stock market recovered from the 2008 financial crisis, deepening the post 9/11 distrust millennials harbored toward American institutions, sexual assault became the defining issue for students. Young women could now name assailants, share their stories, and engage in discourse. At its core, this was a battle over power, privilege, and the institutions enabling a hypocritical system.

Though there were hiccups (like when Rolling Stone falsely accused a UVA fraternity of brutally assaulting a female student), the narrative against “toxic masculinity” came to the political forefront well before Donald Trump announced his bid for presidency. Young progressives helmed this cultural awakening through social media, leaving Democratic lawmakers to play catch up. But following Trump’s election, feeling betrayed by the Democratic establishment, progressives took a sledgehammer to the mirage that leftist institutions spent years architecting.

As Republican populists dismantle Western institutions like the EU and NATO, favoring isolationism over the longstanding myth of American hegemony, progressives topple cultural industry. With progressive populism altering today’s landscape, the DNC has lost control of its narrative and must rid itself of Clinton, Franken, and every Democratic lawmaker who whitewashed the guilty, perpetrated sexual crimes, and fought against real progress. Waves of sexual assault allegations have transformed American society, and it is time they transform the Democratic Party. 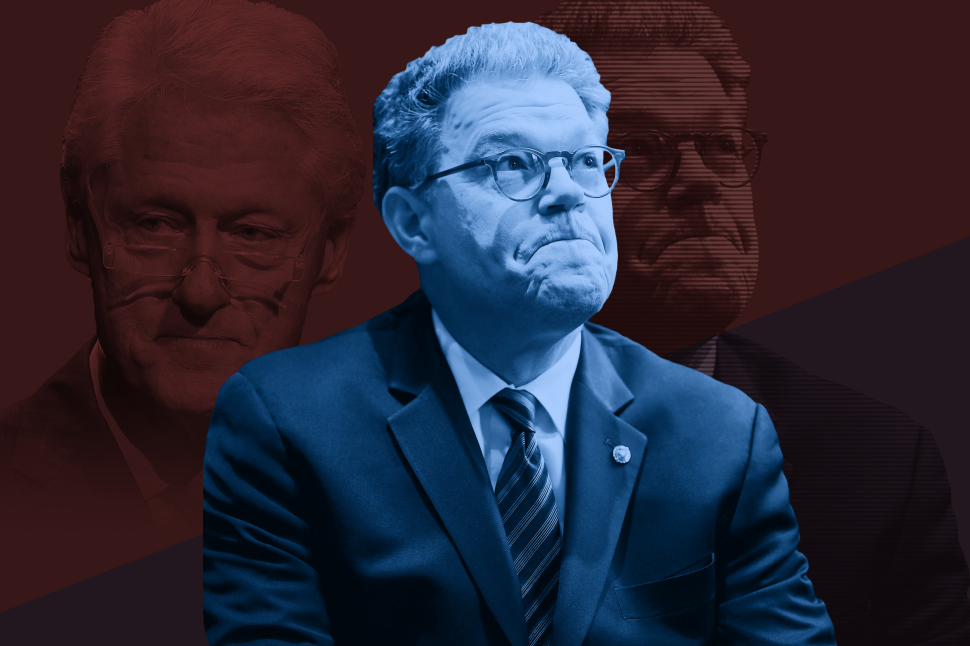