After a feud between neighbors left a United States senator with five broken ribs, retired anesthesiologist Rene Boucher, 59, has lawyered up. On Friday, Boucher assaulted Kentucky Senator Rand Paul outside his home in Bowling Green, Kentucky. The assailant was charged with fourth-degree assault and released on Saturday on $7,500 bond. During the assault, Paul had “trouble breathing due to a potential rib injury,” according to a criminal complaint filed in Warren County District Court. Paul’s office announced on Sunday the senator was recovering from five rib fractures (including three displaced fractures) and lung contusions that could take several months to heal. The causes of the assault are still being investigated, though Boucher claims the attack was not politically motivated.

“The unfortunate occurrence of November 3rd has absolutely nothing to do with either’s politics or political agendas,” said Matthew Baker, Boucher’s attorney, in a statement to Fox News. “It was a very regrettable dispute between two neighbors over a matter that most people would regard as trivial.”

“We sincerely hope that Senator Paul is doing well and that these two gentlemen can get back to being neighbors as quickly as possible,” concluded Baker.

While Boucher may be ready to put the altercation behind him, authorities and prosecutors are considering upgrading charges. The FBI is also assisting local police.

“It requires serious physical injury in order for someone to be charged with a felony,” Kentucky State police spokesperson Jeremy Hodges told the Washington Post. “Our arresting officer will submit his completed case report and then the prosecutors will make a decision about whether to upgrade those charges.”

“It is a pending, serious criminal matter involving state and federal authorities. We won’t have any further comments at this time,” said Paul’s chief of staff, Doug Stafford. 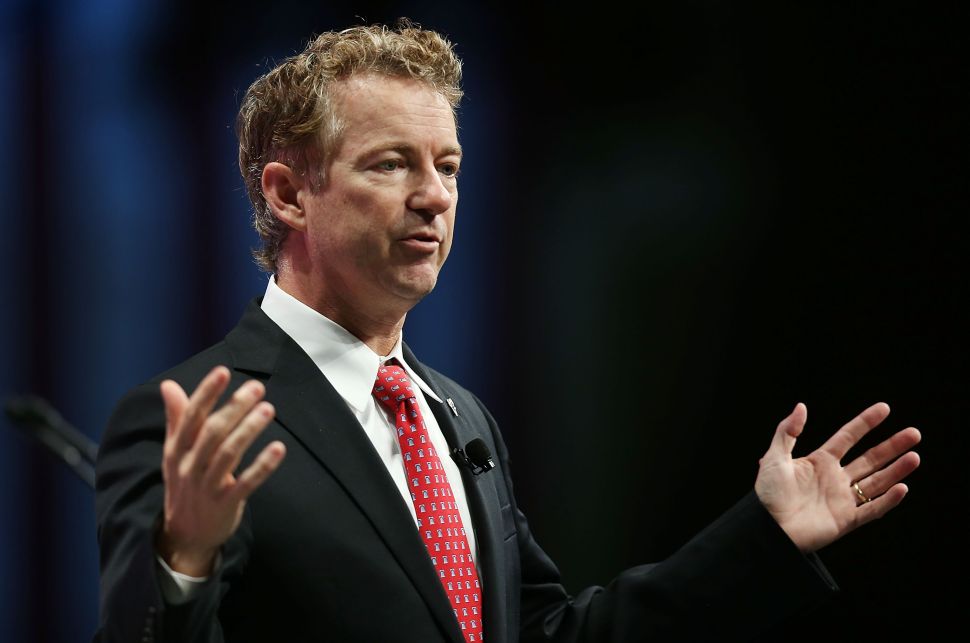