Republicans’ Tax Cuts and Jobs Act is a mess.

It appears they have tossed aside the massive tax cut that President Donald Trump campaigned on and instead have settled on something resembling a “revenue neutral” bill that neither cuts taxes for all nor creates many jobs. They have also mixed in some class warfare for good measure. Timid Republicans settled on a $1.5 trillion tax cut over the next 10 years as the largest amount of tax relief they are willing to give to voters.

By setting an arbitrary ceiling of $1.5 trillion, Congress will impose higher taxes on some to cut taxes for others. If you are a middle-class American who pays more in taxes next year as a result of a Republican bill sold as a tax cut, understand that you are paying for somebody else’s tax cut. “Revenue neutral” tax reform is terrible politics and terrible policy.

Remember, candidate Trump proposed a massive Reagan-esque tax cut that the Tax Foundation estimated was possibly as high as a $5.9 trillion cut over the next 10 years.

But the establishment Republican party leaders drafted up a meek and squishy tax plan that will not add much value to the economy. Some taxpayers will be horrified to learn that tax reform for them turned into a tax hike.

Sadly, it seems Republican leadership has forgotten the core beliefs of the party hinge on free markets, low taxes and a limited government.

The first sign of a problem with this plan was when the National Association of Home Builders (NAHB), National Association of Realtors (NAR) and the National Federation of Independent Businesses (NFIB) expressed outrage that they had interests that were targeted for tax hikes. The cap on the mortgage deduction was cut in half and a provision hammering small businesses with tax hikes was added to the plan to make sure the tax cuts did not exceed $1.5 trillion over the next 10 years.

Additionally, there is a provision that could have been drafted by class warfare leader Sen. Elizabeth Warren (D-MA) or socialist Sen. Bernie Sanders (I-VT) that targets “nonqualifed deferred compensation.”  This provision found in Sec. 3801 of the draft bill creates a new section in the tax code, Sec. 409B, that will hammer certain deferred compensation plans with taxation in a way that will render them useless.

This terrible provision will impose taxes on employees of innovative American companies who choose to provide certain deferred compensation packages. The provision imposes a tax when the plans “vest,” instead of when they pay out. Forbes asked on November 3, 2017, “Is deferred comp dead?” It might be if this provision becomes law.

Deferred compensation allows entrepreneurs and job creators to set up a plan that they can cash at a later date, including retirement. There are three class warfare taxes that raise about $3 billion a year. It defies logic why Republican bean counters on Capitol Hill would try to use this provision to pay for other tax cuts.

President Ronald Reagan made the case that many Republicans have forgotten. Reagan said, “Government’s view of the economy could be summed up in a few short phrases: If it moves, tax it. If it keeps moving, regulate it. And if it stops moving, subsidize it.” In the most recent Republican platform in the section “Restoring the American Dream” the Republican Party promised, “We oppose tax policies that deliberately divide Americans or promote class warfare.” In May of last year, candidate Trump promised, “Everybody is getting a tax cut, especially the middle class.” The Republican leadership should read up on Republican leaders of the past and our current president to understand that they need to not push Democrat-lite policies to pass a tax reform bill.

Since when did the Republican party oppose competitiveness and push policies that stunt job growth? Inspiring innovation and entreprenuership is a core American principle that Republicans should embrace, not shun. Republicans have had an awful year of pushing soft and squishy policies that continue to fail. The fact that some Republicans are so scared of their shadow that they embrace left wing tax policy to kill some forms of deferred compensation is dumb.

There is still time to stop the “revenue neutral” madness that may end up killing the bill. If we end this tax reform legislative process with a $1.5 trillion tax cut bill that punishes job creators, hikes taxes on some in the middle class, and ends up being an uninspiring shuffling of the deck chairs on the Titanic of a tax code, then expect this so-called tax reform bill to take on and sink like the flubbed attempt to repeal and replace Obamacare. 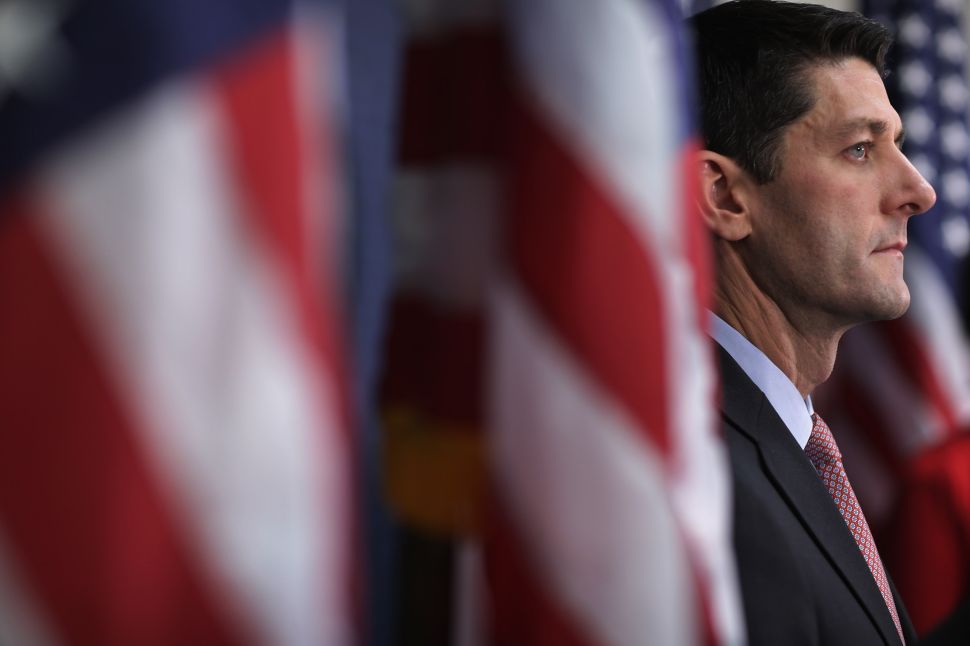