They discussed how Keith Schiller, Trump’s former bodyguard, spoke Tuesday to the House Intelligence Committee. Schiller, a heavy-handed ex-cop, knows where the bodies are buried, so to speak, as multiple investigations of the Trump gang grow closer to the boss.

“This was a man who was the first person Donald Trump saw in the morning,” Butler said of Schiller, “and the last person he saw in the evening.”

Melber cut him off.

“Hold on, Paul,” Melber said. “What about Sean Hannity?”

But as the night went on, things were not good for Trump, for Hannity, for Fox or for the Republican Party.

The president’s speech to the South Korean assembly was overly long and digressed into a Trump plug for one of his millionaires’ golf courses. All three stations carried it until just before 10 p.m. but only CNN discussed it at length afterward.

The bigger story was the victory in the Virginia governor’s race by the Democratic candidate Ralph Northam. He trounced the Republican, Ed Gillespie. The Fox reaction could be seen in the frowning face and dour voice of commentator Brit Hume speaking on Tucker Carlson Tonight in the 8 p.m. hour.

Of course, Hume saw things from a right-wing, reactionary, Republican point of view.

“That’s what has to worry you going into next year,” Hume told Carlson. “You’ve got an unpopular president. Unpopular presidents are always a drag on the incumbent party ticket in a mid-term election… It’s obviously worrisome.”

Trump’s speech took much of the 9 p.m. hour and eliminated most of Hannity’s show. But at 10 p.m., when Laura Ingraham had a chance to assess the speech or the election results on The Ingraham Angle, she led her program instead with a lengthy discussion about the most recent gun massacre, this one in Texas on Sunday in which 26 human beings in a church were slaughtered.

Rather than presenting gun safety efforts in a realistic way, The Church Lady turned the conversation to prayer and God and she said secular politicians and media are guilty of disrespecting both because they complain that it will no longer suffice to recite rote expressions of “thoughts and prayers” for families of gun victims.

She whined to her guest, Jerry Falwell, Jr., about the “attack on prayer.” Falwell is the president of the right-wing Liberty University. He agreed.

Continuing her false premise, Ingraham asked him why liberals are so afraid of a public expression of faith.

Falwell said he didn’t know but he told her “We need more good people to have guns . . . that’s the only way to stop evil.”

Her formula weaponizes religious faith and turns it into a divisive wedge issue that leads to hate. Not until the end of her show did Ingraham get around to discussing the Republican electoral disaster. And her show was the only one that skipped the Democrat’s victory speech in Virginia.

Such conversation flowed much more freely on MSNBC, where Rachel Maddow and Lawrence O’Donnell kicked off the 10 p.m. hour with it.

“That man and his party have been sharply rebuked,” O’Donnell said of Trump, who defeated Hillary Clinton one year ago despite losing the popular vote by three million ballots.

One of his guests was David Jolly, a Republican who is a former Florida congressman.

“This is what a wave feels like,” Jolly said of the election results. “Democrats won tonight because Donald Trump is president and that’s what Republicans need to reconcile with.”

He went on to list some of the reasons Trump, despite robust economic news, is plunging in the popularity polls and worrying his own party with his vicious and undisciplined tongue about race and religion, his gauche manners and his heedless ignorance of the world. 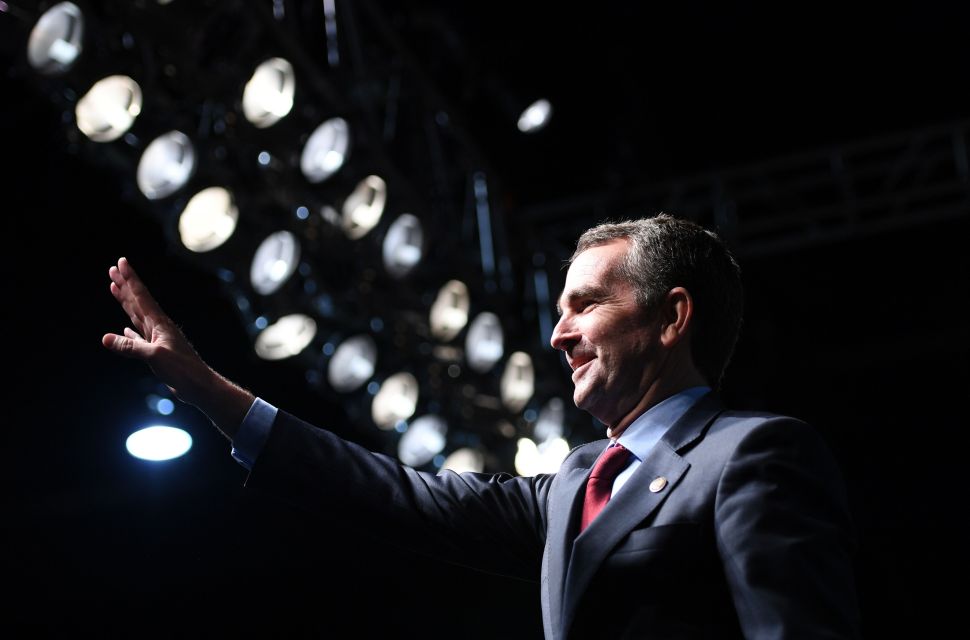