Fortune favors the bold and among Hollywood elite there’s rarely been anyone bolder than Ridley Scott. At this very moment, the almost 80-year-old director is racing to meet a December 22 release date for All the Money in the World as he reshoots all of Kevin Spacey’s scenes. It’s an ambitious and unprecedented undertaking that Scott finally commented on in a recent interview. But tucked away in his responses to this race against the clock narrative is a small nugget of news that should make film fans very, very happy.

Two years ago, 20th Century Fox won a uniquely expensive bidding war for the rights to Don Winslow’s acclaimed two-book series—2006’s The Power of the Dog and 2015’s The Cartel—at the behest of Scott. However, there’s been virtually no news on the project since. No development updates or anything, which is surprising given how phenomenal the story is and how well it would fit into today’s climate. But Scott finally provided a passing update in his talk with Entertainment Weekly.

“I’d like to do three [films] a year, but we’re going to start the next one in February,” he told the outlet. “I’m not sure if we’re keeping the title because the book is so important, but I’m doing [an adaptation] of The Cartel.”

If you haven’t read the books, you should as the story follows the engrossing friendship-turned-rivalry between DEA agent Art Keller and Mexican drug kinpin Adan Berrera and the crushingly cyclical nature of the war on drugs. It’s explosive, informative, dangerous and enthralling and the perfect modern day counterpart to the iconic Godfather trilogy.

At the time of the bidding war, Leonardo DiCaprio’s studio Appian Way Productions was rumored to be in the hunt. While Fox ultimately won the rights, Deadline reported in 2015 that the studio was still eyeing DiCaprio for the lead role of Art Keller. That might be tough to pull off given the A-lister’s busy upcoming schedule, but we can think of no one better for the role. DiCaprio has always strayed away from franchises, but The Cartel would provide him with a truncated two-picture series that, if done correctly, could go down as a newly minted crime classic.

As for Adan Berrera, who is the merciless brains of the operation, Diego Luna is a perfect fit. Coming off last year’s Rogue One: A Star Wars Story, Luna’s star has never been brighter and he certainly has the sinister yet charming energy to pull off the charismatic and low-key Berrera.

Fox should put the full weight of its resources behind this project after paying a nearly unheard of $8 million to $10 million for book rights and screenwriting fees, per Deadline. While concrete details such as casting remain unknown, it’s great to see that Scott and the studio are finally moving forward with the popular property. Now let’s just hope it’s more in line with Scarface than Scott’s other messy crime drama The Counselor. 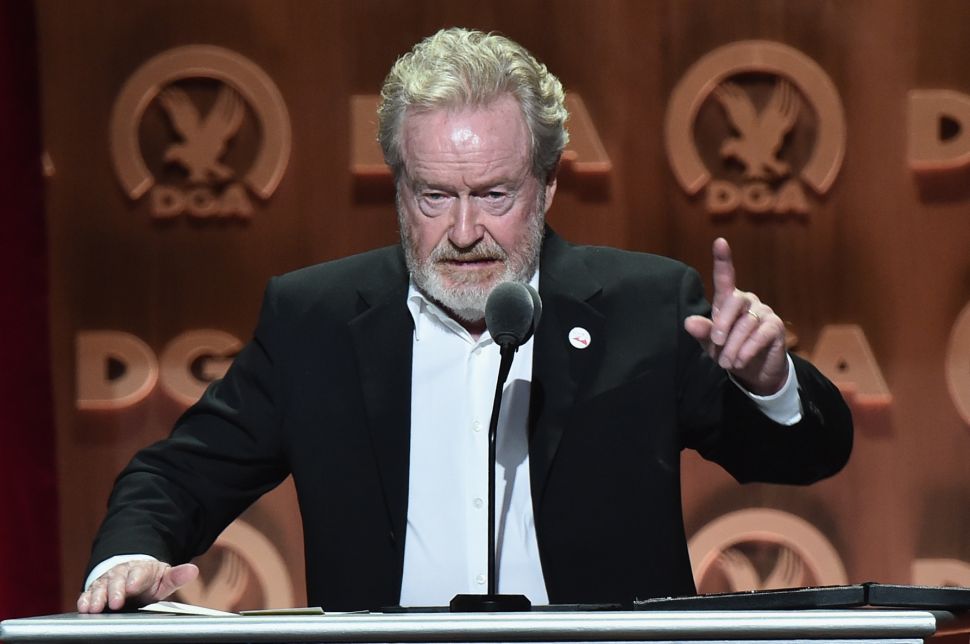