According to Russian authorities, the U.S. is aiding ISIS. And as proof, they have pictures from a video game.

Specifically, the Russian authorities are alleging that the U.S. provided the terrorist group cover because the U.S. Air Force stopped Russian strikes against the ISIS town of Albu Kamal in Syria.

A statement posted on the Russian Foreign Ministry website reads, “These facts are conclusive evidence that the United States, while imitating an uncompromising fight against international terrorism for the global community, in fact provides cover for Islamic State units.”

To corroborate this statement, the ministry posted five pictures. One of the pictures is a screenshot from a video game called “AC-130 Gunship Simulator: Special Ops Squadron.” The other four pictures are file footage from a film made in June 2016 of the Iraqi Air Force striking ISIS.

When the ludicrous ruse became obvious, the Russians removed the photos from the website—but they were not content with letting the issue languish and die. After a propaganda blunder of these proportions, most countries would have issued a quiet, formal apology and laid low until the issue receded into the background.

However, media manipulation continued as planned.

Another set of pictures that showed little and proved nothing—accompanied by a clumsy, grammatically incorrect statement—was released. The caption read, “U.S. are actually cover ISIS units to recover their combat capabilities, redeploy, and promote American interests in the Middle East.”

The U.S. does not permit attacks against innocent civilians—innocent women and children of ISIS members included. Non-combatants are given free access to leave and live. Russia does not abide by the same distinction.

The disintegration of ISIS in the last couple of months has highlighted the vast difference in style between Russia and the U.S., and this difference is a serious bone of contention between the two. And that, in part, explains the ongoing propaganda campaign to besmirch the United States, though the two countries should be uniting in their efforts to rid the world of ISIS. 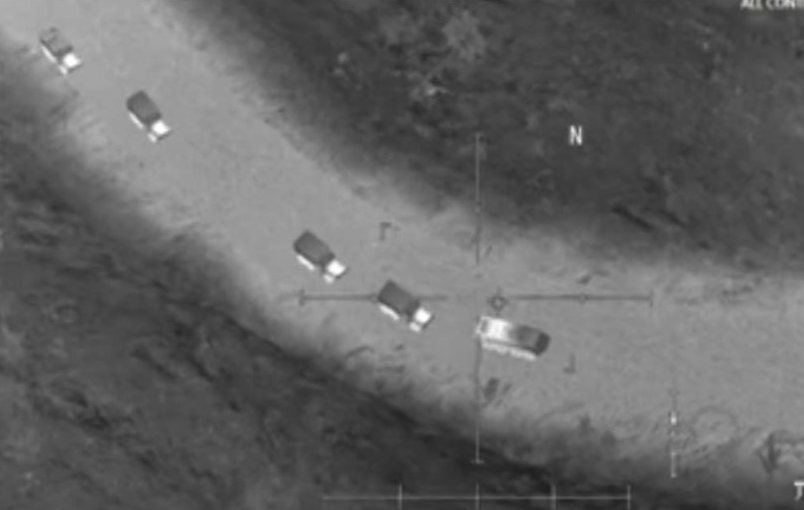