Another crazed billionaire has entered the political arena, this time from Moscow. Property developer Sergei Polonsky announced plans to challenge Russian President Vladimir Putin during next year’s election. Polonsky has garnered a reputation as a rambunctious tycoon. He is known for mocking anyone worth less than a billion dollars (a fine line when his own net worth was estimated by Forbes in 2008 at $1.2 billion) and eating his own tie after losing a bet.

Polonsky founded Potok, a diversified corporation involved in larger development projects (the Federation Tower in the Moscow International Business Center was a project the company helmed). In 2013, Polonsky was charged with embezzlement after reportedly defrauding clients and investors of 2.5 billion rubles ($42 million). Several months later, an international warrant was issued for Polonsky’s arrest while the developer was residing on a Cambodian island.

Since Russia did not have an extradition agreement with Cambodia, the Prosecutor General’s Office spent two years trying to bring Polonsky back to Russia. Upon his extradition in spring 2015, Polonsky was placed in a Russian prison where he awaited trial. This July, a Moscow court found the billionaire guilty of fraud, but let him walk free since too much time had passed.

“I plan to turn the world upside down,” Polonsky said after walking out of court.

“Sergei Polonsky has confirmed that he is running for president of Russia,” Polonsky’s campaign manager said in a Twitter post on Wednesday. “I can promise a bone-rattling election campaign.”

Other candidates challenging Putin include journalist Ekaterina Gordon and television personality Ksenia Sobchak, whose late father hired the president after his departure from the KGB. 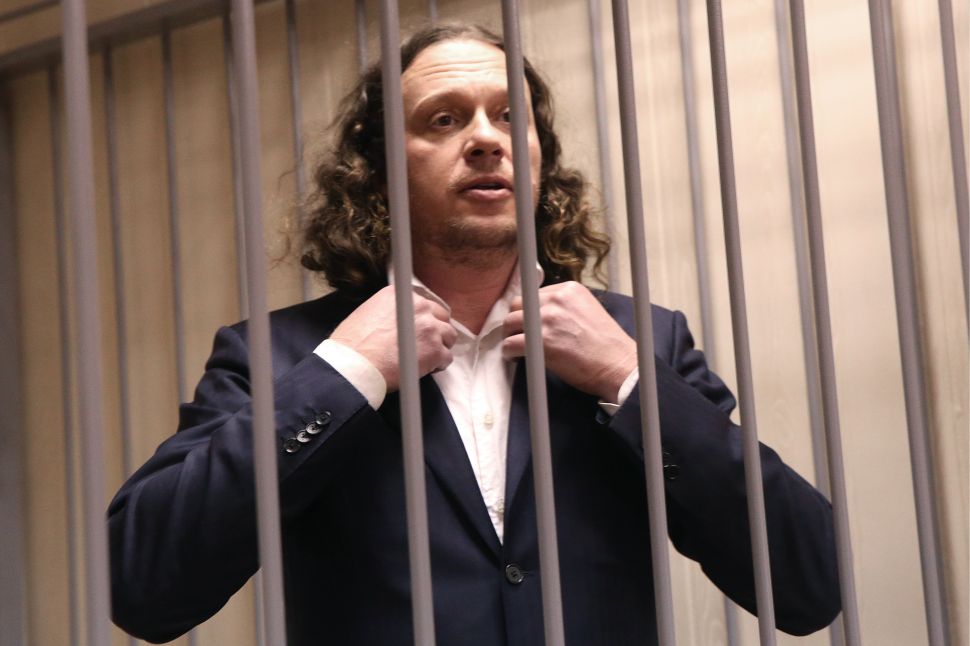