Rapper Snoop Dogg is pulling no punches when it comes to his political allegiance.

The popular hip-hop artist’s new cover for his recent EP, Make America Crip Again, features a fake Donald Trump corpse. Snoop Dogg is standing next to the body, which has a “Trump” toe tag attached to it. It is a reference to Ice Cube’s 1091 album Death Certificate.

“The President says he wants to make America great again. Fuck that shit. We gonna make America crip again,” he says on the track.

Despite the image’s content and Snoop Dogg’s previous criticisms of Trump, he insists that the cover is “not a statement or political act.”

“It’s just good music. Certain people feel like we should make America ‘great again,’ but that time they’re referring to always takes me back to separation and segregation so I’d rather Make America Crip Again,” he told Rolling Stone.

“Crip” has long been associated with the West Coast street gang of the same name, but the rapper argues he uses it to describe a time when young African American men worked together to better their neighborhoods and communities.

“A lot of people glorify the gang-banging and violence but forget that in the beginning, the Crips’ main and sole purpose was to be the reflection of the Black Panthers,” he explained. “They looked after kids, provided after-school activities, fed them, and stepped in as role models and father figures.”

Earlier this year, one of Snoop Dogg’s music videos featured him shooting at a clown dressed as Trump, which did not sit well with the president.

Can you imagine what the outcry would be if @SnoopDogg, failing career and all, had aimed and fired the gun at President Obama? Jail time!

Make America Crip Again was released as an eight-song project on October 27. 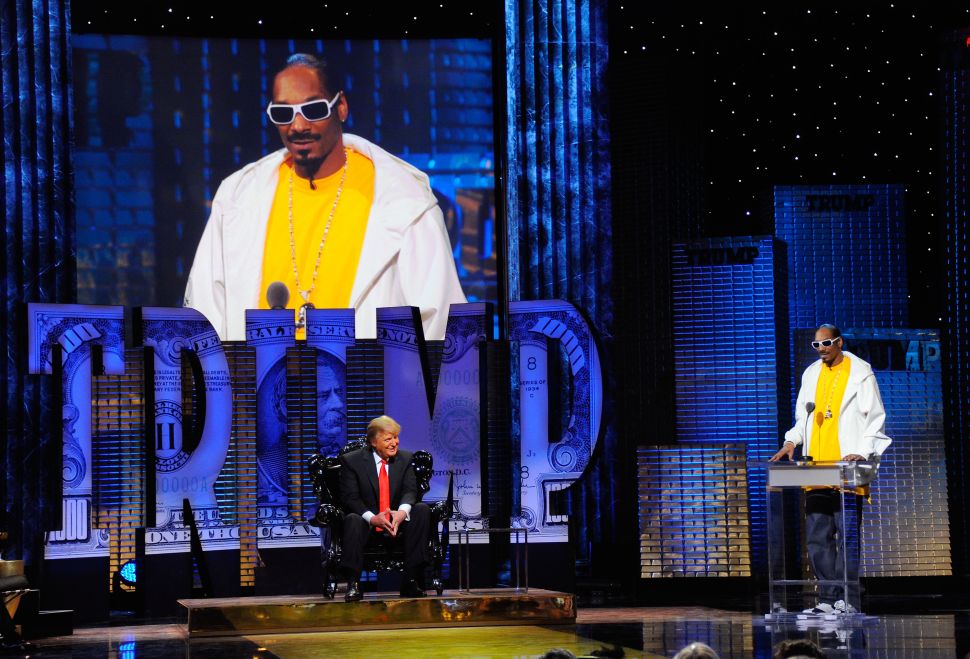