The media, including Observer, hyped Bannon’s “populist revolt” against establishment Republicans. Rush Limbaugh claimed Bannon was “taking over the role of the Republican Party.” Even Shark Tank star Mark Cuban texted the operative about running for president in 2020.

But in October, when Joe Bernstein’s explosive Buzzfeed report linked Bannon protégé Milo Yiannopoulos to white supremacists who were given a platform on Breitbart, Bannon’s narrative began to fray. Mercer resigned as co-CEO of Renaissance Technologies, claiming he had political views that “do not always align with Mr. Bannon’s,” and diverted his Breitbart shares to his daughter, Rebekah Mercer. An investor in The Daily Caller pressured publisher Neil Patel to have the site’s editor-in-chief fire its opinions editor, Rob Mariani, over a Yiannopoulos column the editorial staff had supported days earlier.

And now Bannon is defending Roy Moore against a wave of sexual assault allegations from women who claim the Senate candidate molested them as minors. Yiannopoulos was immediately ousted from Breitbart, when remarks which seemingly condoned pedophilia were surfaced—yet Bannon is fighting for the honor of an alleged child predator. Over the weekend, Bannon sent two Breitbart reporters to discredit Moore’s accusers.

“This is just another desperate attempt by Mitch McConnell to keep power, and it’s not going to work,” Bannon said on Monday’s episode of Breitbart News Daily. “You know, people in Alabama see through this. The good folks of Alabama are going to be able to weigh and measure this… This is an orchestrated hit from the Uniparty.”

Bannon has reportedly expressed doubts about Moore, making his decision to defend the candidate even more sickening. Republicans have condemned Moore’s actions (the RNC pulled out of a fundraising pact with the candidate on Tuesday), leaving Bannon alone to defend his prized racehorse.

On Monday, a spokesperson for Sheldon Adelson said the GOP megadonor would “not be supporting Steve Bannon’s efforts,” and that he instead endorsed Senate Majority Leader Mitch McConnell. Though Bannon aides told Politico they never expected Adelson’s support, the billionaire’s absence at Sunday’s Zionist Organization of America’s annual dinner was reportedly due to the operative’s attendance.

Over the past two months, Bannon has defended an accused sexual predator, given white supremacy a platform, and alienated himself from two of the Republican Party’s biggest donors. But, more important than any of that? Bannon has lost the ability to control his own narrative.

When Bannon was ousted from the White House, he framed it as a strategic play to fight on the president’s behalf. “If there’s any confusion out there, let me clear it up: I’m leaving the White House and going to war for Trump against his opponents—on Capitol Hill, in the media, and in corporate America,” he said in an interview just hours after his departure.

The media embraced this sound bite, and Breitbart hyped Bannon with favorable coverage.

Never mind that Bannon left the Trump administration just days after white supremacists murdered three innocent people in Charlottesville, Va. Or that aides regularly complained about Bannon leaking White House office politics to benefit his agenda. Or the notorious infighting between Bannon and Trump’s son-in-law, Jared Kushner. Or that Bannon shamelessly appeared on the cover of TIME Magazine as “The Great Manipulator,” and told Hollywood Insider that “darkness is good” following Trump’s election.

In today’s era of unstable majorities, when multiple parties vie for dominance amid a fractured political landscape, the pied piper of conservative populism has been reduced to a Trumpian caricature. While former White House Communications Director Anthony Scaramucci stumbles embarrassingly on Twitter, Bannon’s brand poisons everything it touches.

The fringes still govern, but the ringleader splashes alone in the gutter of Breitbart’s echo-chamber. Steve Bannon’s populist insurgency may finally be ending. 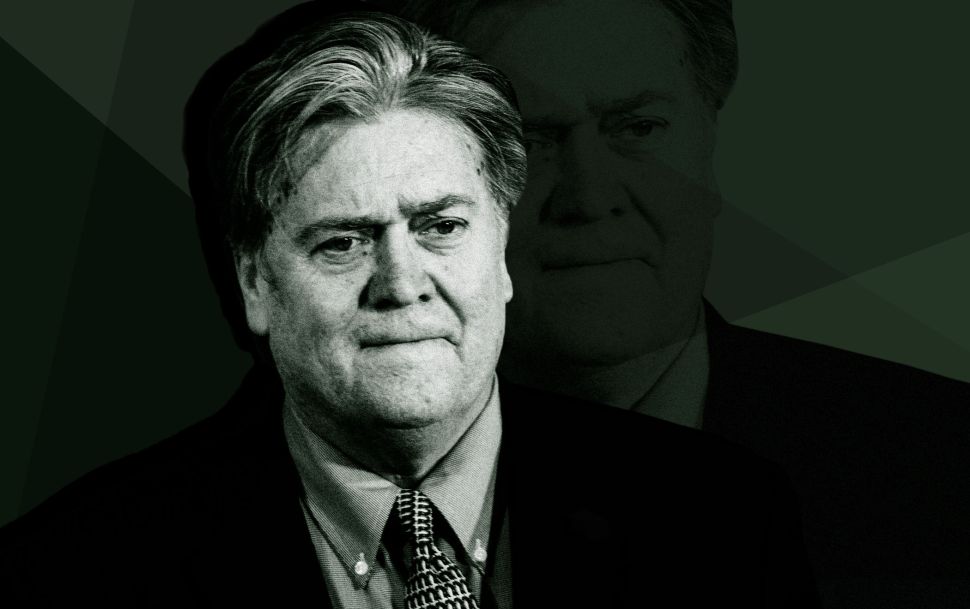