The 2016 presidential election evidenced the devastating influence foreign powers can have on social media, public perception, and—as recently confirmed by the Department of Homeland Security—the person who assumes the most powerful office in the world: the president of the United States of America.

“The U.S. Intelligence Community (USIC) is confident that the Russian Government directed the recent compromises of e-mails from U.S. persons and institutions, including from U.S. political organizations. The recent disclosures of alleged hacked e-mails on sites like DCLeaks.com and WikiLeaks and by the Guccifer 2.0 online persona are consistent with the methods and motivations of Russian-directed efforts. These thefts and disclosures are intended to interfere with the U.S. election process,” wrote the Department Of Homeland Security and Office of the Director of National Intelligence on Election in a joint statement released on October 7th.

A study released in July 2016 by Gary King of Harvard University, Jennifer Pan of Stanford University, and Margaret Roberts of the University of California San Diego suggests that Russia is not the first nation to use social media to create illusion. Instead, the researchers’ findings show that China creates its own “fake news,” specifically in the form of 488 million social media posts per year. While Russia aimed to tip the American political conversation toward Donald Trump’s presidential campaign, China has its own reasons for virtually-manufacturing the political landscape: boosting President Xi Jinping’s image by spreading pro-regime propaganda.

The idea for the study came after a 2014 email leak from a Chinese propaganda department in the Jiangxi province. The researchers identified 43,000 government-sponsored posts and comment campaigns and launched an investigation that discovered even more “cheerleading” posts, meaning posts intended to celebrate the government, express patriotism, and diffuse negative political rhetoric.

The major difference between Chinese and Russian fake posts? China didn’t use bots—the posts were written by a group of workers paid 50 U.S. cents per post.

The study’s findings contradicted previously held inferences about Chinese propaganda, namely that the government regulates online conversation by deleting politically-disparaging posts and surveilling those who speak out against the government. Instead, the government’s strategy is to throw more babble into the void, overshadowing naysayers with government fans.

“In contrast to prior claims,” reported the study, “we show that the Chinese regime’s strategy is to avoid arguing with skeptics of the party and the government, and to not even discuss controversial issues. We infer that the goal of this massive secretive operation is instead to regularly distract the public and change the subject, as most of the these posts involve cheerleading for China, the revolutionary history of the Communist Party, or other symbols of the regime.”

On Tuesday, Reuters broke the story that the Russian government was asking companies to supply it with news that praised state leadership, as evidenced by documents Reuters intercepted from the Russian energy ministry. The government called upon major Russian energy companies to supply state-run news outlets with stories detailing successes in state-supported initiatives, echoing China’s media strategy. It turns out the Chinese are the original peddlers of fake news. The Russians are simply repurposing a strategy that’s proven effective.

King’s research suggests that the Chinese government can make certain events seem more important than others by increasing the quantity of posts about them, thereby giving the government control over the national conversation.

“That’s what social media is,” said King to the Harvard Gazette at the time of the study’s release. “It’s likely this activity has a big effect… What we do not know is the trajectory or ultimate outcome of the ongoing arms race between government efforts at information control and popular efforts at expression and collective action.”

The study reframes the way we conceive of “fake news” and how it emerges into mainstream politics. “The difficulty with online propaganda, and we’re seeing this in the U.S. and other democracies around the world right now,” study co-author Margot Roberts told Vox News in an interview, “is that it doesn’t function overtly like traditional forms of censorship. Most people object to blatant censorship. But online propaganda is a form of participation as well as form of censorship, so it’s difficult to know what the right policy is.” 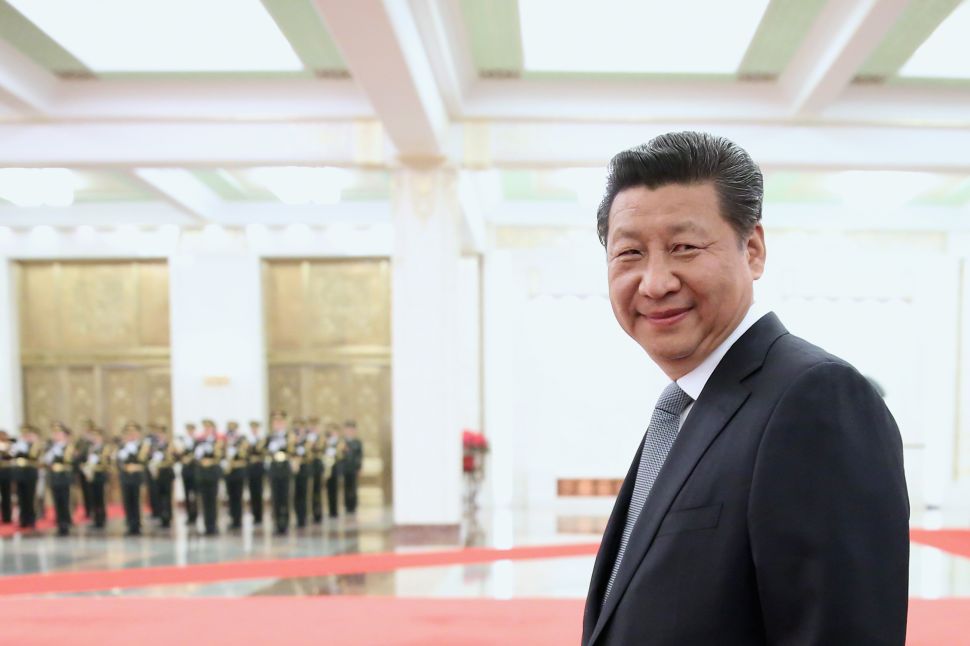