The news that dog owners make for happier people comes as no surprise, but a new study by a team of Swedish researchers at Uppsala University argues for a link between dog ownership and a lower risk of cardiovascular disease—specifically emphasizing the positive physical health benefits of dog ownership for single people. If you’re currently unmarried and living alone, there’s never been a better time to invite a four-legged friend into your life.

Beginning in 2001, the study followed 3.4 million individuals with no prior cardiovascular health issues, tracking their information throughout seven national databases and two dog ownership registries. Since 2001, reporting dog ownership in Sweden has been mandatory and, because the Swedish government assigns each citizen a unique identification number at birth (similar to a social security number), it was simple for researchers to count every doctor or hospital visit, tracked in a vast national database. With access to a plethora of reliable data, the team was able to gather that single dog owners had a 33 percent lower risk of premature death from cardiovascular health complications and an 11 percent lower risk of cardiovascular disease, as compared to single non-owners.

The study, published in Scientific Reports, specifically highlighted the physical benefits of dog ownership for single individuals. “A very interesting finding in our study was that dog ownership was especially prominent as a protective factor in persons living alone, which is a group reported previously to be at higher risk of cardiovascular disease and death than those living in a multi-person household,” said lead study junior author and PhD candidate Mwenya Mubanga in a media release from the university. “Perhaps a dog may stand in as an important family member in the single households.”

The level of companionship and sense of purpose that accompanies pet adoption inevitably causes dog owners to lead happier lives, but how do researchers defend the idea that dog ownership can directly affect cardiovascular health? “We know that dog owners in general have a higher level of physical activity, which could be one explanation to the observed results,” said Tove Fall, senior study author and Associate Professor in Epidemiology at Uppsala University’s Department of Medical Sciences and the Science for Life Laboratory. Cardiovascular exercise is often difficult to fit into a busy schedule, and the responsibility of caring for another life allows for a strict, uninterrupted regimen of physical activity. In short, all that dog walking truly pays off—often in the form of lower medical bills.

“Other explanations include an increased well-being and social contacts or effects of the dog on the bacterial microbiome in the owner,” suggested Dr. Fall. The human microbiome, the collection of bacteria that exists in the gut, may be subject to change in households where dogs are bringing new, unfamiliar strains of bacteria into the home, improving the gut’s ability to fight off disease as it becomes exposed to different types of bacteria.

As if you needed any more motivation to finally get that dog, science is now backing the cardiovascular benefits to adopting your future best friend. Dog adoption is an investment in your overall well being, and it’s definitely cheaper than doctor’s visits and therapy sessions. 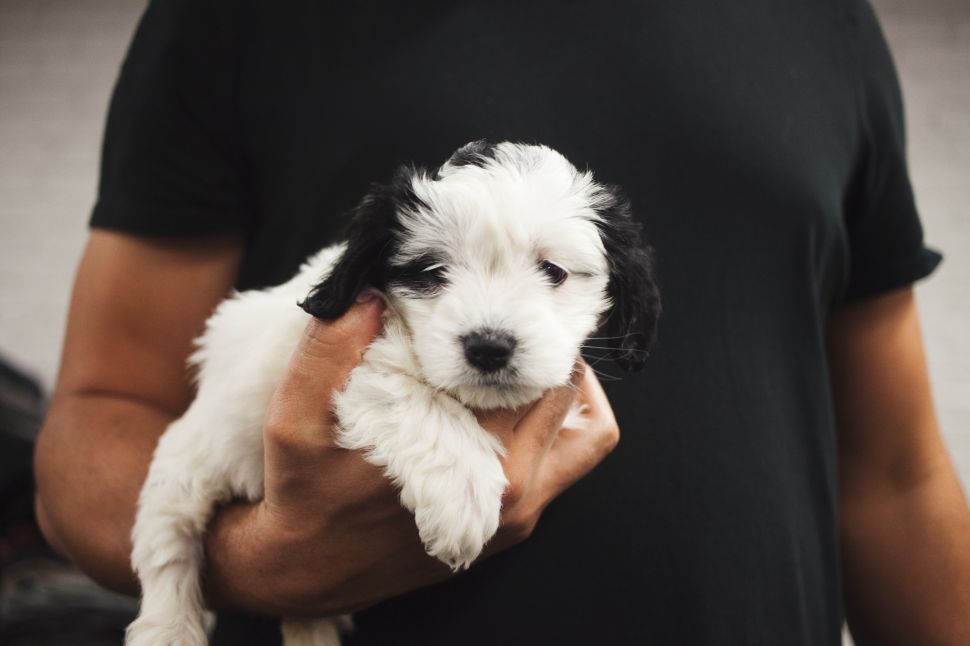