When should the NFL hit the panic button? Now seems like the right time.

Last night’s primetime matchup between the Miami Dolphins and Oakland Raiders on NBC’s Sunday Night Football marked a season-low in the ratings. Per Nielsen (via Variety), the game averaged a 4.0 in the advertiser-friendly 18-49 demographic and 11.7 million viewers overall. While this is still a healthy number, it’s a a big drop from last week’s SNF (4.3, 12.7 million) which put up bigger numbers while competing against the World Series. Uh-oh.

Before venturing further, we should remind you that viewership for live sporting events are difficult to track, meaning these numbers could fluctuate in the coming days. For example, last week’s game ended up with a 4.8 rating and 13.9 million viewers. But there’s no good reason for the NFL to be putting up similar ratings numbers as a disappointing episode of The Walking Dead.

Regardless, this is a troubling trend overall as the 2017 season has continued to see its ratings sink and does not have the luxury of blaming a wacky presidential election for stealing viewers like last season. Most have pointed the finger at the ongoing National Anthem protests instead as overall viewership is down roughly 8 percent.

NFL Commissioner Roger Goodell and several owners across the league have publicly come out against the National Anthem protests, but that has only further divided the players from the sport’s governing body and has had no real impact on ratings. What’s become lost in all of this commotion is the protest’s original intent, which was to raise awareness of racial inequality and police brutality against African Americans in the United States.

NBC still managed to win the ratings contest for the night with a 3.9 and 11.4 million viewers. But as viewership continues to drop, advertisers will stark balking at the NFL’s pricing demands, as will networks like ESPN, who shell out north of $2 billion a year for broadcast rights. The NFL is still projected to generate $14 billion in revenue this year, but this is no longer just a blip on the radar. This is real and the league needs to start planning accordingly. 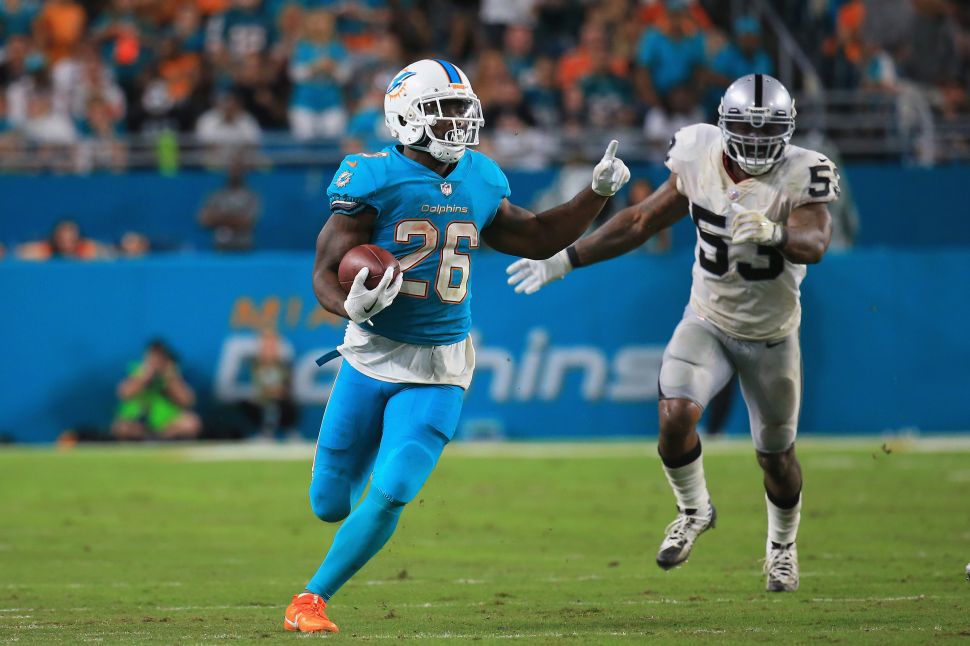