Icahn is asking the Casino Reinvestment Development Authority for $5.6 million to cover some of the cost of demolishing the former Trump Plaza casino. Icahn plans to replace the waterfront gambling hall and President Trump namesake with a parking lot. The CRDA board voted last week to review Icahn’s request.

Sweeney (D-Gloucester) called on the CRDA board to reject the request and blasted Icahn in a harshly-worded statement. He has feuded for years with Icahn, who closed the Trump Taj Mahal casino last year amid a labor strike. Icahn also appealed his casinos’ property assessments to the tune of millions of dollars.

“Carl Icahn is no friend to Atlantic City and he has a record of harsh treatment of working people,” Sweeney said in a statement. “I have serious questions about allowing him to take $5.6 million in funds intended to promote economic development for the city and its residents and instead use the money for his own property. He has a track record as a profiteer who denies fair pay and benefits to workers. His proposal should be rejected.”

The money Icahn is asking for comes from the Investment Alternative Tax, a 1.25 percent levy on casino gross gaming revenue. The fund was originally created to pay for urban renewal in Atlantic City, but CRDA’s spending mission shifted repeatedly and eventually allowed casino owners to spend the public funds on their own properties. The tax revenue is now diverted to Atlantic City to help it pay down its hundreds of millions of dollars of debt. CRDA Executive Director Chris Howard told Observer the $5.6 million Icahn wants was collected before IAT funds were diverted to the city by a 2016 state law.

State and local officials have previously discussed demolishing the Trump Plaza, a white elephant that greets tourists coming off the Atlantic City Expressway. In 2014, after the Plaza and three other casinos closed, a state panel charged with reviving the resort city called for the “demolition of certain failed casinos to create greenscapes providing convenient access to the Boardwalk and ocean.” The report did not name the Trump Plaza, but later called it a “development opportunity.”

There are currently no development plans for the Trump Plaza — other than the parking lot — something Sweeney seized on. “Before any other public funds are used on the property there should be a plan in place that explains how the property will be used and what the project will contribute to Atlantic City’s economic revival,” he said.

Icahn also owns the Tropicana Atlantic City casino. He sold the Taj Mahal in March to a group of investors led by Hard Rock International, which plans to reopen the casino in summer 2018. 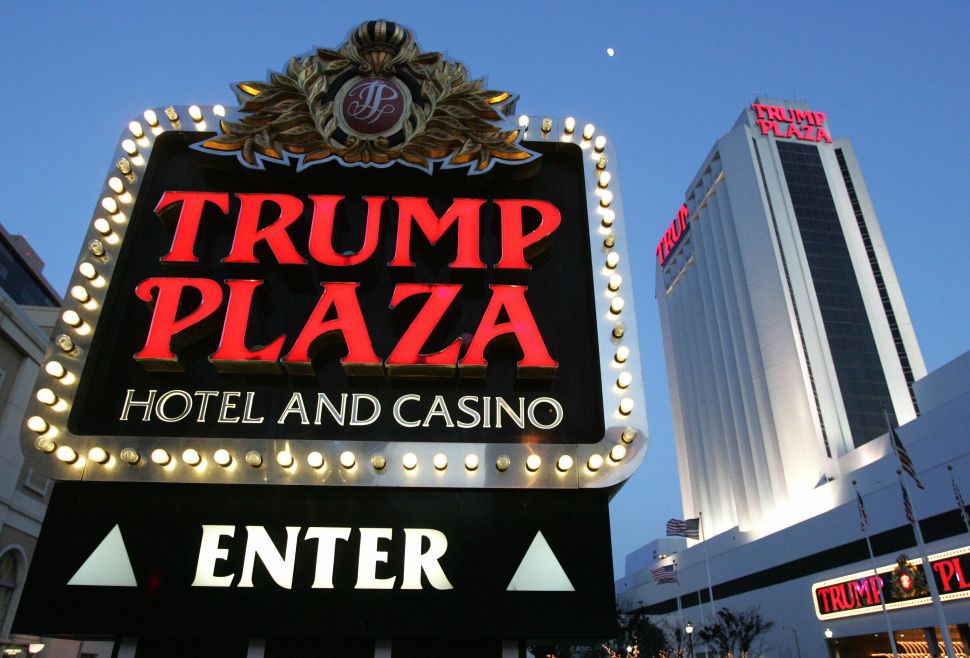